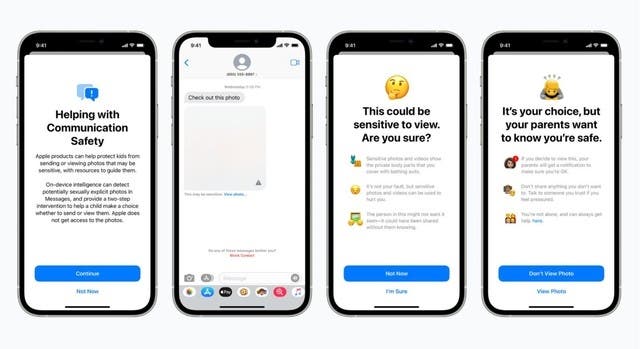 Apple said: “Some things shouldn’t be shared, that’s why the iPhone is designed to help you control information and protect privacy”. The company has repeatedly believed that user privacy is a “basic human right” and the company’s “core values”. At the 2019 CES show, the company even contracted a huge advertising space for a hotel. The advertisement says “What happens on your iPhone stays on your iPhone”. This huge advertisement expresses Apple’s importance to user privacy.

Just a few days ago, Apple announced a new technology that broke the so-called emphasis on user privacy that it has been insisting on. The company recently released a new end-to-side tool for scanning and detecting “Child Sexual Abuse Content”. What is end-to-side scanning? It means that the scanning will be done on the user’s device. In order to complete the detection of “child sexual abuse content”, iOS and iPadOS will have a new technology that allows the company to detect the hash value of images/videos on its devices. Whether you are sending or receiving, Apple will be able to detect “child sexual abuse content”.

Read Also:  Here is the best-selling smartphone in the Chinese market
Join GizChina on Telegram 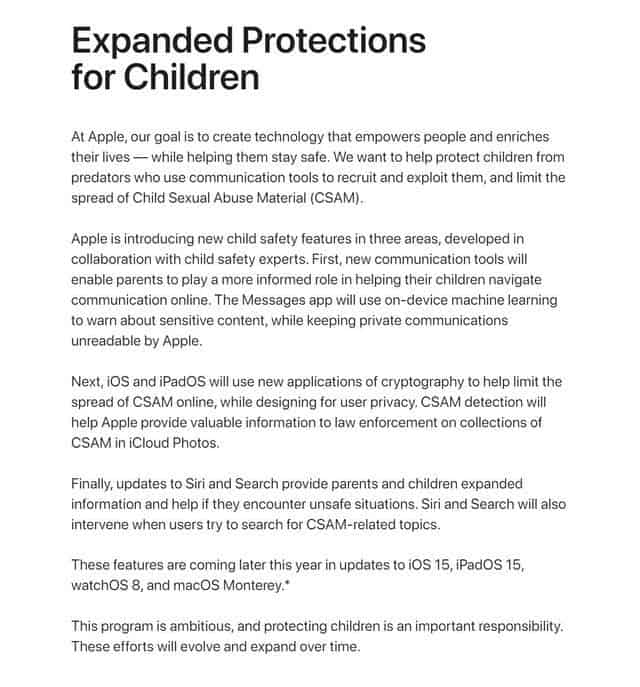 Apple will then compare the extracted hash value with the hash database of known child sexual abuse images provided by the National Center for Missing and Exploited Children (NCMEC) and other child security organizations.

In order to verify whether certain photos or pictures belong to child sexual abuse content, Apple stated that this database will be converted into a set of unreadable hashes, stored safely in the user’s device. Thus, when users receive or send photos on iMessage, the system will also complete monitoring of the photos.

If the system considers this photo to be an explicit photo, it will be blurry, and iMessage will warn the child and reconfirm whether the child wants to continue browsing or send the explicit photo. In addition, if the child previews or sends explicit photos again, the APP will automatically notify the parents.

The American manufacturer will also use a similar algorithm to detect photos sent by users to iCloud. Before uploading to the server, it will perform a series of encryption work on the files. If after uploading the photos to iCloud and completing the hash value comparison, Apple believes that the photos contain child sexual abuse content, Apple’s servers will decrypt the photos and manually check them.

Some experts believe that Apple’s original intention of proposing the CSAM program is good. They also believe that the crackdown on such illegal acts is absolutely just. However, this whole set of solutions bypasses the end-to-end encryption solution originally designed to enhance user privacy. This is obviously a backdoor that could pose serious security and privacy risks.