Facebook has added end-to-end encryption for voice and video calls to Messenger. The company announced on its blog that it is rolling out this innovation today along with new controls for disappearing messages. Some users will also have access to additional test functions related to encryption.

Facebook Messenger got end-to-end encryption of text messages in 2016 when the social media giant added secret chats to the app. Now, this mode also supports calls. Facebook said it is rolling out the feature as interest in voice and video calls grows. The company says that Messenger users currently make over 150 million video calls a day.

One of Facebook’s messengers, WhatsApp, has been offering end-to-end encrypted calls for some time, which prevents anyone other than the other person from seeing the content of the conversation. A number of messengers from other companies offer similar solutions, including FaceTime, Zoom, Signal and Telegram. Previously, there were rumors that Facebook might roll out end-to-end encrypted group chats for WhatsApp, Messenger and Instagram, but that hasn’t happened yet.

The updates described above will be available to all users. In addition, some of them will be able to conduct end-to-end encrypted group chats with friends and family if a separate chat thread has already been created for these users. It’s also worth noting that Instagram Direct messages have received end-to-end encryption support. 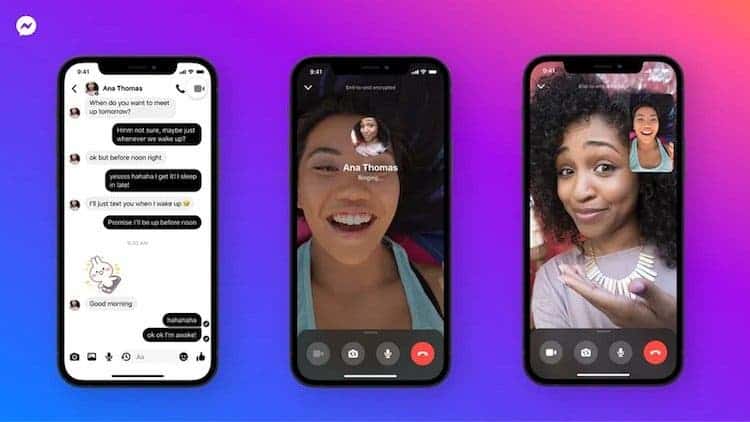 Social network Facebook has confirmed the construction of a giant campus of next-generation data centers in Mesa (Arizona, USA). At the first stage of construction, it plans to obtain a data center; with an area of ​​approximately 90 thousand square meters; and ultimately the available area will reach 278.7 thousand square meters. Investment in the project will cost $ 800 million.

Rachel Peterson, VP of Infrastructure at Facebook, said Mesa was chosen for a number of reasons. Including good access to resources, the ability to generate energy from renewable sources; and valuable workforce to build and maintain the site. True, to maintain the data center, you will need to hire only about 100 people.

It should be noted that the authorities have spoken out against the construction of the data center, indicating that it will consume too much water. And data centers, as it turned out during legal battles with Google, consume not just a lot; but a lot of water , which is especially critical in arid regions.

Next Apple is now "reducing" its privacy protection emphasis