iQOO 8 series smartphone has been spotted on Geekbench with key specifications and other details just ahead of its launch. The popular Chinese smartphone brand is set to take the wraps off its latest flagship series of smartphones dubbed, the iQOO 8. The upcoming lineup will be graced by a couple of awe-inspiring devices including the iQOO 8, and the iQOO 8 Pro.

The company hasn’t even attempted to keep details about its new flagship smartphones strictly confidential. In fact, the popular brand has rolled out multiple teasers that gave us a glimpse of the features which the two devices will offer. One of the aforesaid models has now appeared on Geekbench. As expected, the Geekbench listing has divulged more details about the upcoming smartphone.

The much-awaited iQOO 8 lineup will hit the store shelves in China on August 17. One of the two upcoming iQOO series phones got listed on Geekbench. The listing has revealed several details including the phone’s model number along with its key performance unit. The model number of iQOO’s upcoming flagship phone is V2141A. It is difficult to come to the conclusion in terms of whether this is the standard version or the Pro variant. 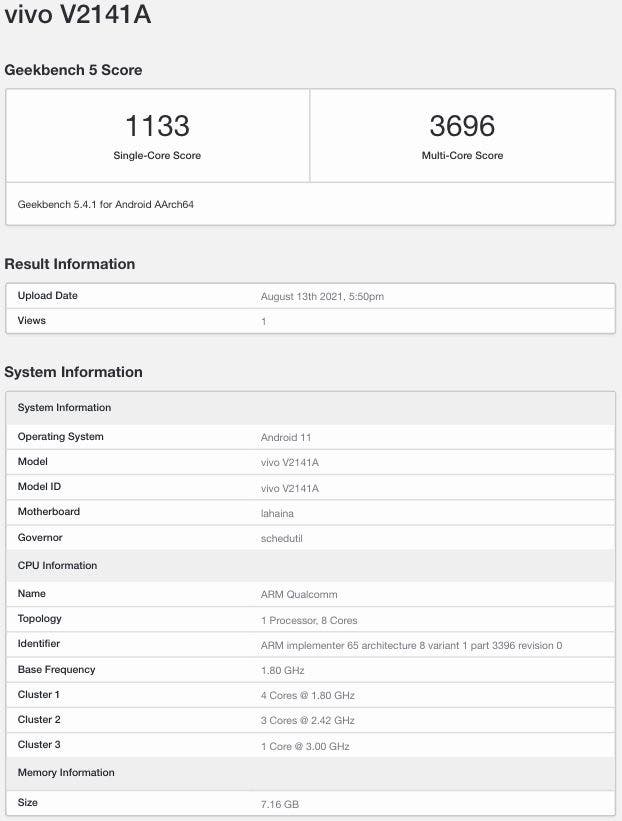 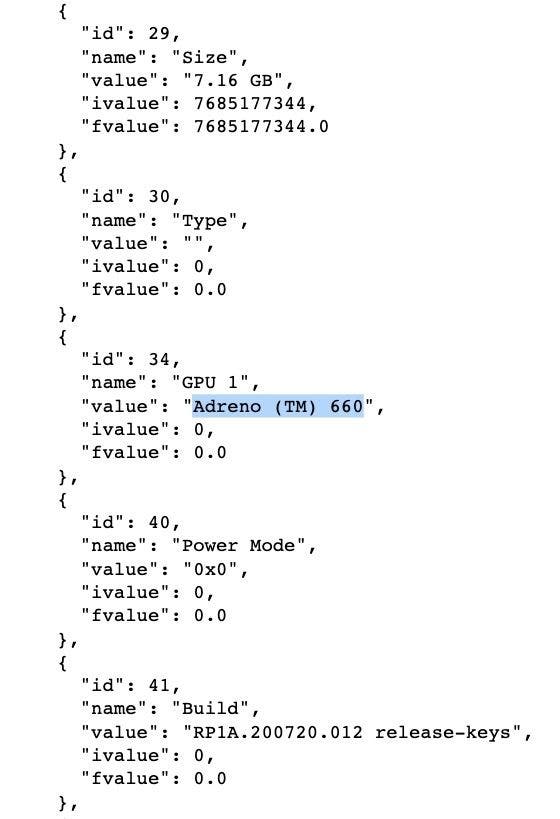 The aforesaid variant has 8GB of RAM and comes with a Snapdragon 888+ SoC, which is clocked at 3.0GHz. Moreover, the device packs a competent Adreno 660 GPU under the hood. These official teasers have already confirmed these shreds of information. The company could use a standard Snapdragon processor overclocked version to keep the vanilla iQOO 8 and the iQOO 8 Pro powered up, according to a GizBot report.

According to the Geekbench listing, the phone will run on Android 11 OS out of the box. It will have a layer of Funtouch OS 11 or OriginOS based on the region. The phone’s Geekbench scores are quite impressive. The iQOO 8 series scored 1133 in Geekbench’s single-core and 3696 in the multi-core tests.

The smartphone maker has confirmed a myriad of key details about the upcoming phone until now. For instance, we already know that the phone will ship with a mammoth 12GB of RAM. On top of that, it will come with extended RAM support of 4GB. The standard model will support 120W wired fast charging, and the Pro variant will support 10W reverse wireless charging and 50W wireless fast charging. 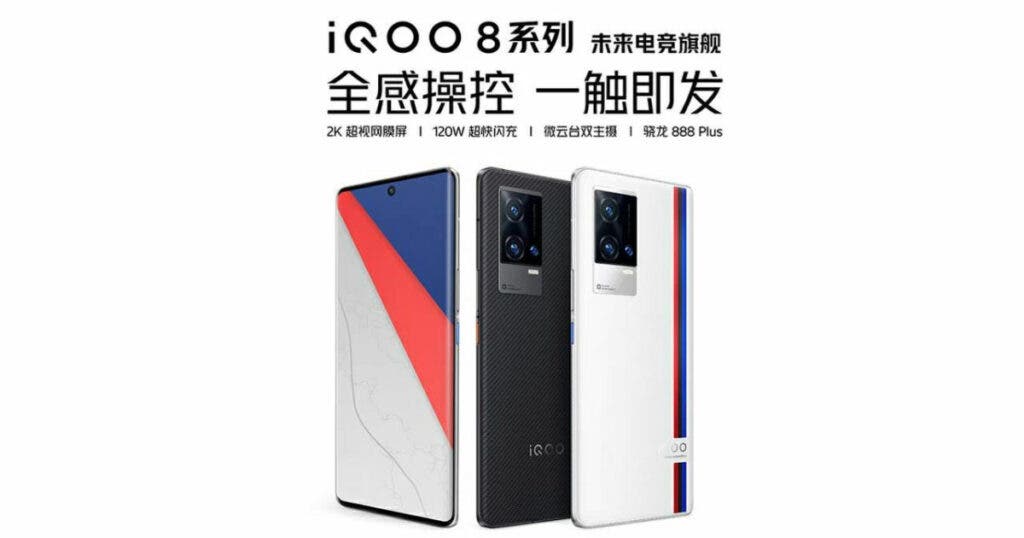 Moreover, the company has revealed details about the iQOO 8 Pro model’s camera setup. The Pro model will house a triple camera module at the back with VIS five-axis anti-shake micro-cloud gimbal stabilization support. The phone will feature a 50MP primary lens, a 48MP ultra-wide sensor, and a 16MP mid-focus lens with 14-60mm of focal length.

Upfront, the device will feature a curved 2K LTPO OLED display with 2K resolution. Furthermore, it will support a variable 1Hz-120Hz refresh rate. The standard model will sport flat edges.