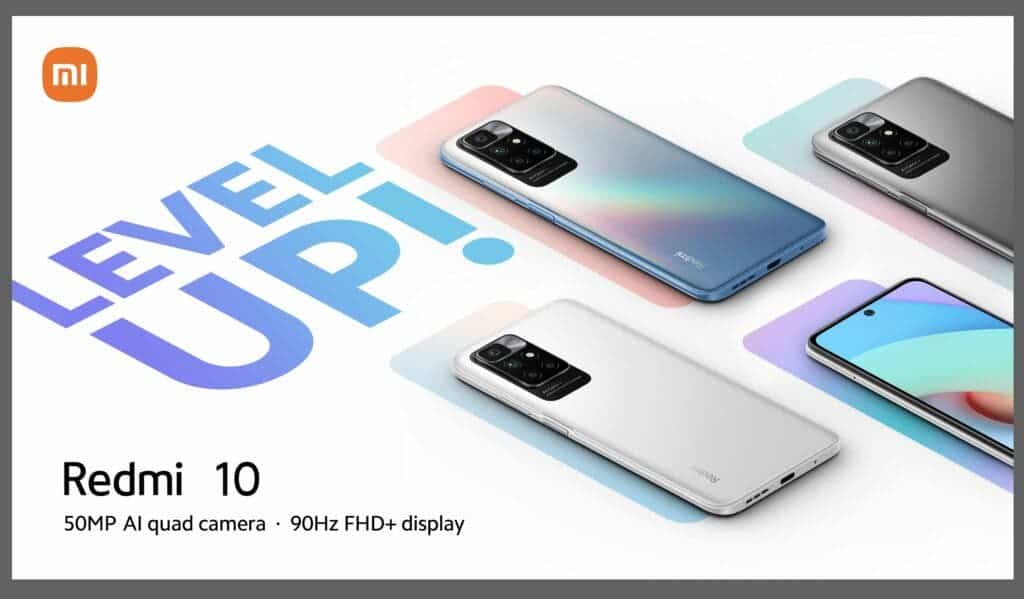 So far, the company has posted three tweets regarding this smartphone. These tweets confirm different aspects of this device. While one confirms that the Redmi 10 is coming soon, another shows that this device will use a 50MP AI main camera. Furthermore, this poster shows that this smartphone will use a FHD+ display with a 90Hz refresh rate as well as dual speakers. This is about all that the latest posters confirm. 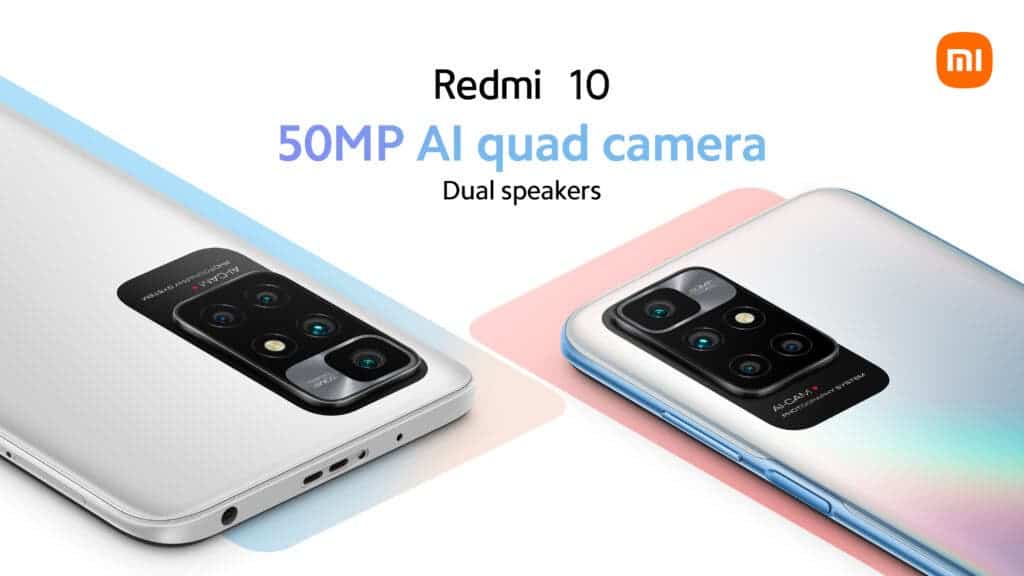 As of now, this device has appeared on FCC’s database. There are reports that later this year, this device will appear in Thailand, India, and other markets. The Chinese version will also arrive towards the end of the year.

On FCC’s database, the model number of this smartphone is 21061119AG. According to the listing, this device will come with MIUI 12.5 on top of Android 11. The listing also shows the following models 4GB RAM + 64GB ROM, 4GB RAM + 128GB ROM, and 6GB RAM + 128GB ROM configurations. In terms of connectivity, it will support Wi-Fi and LTE bands.

According to @IshanAgarwal, the global version of the Redmi 10 will come with a MediaTek Helio G88 processor. In addition, this smartphone will also use up to 6GB of RAM and 128GB of internal storage. In the camera department, this device will come with a quad-rear camera setup. It will use a 50MP main camera as well as an 8MP ultra-wide angle, 2MP depth of field + 2MP macro cameras. To keep its lights on, this device will have a huge 5000 mAh battery that supports an 18W fast charge.

The leak also shows that the dimension of this device will be 162 x 75.3 x 8.95mm. In addition, from the rendering, Redmi 10 retains the 3.5mm headphone jack. Looking at the specifications above, the Redmi 10 (Global) will be an entry-level model. As such, we expect the starting price to be within 1000 yuan ($154). As of now, there is no information on the official launch date of this smartphone.

Obviously, this is one entry-level smartphone that everyone has to watch out for. It’s been a while we had such an entry-level device from Xiaomi.