Doogee launched its rugged 5G smartphone dubbed the V10 5G with an appealing design, and a mammoth battery earlier this month. The rugged phone brand made its foray into the 5G market with the Doogee V10. The feature-laden handset adopts an interesting design and features two buttons on the left side. You can customize these buttons. The right side houses the fingerprint sensor, volume rockers, and the power button. 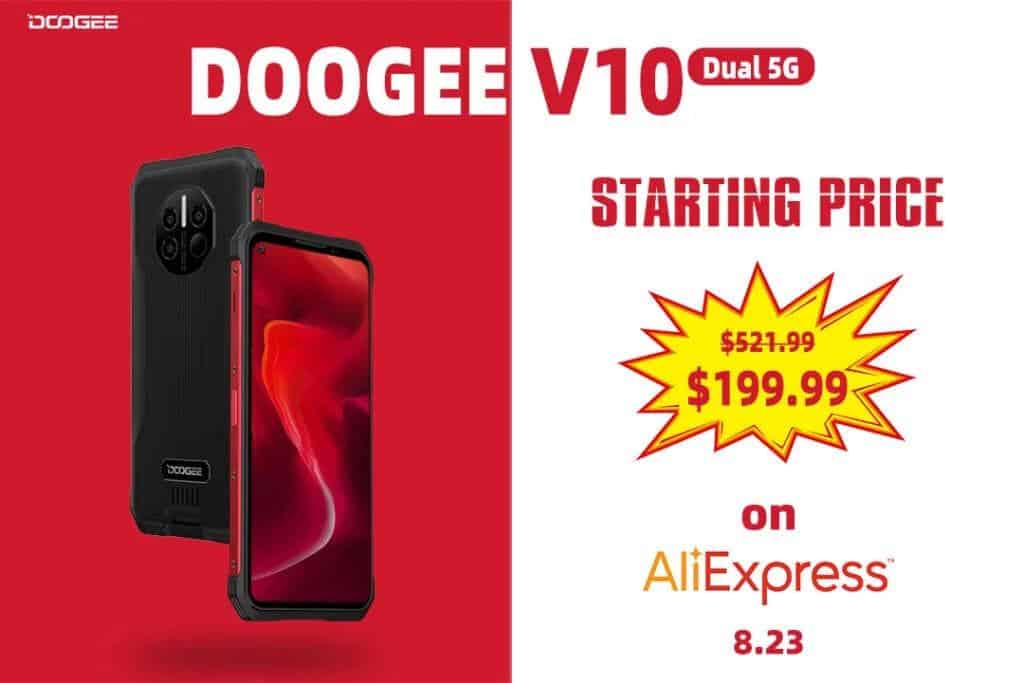 One of the most notable features of the Doogee V10 is its battery. The rugged smartphone draws its juices from a robust 8500mAh battery that comes with fast charging support. Aside from that, the phone boasts an impressive array of specifications including its 5G capabilities. Now, the phone is set to go up for sale bearing a considerably lowered price later this month. This is a win-win situation for those who aren’t willing to spend a lot of money on a smartphone but do not want to compromise on specs either.

The Doogee V10 is set to hit the store shelves later this month. Doogee will be introducing the device with an unmissable 60 percent discount. It is worth mentioning here that the phone will normally set you back $521. The first 50 buyers will be able to get their hands on the rugged smartphone for just $199.78 starting from August 23. The next 50 buyers will need to shell out only $219.78 to get their hands on the V10. The remaining 50 buyers can purchase the handset for $239. 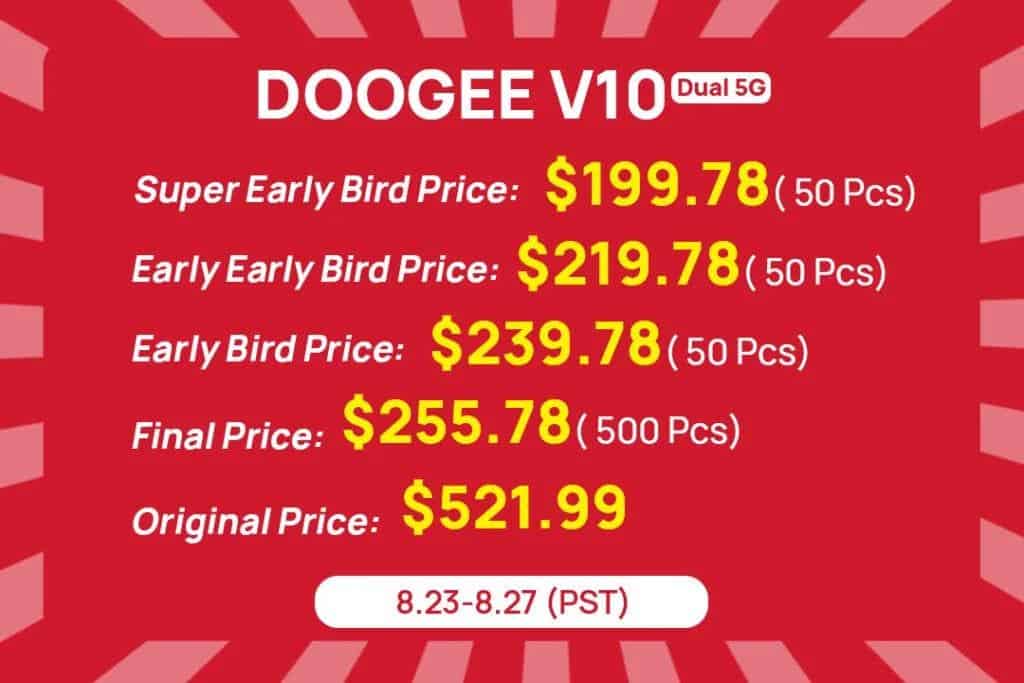 Before the Doogee V10 goes back to its original asking price of $521, it will be available for a discounted price of $255.78 to 500 lucky buyers. This promo is slated to come to an end on August 27. So, make sure to place your order from Doogee’s official online store before the promo ends.

The Doogee V10 sports a 6.39-inch display with an HD+ resolution and has a Corning Gorilla Glass on top for additional protection. There’s a punch-hole display on the front to accommodate the selfie camera. This punch-hole is on the left corner of the screen. A MediaTek Dimensity 700 SoC with an octa-core processor with 7nm technology will keep the entire system powered up. The phone ships with 8 GB LPDDR4X RAM, and offer 128GB UFS2.2 storage, according to BGR.

In the optics department, the Doogee V10 houses a triple rear camera module. This includes a 48MP primary camera, an 8MP wide-angle lens, and a 2MP portrait camera sensor. Upfront, the phone houses a 16MP selfie camera. As mentioned earlier, the phone has an 8500mAh battery that supports 33W fast charging. Other notable features include 13 5G bands, IP69K and IP68 rating, gaming WiFi antenna, and NFC.