Realme took a couple of months to bring the original Realme GT to global markets. However, the same will not happen with the GT Master series. The devices were released in China in the last month and are about to enter global markets on August 18. Ahead of the release, Realme’s Online Store went ahead of all expectations revealing the price tags for the Realme GT Master Edition and Realme GT Master Explorer Edition. 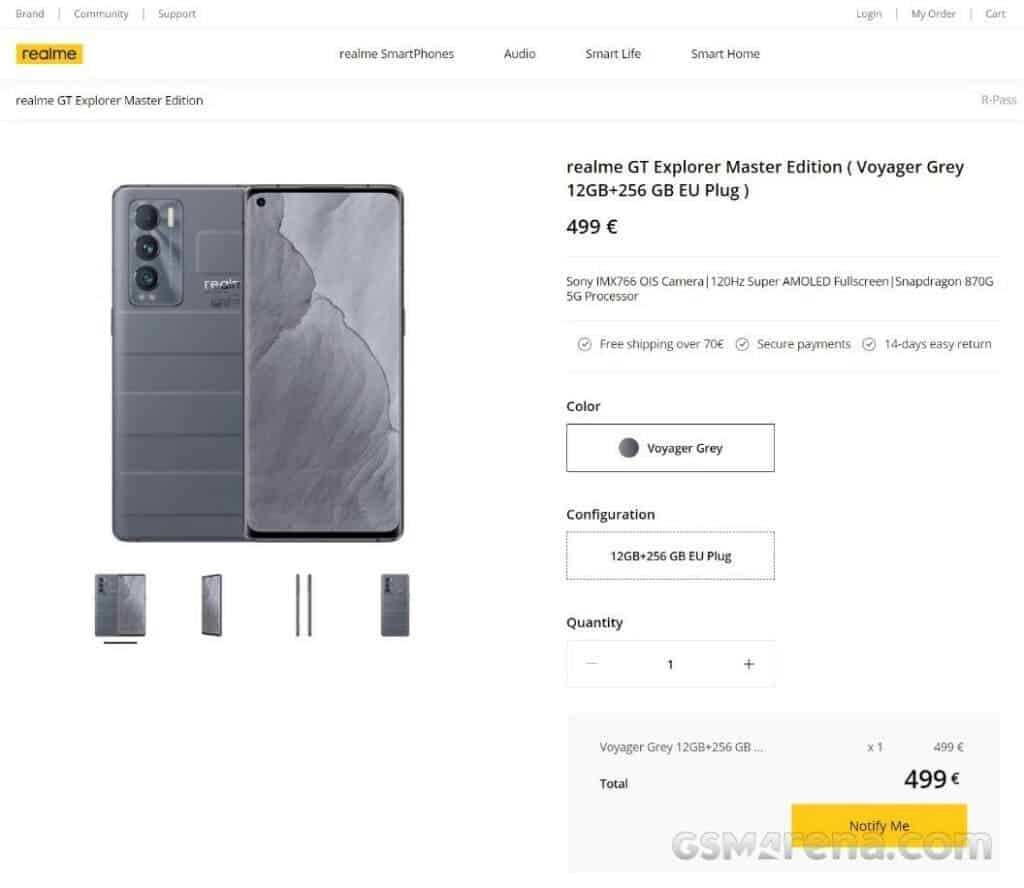 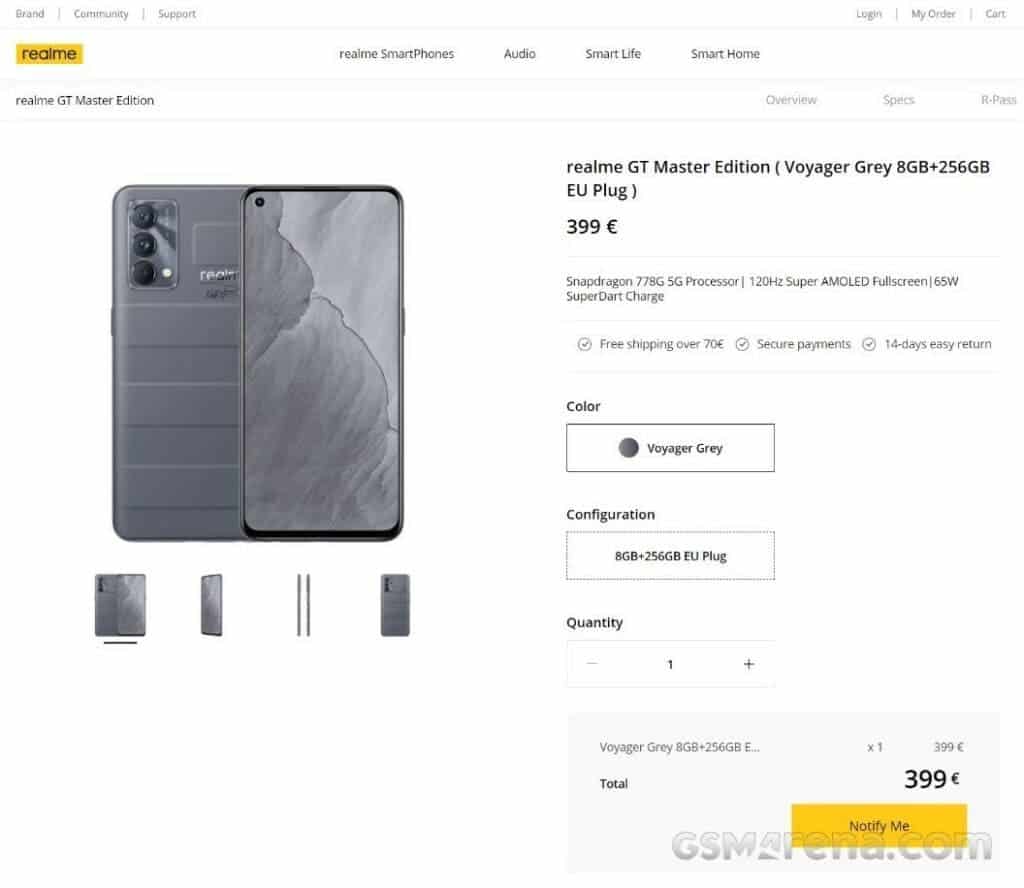 In addition to the prices and configuration, the leak also confirms that only the Voyager Gray colorway will be available. So, in other words, the European market isn’t getting the Apricot color. Anyway, the Voyager Gray probably is the most exciting color as it comes from a partnership between Realme and Naoto Fukasawa, a popular designer. The Voyager Gray version brings a vegan leather back.

To recall specifications, the Realme GT Master Edition is a premium mid-range smartphone. It comes with a 6.43-inch Super AMOLED screen with a 120 Hz refresh rate. Under the hood, it packs a Qualcomm Snapdragon 778G SoC. In terms of optics, the device has a 64 MP 1/2.0-inch main sensor. The GT Master Explorer Edition is a high-end smartphone featuring the Qualcomm Snapdragon 870 SoC. In terms of optics, it packs a 50 MP 1/1.56-inch main camera and HDR10+ certification for the 120 Hz 6.55-inch Super AMOLED display. The GT Master packs a 4,300 mAh battery whereas the Explorer has a bigger 4,500 mAh unit. Both devices share the very same 65W fast charging.

The two GT Master Edition smartphones will be announced for the European and Indian markets on August 18th. For now, we’re unaware of when exactly the company will start the shipments. After all, this info is unavailable at the company’s realme.com stores.

When we talk about brute performance, the Realme GT 5G clearly is more capable than the Master Series smartphones. However, the Master series comes with better cameras and better specs. While the GT can stand as a “flagship killer” or “cost-effective flagship” the Master Series stand in the premium segment. In Europe, the GT only has 8 GB of RAM and 128 GB of Internal Storage. In India, the device will go official alongside the Master Series editions.