The popular Google Chrome browser allows you to group tabs in different ways; depending on what options your software platform supports. With the release of Android 12, Chrome users will have new experiences with open tabs.

The desktop version of Chrome allows you to combine tabs into groups in one or more windows with the possibility of subsequent regrouping using the manager. The Android version of the browser also supports grouping of tabs, but there is no way to launch multiple chrome windows. This will change with the release of Android 12, as Google is currently working on a feature that allows multiple Chrome windows to run on Android devices.

Changes in the browser code, that mentions “multi-instance”, indicate the possibility of launching multiple Chrome windows on Android devices. These changes add a New Window option to the Chrome context menu when the device is in split-screen mode. After clicking on the “New Window” option, a new instance of Chrome will be launched in the other half of the workspace. 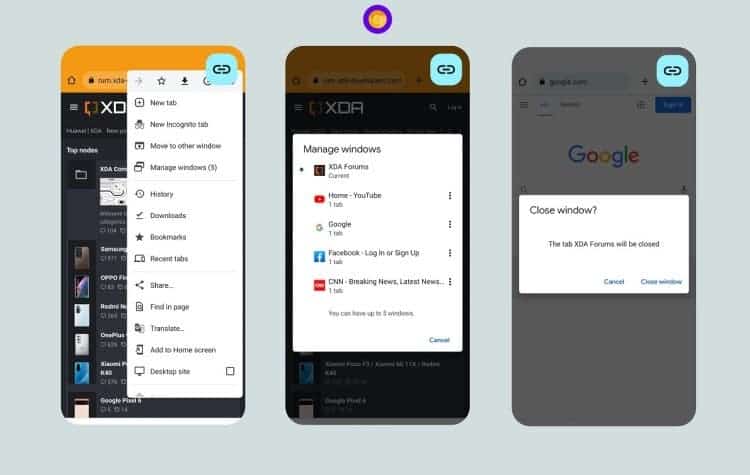 When two Chrome windows are launched, the “Window Management” button will appear in the context menu, clicking on which you can get information about all active windows, the focus tab and its title, the number of active tabs, etc. You can open up to five instances of Chrome in total; although the number of tabs within each of them is not limited. Each of the open windows can be saved in its current state; so that all open tabs in it will be in their places even after a reboot.

At this stage, the function of launching two windows of Chrome is in the testing phase. We expect it to become generally available in one of the next versions of the browser.

Chrome browser for Android will get biometric protection

The “incognito” mode is optimal for operations in a browser, information about which is undesirable to save; for example, when working with a banking service on someone else’s device. In order to hide open tabs from prying eyes in this mode; Google intends to introduce additional protection in Chrome for Android.

A new switch in Chrome Canary 94 allows you to activate biometrics or PIN protection; if the user intends to access incognito tabs if they are not already closed.

At the moment, in the experimental version of the browser, the function is not available in settings; You can find it using the chrome: // flags command with the subsequent activation of the “Enable device reauthentication for Incognito” parameter. At the same time, the function will still be unavailable in the “Privacy and Security” settings; even in the Canary-build of the browser.