It is with great pleasure to announce, that the AC200 MAX and B230 battery module are now ready for you to order, yet the AC300 and B300 will be available in a month later on September 15th. 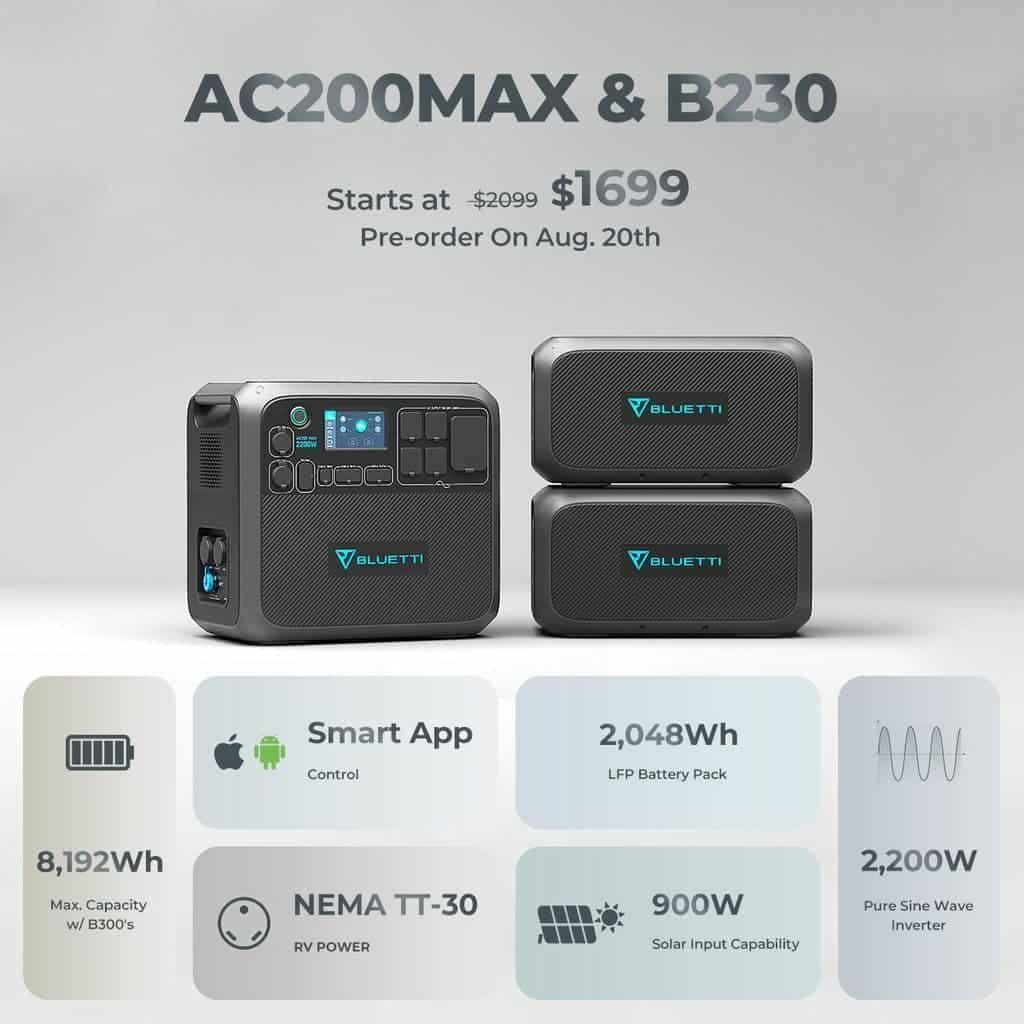 You guys asked for it, and Bluetti delivered. The AC200MAX is an all-round upgrade of the long loved AC200P. The MAX welcomes up to two B230’s or B300 battery modules, connecting of which can boost the total capacity to a staggering 8192Wh! Oh, and did we mention that this machine will now allow 900 watts of solar input, a 28% increase over its predecessor.

And especially for the RV enthusiasts the AC200 MAX has a specially designed built-in 30A NEMA TT-30 outlet. Additionally, the AC200 MAX supports Bluetooth connection and can be controlled wirelessly with the new Bluetti Smartphone App (iOS & Android). Bluetti AC200MAX and B230 are now available at Bluetti Power Week, Starts at $500 OFF. 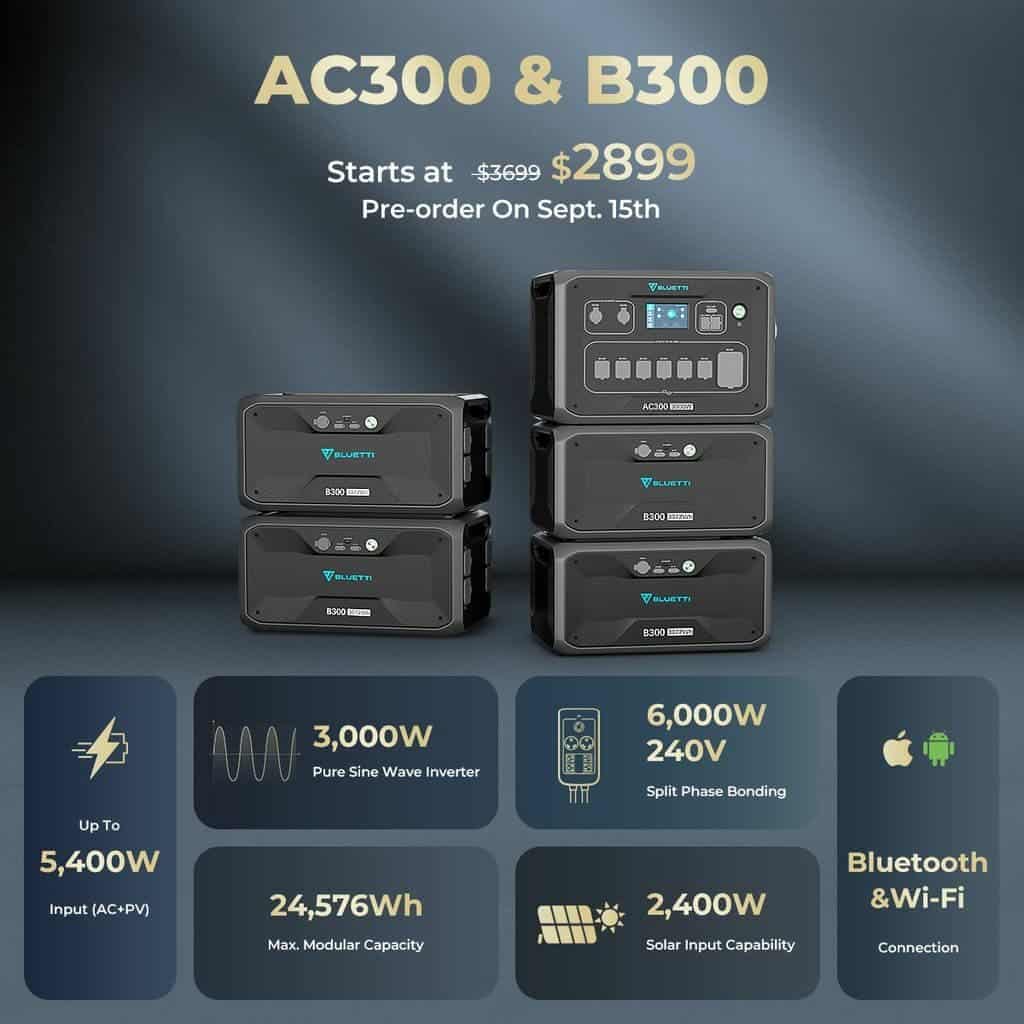 If you are looking for raw power, then its quite simple. Look no further. The AC300 is entirely modular with the main unit housing the 3000 watt pure sine wave inverter. When you see the amount of power this machine is able to accommodate, you will understand why Bluetti made the AC300 modular.

Just to put this in perspective, you now have a complete system that weighs 340lbs. See why they made this modular?

This groundbreaking power doesn’t end there! The Fusion Box Pro will allow you to pair two AC300’s together, boosting the entire system up to 240V, 6000W. You can probably see where Bluetti is going with this, and the answer is yes, you are now able to connect a total of 8 B300 battery modules to your entire system. A fully stacked system will grant you 24,576Wh of capacity, that’s enough stored energy to power your home for nearly a week!

Last but not least, the AC300 is able to support 2400W solar input, while the fully stacked version allows for 10,400W. Bluetti is said to release the 3,000-watt beasts on September, 15th. You may enter here to get the $800 OFF early bird discount by subscribing. 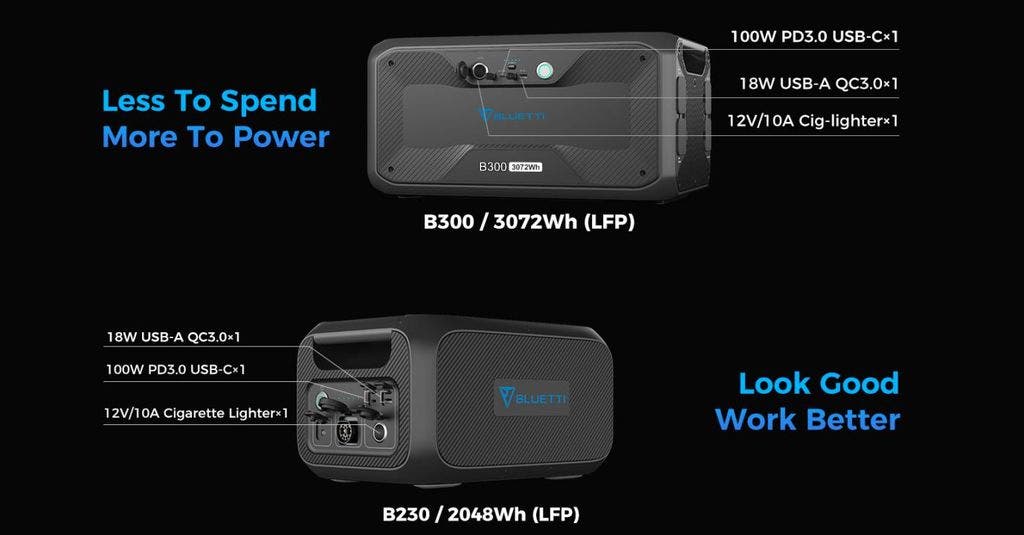 Bluetti is proud to announce the latest “industry first” innovation, the modular power products that are the B230 and B300. Both the B230 and B300 can be charged and discharged as a standalone power module and both feature various DC outlets, including a 100W USB-C, a 12V/10A car output, and some USB-A ports.

Read Also:  What to Expect On BLUETTI Prime Day 2022

Additionally, both battery modules are able to soak up 500W of AC power via an AC to DC adapter. Not to mention the B300 even has its own 200W (MPPT-ready) solar inlet just in case you find your power storage running low the next time you and your friends are out camping off-grid. 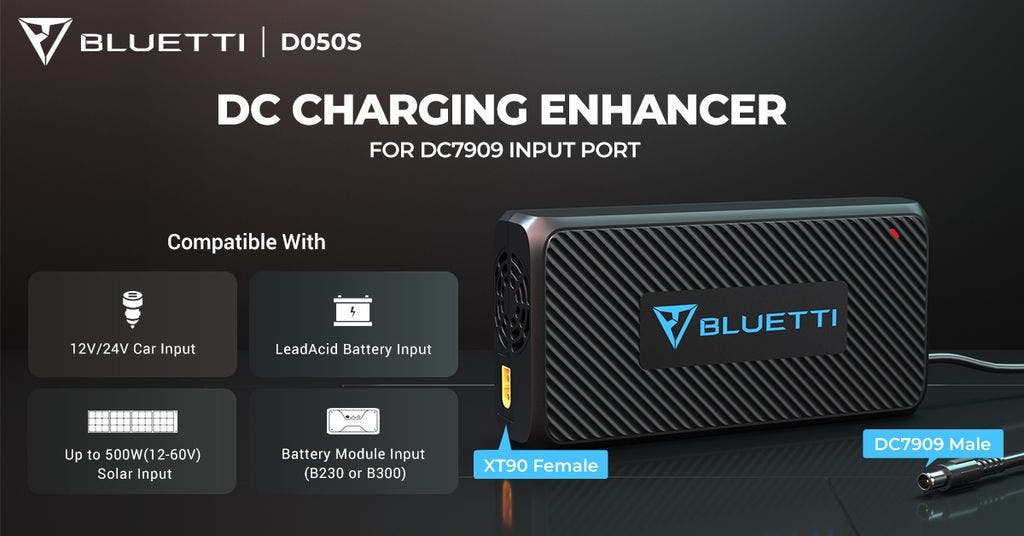 Just as its wonderous name implies, the Bluetti DC charging Enhancer (hereinafter referred to as DC Enhancer or Little Magic Box) is the enhancement tool for the DC inlets (the DC7909 port for adapter) on the Bluetti units.

The DC Enhancer has a built-in MPPT charge controller with voltage regulator circuits, allowing this little magic box to juice up your current Bluetti products in a variety of additional charging ways.

With the help of our new DC Enhancer, you can now increase the overall capacity of previous Bluetti models like the EB150 and EB240 by connecting the latest Bluetti battery modules or lead acid batteries. Alternatively, you can even charge it via the 12V/24V cigarette lighter port in your car.

Those of you who own either the AC200P or EP500 are probably thinking, well my solar generator can already support car charging or battery charging on its own, what could this little magic box possibly do for me? 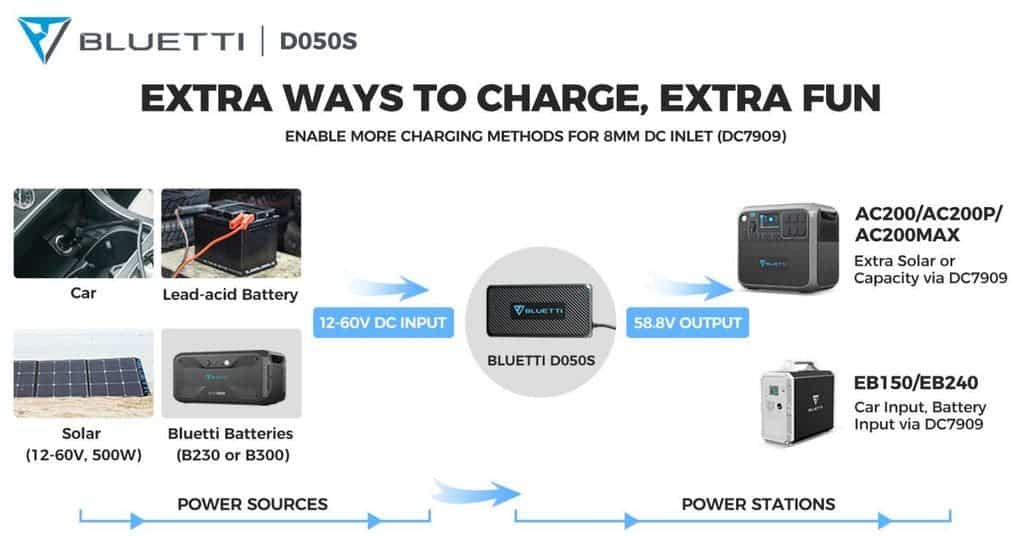 Well, how does an extra 500W of solar charging capability sound? For example, the DC Enhancer can boost the solar charging rate of your AC200P up to 1200W. This means you can effectively charge up the 1700Wh/2000Wh unit in 2~2.5 hours with prime outdoor sunshine. Enter here to learn more about this magic box.

(If you are already the proud owner of AC200P or AC200, and want to get Bluetti’s latest battery module product, Bluetti will give away this cable to you for FREE)

As we have already mentioned, the older Bluetti models are capable of accommodating extra battery capacity with the help of our new Bluetti DC Enhancer. However, for some of the special models, supporting more than one extra battery module is no problem at all!

For example, the AC200P or AC200 can take one battery module via its solar input port with a converter cable.

However, with the additional help of the DC Enhancer you can now add an extra battery module to the 500W AC inlet. Doing this will add a total of 6144Wh (two B300’s) additional capacity to your current Bluetti unit! 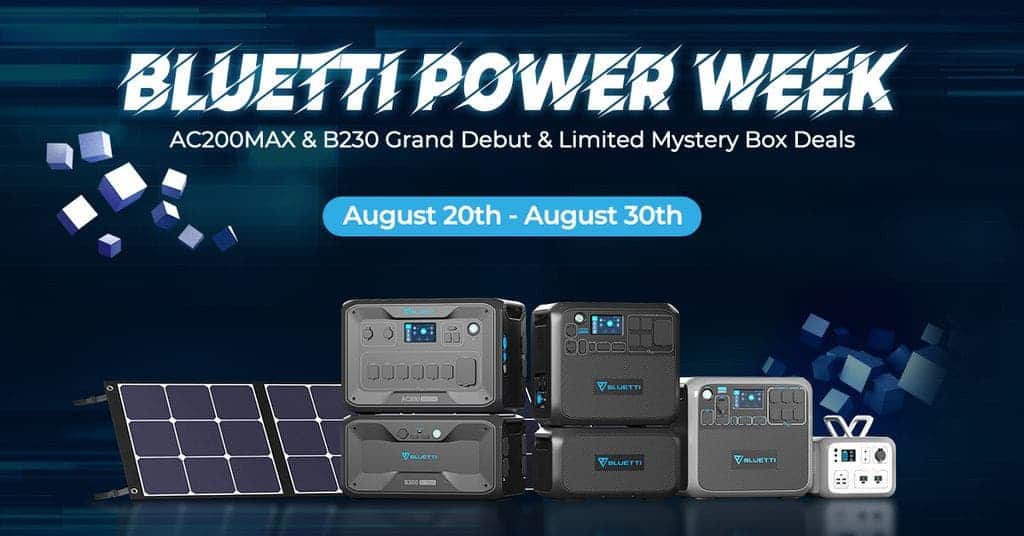 Except for the new releases, Bluetti is also offering a HUGE discount for some of the other popular models:

Bluetti is making moves, are you ready to ride the waves of change? For more information, please visit the Bluetti Power Week Campaign Page.