Apple iPad continues to dominate the global tablet market. In addition, according to Canalys, shipments of Apple tablets have grown significantly since the launch of the iPad Pro based on the M1 chip previously introduced in Apple computers. The Canalys study focuses on the supply of tablets in Western Europe, but the results can also be used to judge the situation in the global tablet PC market.

After analyzing shipments of tablets in the European region in the second quarter of this year, Canalys found that iPad Pro shipments grew 73 percent year on year. The total tablet market has grown to 7.9 million units. According to the study, the majority of devices sold are new iPad Pros based on the M1 chipset. Additionally, Canalys believes the COVID-19 pandemic continues to benefit Apple’s tablet business. An increasing number of customers are said to be finding that the iPad is a good laptop replacement for them, especially in education.

All other companies experienced declines in tablet shipments in Western Europe, with the exception of Lenovo. The Chinese company took 20 percent of the market, posting an 87 percent year-on-year increase in shipments. However, unlike Apple, Lenovo’s success is based on budget tablet models, which are often much less expensive than the most affordable iPads. 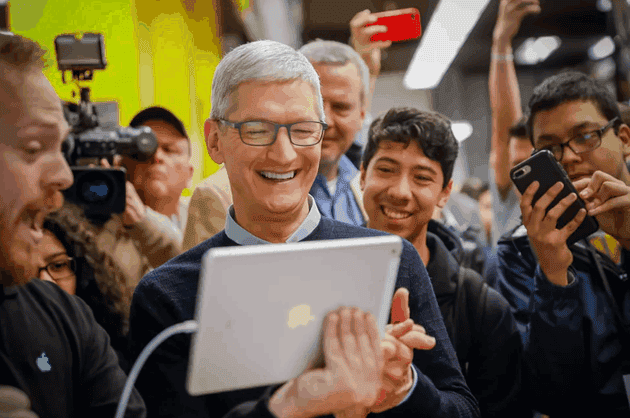 During an event to mark Apple’s second-quarter financial results; CEO Tim Cook said the iPad segment has had the most successful period in nearly a decade. The information was confirmed by analysts from IDC; Apple really turned out to be the leader in the world “tablet standings”. This was due to the updated iPad Air in 2020; as well as the new version of the iPad Pro released this year. A fresh iteration of the iPad mini will launch soon.

According to IDC experts, in the second quarter of 2021, Apple shipped a total of 12.9 million iPads. The closest competitor, Samsung, sold 8 million tablet computers during the same period; neither the powerful hardware platform of the flagship Galaxy Tab S7 nor branded OLED displays helped the Korean manufacturer to break out into the lead. Lenovo, which has a strong hold on Chromebooks and tablets running Chrome OS, has shipped 4.7 million devices. The fourth was Amazon with 4.3 million Fire series tablets.