Members of the XDA Developers community have found an unpleasant surprise in the new Galaxy Z Fold 3 smartphones from Samsung. As it turned out, upon obtaining root rights and access to the bootloader of the Galaxy Z Fold 3, the user will be deprived of the opportunity to use the smartphone’s cameras.

Samsung devices use the Knox security system, which will void the gadget’s warranty; as well as disable the Samsung Pay payment service if the bootloader is unlocked. And if it was possible to put up with these disadvantages; then non-working cameras are a completely different level of compromise; which the owner of the Galaxy Z Fold 3 will have to make; if he wants to get full access to the device.

As XDA Developers points out, in the process of unlocking the bootloader, a warning is displayed on the last screen that this operation will disable the cameras. After booting the device with the unlocked bootloader, the standard camera application stops working like all other camera-related functions.

Non-working cameras also mean that the user will no longer be able to unlock the device using facial recognition technology. In addition, other applications and functions that use any of the smartphone cameras, including third-party applications for shooting, stop working. They will shut down, give errors, or just start with a dark screen.

Relocking the bootloader restores the cameras to work, which indicates the software nature of the protection. XDA Developers suggests that with root rights, you can try to detect and change the parameters that the bootloader sends to the OS and thus avoid blocking the camera. However, enthusiasts have not yet come to a solution to this problem. 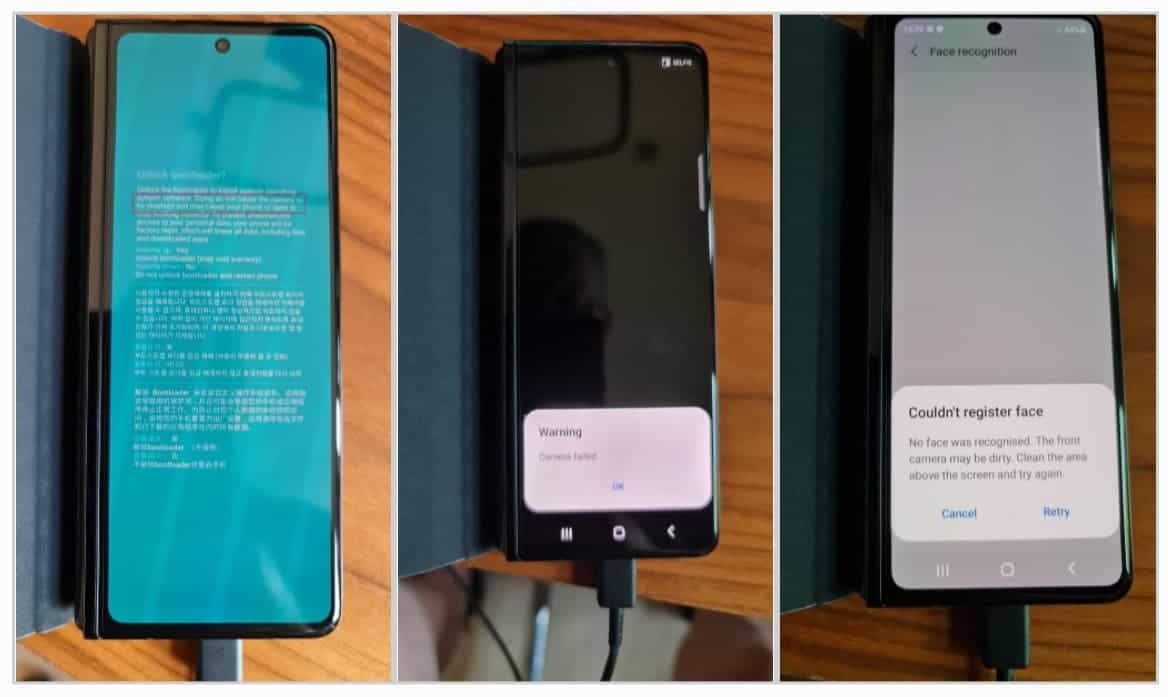 Despite the fact that this year Samsung managed to avoid the price hikes for the Galaxy Z Fold 3 and Galaxy Z Flip 3, and even slightly lower it, the foldable smartphone still costs as much as before. The company reiterated that it is still far from the moment when such devices will become mainstream. It is quite logical that the prices for repair services also will not be the lowest; and this should be into account who decides to buy the Z Fold 3 and Z Flip 3.

If any trouble happens with the flexible display of the Galaxy Z Fold 3; then the user should be willing to pay $ 480 to replace it. Damage to the second screen on the outside, for obvious reasons, will be cheaper and less painful for the pocket – $ 150. If the Galaxy Z Flip 3 displays cracked; the cost of replacing the displays will be $ 500 and $ 100, respectively.

Next Motorola Moto G50 5G with a MediaTek chip is launched