Over the past few years, there have been significant upgrades in the display technology of smartphones. The ultimate target for most smartphone manufacturers is to achieve a true full-screen effect. To this end, we have seen multiple solutions from different manufacturers. We have the notch design, water-drop design, punch-hole camera, magnetic-slide, pop-up camera, flip camera design, and so on. Most recently, we had the under-screen camera technology on a couple of smartphones. However, all these solutions have their limitations. The under-screen camera which is supposed to be a viable solution does not have a decent selfie output. The Oppo N series is one of the first series to use the flip camera design. We now have a new report regarding this series. 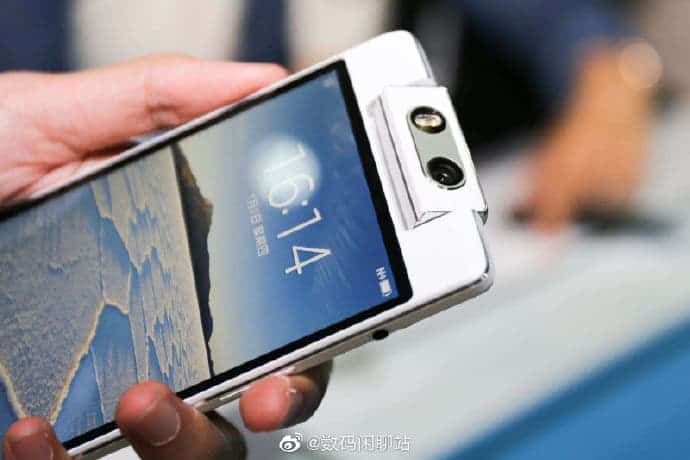 This is not the first time that Oppo will be trying to eliminate the front camera. As early as 2013, Oppo launched a large screen phone in the Oppo N series. This smartphone is the Oppo N1. In addition to the 5.9-inch large screen (large at the time), the biggest highlight of this phone is the camera. This device comes with a flip-type camera. The rear camera flips to the front to act as a selfie shooter. This is one of the first smartphones to use this design. Of course, recently we have seen many similar designs from Asus. 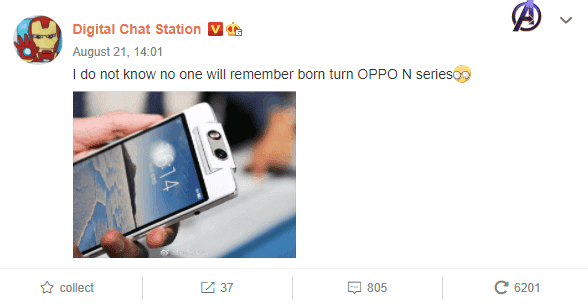 At the time, the Oppo N1 was quite popular, especially amongst the female folks. Since it was the rear camera that was acting as the selfie shooter, the selfie output of this device was beyond great. Unfortunately, after the launch of the second-generation Oppo N3 in 2014, we didn’t see or hear anything about the Oppo N series until now. According to recent reports, it appears that Oppo wants to reactivate its 7 years dormant Oppo N series.

If Oppo successfully reactivates the N series, its positioning will be between the Find series and the Reno series. The price should be around 4,000 yuan ($618). Would you consider it?