After the launch of the Samsung Galaxy Z Fold3 and Z Flip3 series one could think that Samsung has ended its plans for 2021 in the flagship segment. However, there is still one more device to come – The Galaxy S21 FE 5G. The new smartphone is coming as a cheaper version of the current Galaxy S21 series but that still has a lot to offer. According to leaks, the new smartphone will carry the vanilla Qualcomm Snapdragon 888 SoC. Now, the device has been spotted on Google Play Console that confirms the SD888 and makes it clear that this isn’t the Plus variant of the chipset.

The Google Play Console Listing also confirms another spec, the 6 GB of RAM. Interestingly, this isn’t the only variant as the device is set to come in an option with 8 GB of RAM. We assume that the base model will have 6 GB of RAM and its availability will vary by region. This alone can already make the Galaxy S21 FE a cheaper smartphone than its siblings. After all, both the Galaxy S20 and S21 start at 8 GB of RAM. Moreover, there isn’t any Snapdragon 888-powered smartphone in the market that is paired with 6 GB of RAM. The Galaxy S21 FE will be a first. 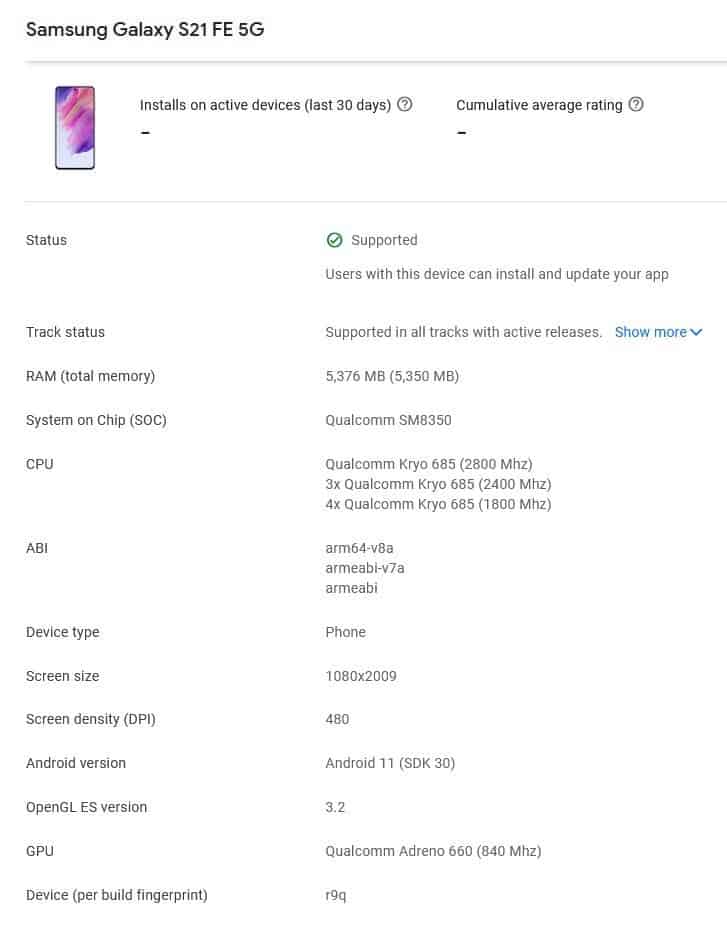 The Google Play Console also shows the smartphone in the front. However, its look isn’t a secret as 3D models have leaked previously. According to the leaks, the Samsung Galaxy S21 FE will pack a 6.4-inch Super AMOLED display. It will offer 120 Hz refresh rate, HDR10+ support, and a centered punch-hole. The device will have a 32 MP selfie snapper and a triple-camera setup on the back. It should comprise a 12 MP + 12 MP + 8 MP setup. The device will draw its powers from a 4,500 mAh battery and we expect at least 45W charging. The device will run Android 11 with One UI 3.1 straight out of the box.

Next Realme GT 5G goes on sale in India today