Recently, there was a report of a Samsung smartphone that exploded on a passenger plane at Seattle-Tacoma International Airport. Shortly after the plane hit the ground, the passengers Samsung Galaxy A21 went up in flames. At first, the mobile phone overheated and generated an open flame. The flight attendants acted quickly and used fire extinguishers and special battery sealing bags to prevent the fire from spreading. This, however, did not prevent the battery and smartphone from burning completely. Due to the huge smoke from the burn, the flight attendants had to choose to release the emergency slide to evacuate the passengers. 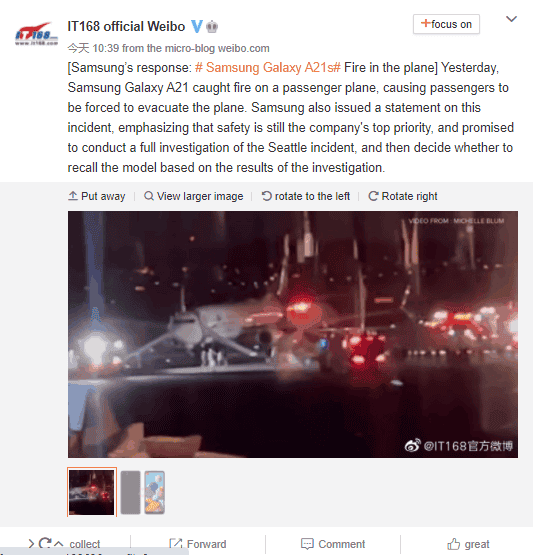 Fortunately, the 129 passengers and 6 crew members on board were all fine. However, two passengers were sent to the hospital for check-ups after the incident.

Perry Cooper, a spokesperson for the Port of Seattle, said in an email to The Seattle Times, “After much digging, I can tell you that the phone was burned beyond recognition. However, during an interview with one of our Port of Seattle Police officers, the passenger volunteered the phone was a Samsung Galaxy A21. Again, we could not confirm it by looking at the remains of the device.” 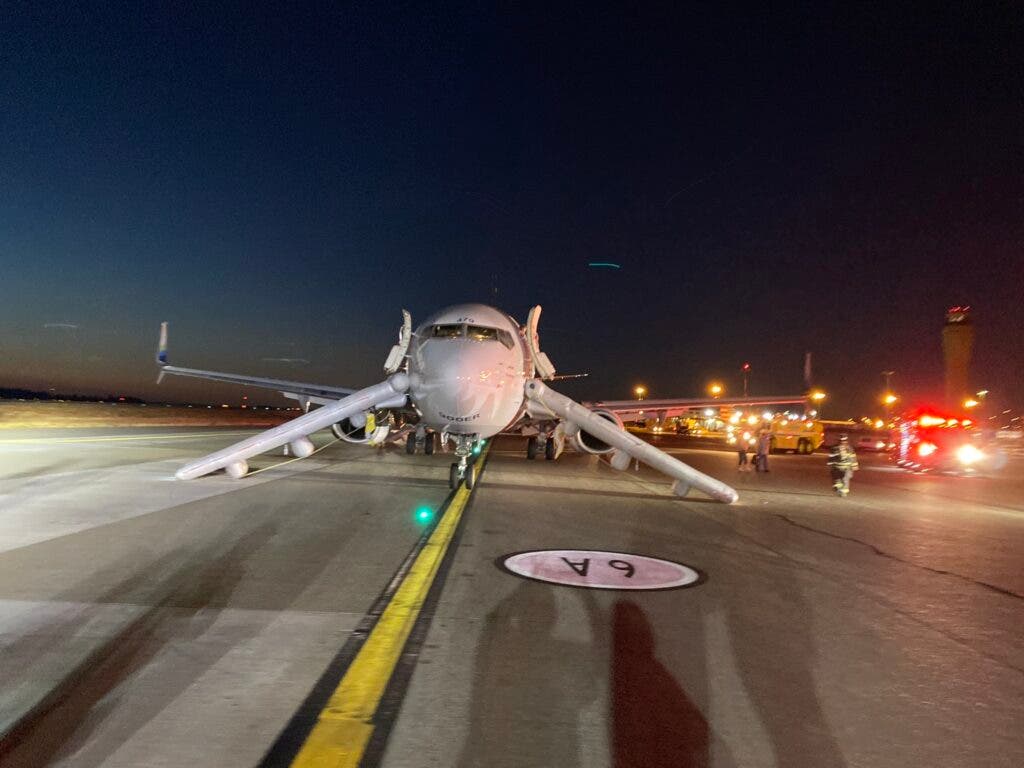 As of now, there is no official confirmation that the smartphone is indeed a Samsung Galaxy A21. Nevertheless, the South Korean manufacturer released an official statement yesterday regarding the incident. The company emphasized that security remains the top priority of the company. It also promised that it will conduct a full investigation into the event in Seattle. After the investigation, it can then decide whether to recall the model or not.

The Samsung Galaxy A21 is a 2020 entry-level smartphone that comes with a 4000 mAh battery. It is important to note that any device with a lithium-ion battery is at potential risk of fire explosion. This is obviously an isolated case and does not mean that the Galaxy A21 has any issues. Over the years, there have been multiple isolated events across multiple brands. This does not mean that the smartphones or batteries are bad.

This is not the first time that Samsung will be dealing with a smartphone explosion event. While the company has handled many such events in recent years, the most prominent is the Galaxy Note 7 2016 event. The South Korean manufacturer had to recall the entire Galaxy Note 7 at a huge cost. However, the action was necessary to prevent further harm to users of this smartphone at the time.