An image of Vivo’s first-ever self-developed chip dubbed the Vivo V1 has leaked, revealing key details and hinting at an imminent launch. The Chinese technology company is currently hard at work on an in-house ISP dubbed the V1. Now, the chip has surfaced on the web with the codename Yueying in the form of a leaked image. 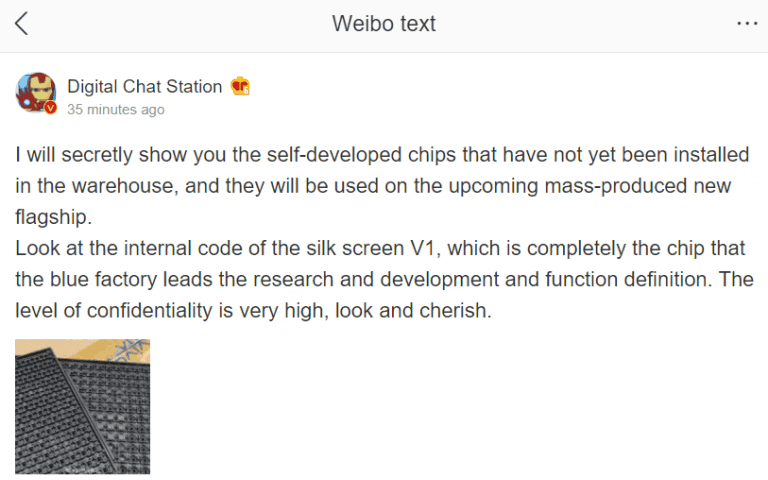 Noted leaker Digital Chat Station shared the image of the Vivo branded chip on Weibo. The leaked image confirms the Vivo V1 moniker as the branding can be seen on the chipset. The physical map of the V1 chip is clearly visible in the image, suggesting that the mass production is either completed or in the process. Nevertheless, the leaked image is an indication that the chipset will arrive soon.

Vivo V1 Chip Could Power Up The X70 Series

The rectangular V1 chip appears to be in a BGA package. Furthermore, the only details visible on the chipset are the V1 moniker. The leaker suggests that the chip will be made available for the Chinese technology company’s new flagship models. There is a possibility that the Vivo V1 could be an ISP (Image Signal Processor) chipset. Since the blogger indicated that the chip will be used in upcoming Vivo smartphones. Seek Device suggests that the X70 flagship series could pack it under the hood.

Moreover, the V1 chip is likely to be unveiled during the Vivo X70 series launch event, which could take place next month. So far, Vivo has requested two trademarks related to two chips including the Vivo SoC and the Vivo Chip. These two trademarks cover multiple product categories such as computer storage, printed circuits, computer chips, modems, and CPUs (central processing units).

The company teamed up with Samsung for the chipset’s Research & Development. Vivo was closely involved in the development process, which included offering in-depth inputs. American search engine giant Google was one of the first companies to take advantage of a custom ISP. Moreover, Oppo has been hard at work on an M1 chip that could appear in a Realme or OnePlus device in the future. Aside from that, the liquid lens of the Mi Mix Fold packs a custom ISP. 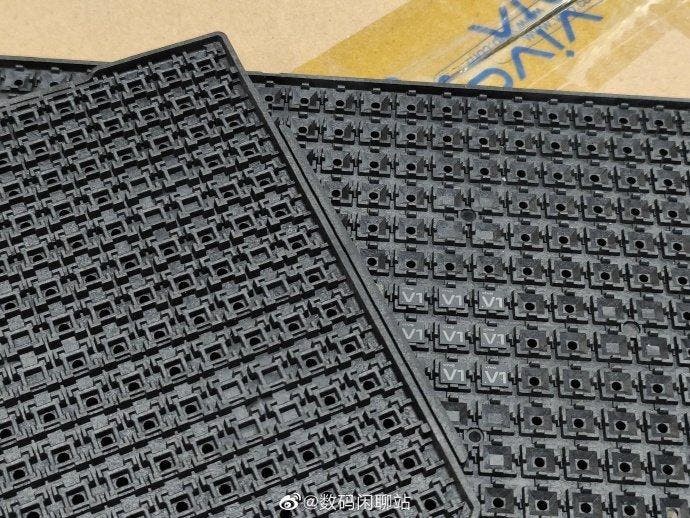 The V1 ISP is likely to appear on the X70 Pro+ smartphone since the Plus variant is a flagship of the series. The X70 series has been floating around the rumor mill for quite some time now. More shreds of information about the upcoming series surfaced on the web earlier this week. The upcoming lineup could sport a 6.5 Inches AMOLED display with a Single Punch-Hole, and a 120Hz refresh rate. It will reportedly pack the Dimensity 1200 chipset under the hood.

On top of that, the flagship series could use a micro-panel camera solution, probably with the V1 ISP chip. Previously leaked renders suggest that the X70 Pro will house four rear-mounted cameras. The main camera could feature a 1/1.28-inch outsole sensor. We will have to wait until Vivo’s press conferences to learn more about the V1 chip.

iQOO 10 Will Have A Sight in the Dark