Year after year, we hear promises of a company to come and defeat Apple, throw it from its pedestal and make its fans despair. But until that happens, the company continues to rest on its laurels, becoming a marketing giant, instilling in impressionable users the idea that it offers “the best possible” products. And there is one niche where Apple does offer arguably the best devices – smartwatches.

Apple Watch is popular and the company continues to lead in this segment. According to analysts from Counterpoint Technology Market Research, in the second quarter of this year, the Cupertino-based company controlled 28% of the global smartwatch market, and the army of Apple Watch owners exceeded 100 million users. But pressure from other manufacturers is growing and Apple’s share is gradually collapsing. A year earlier, its share was 30.1%. 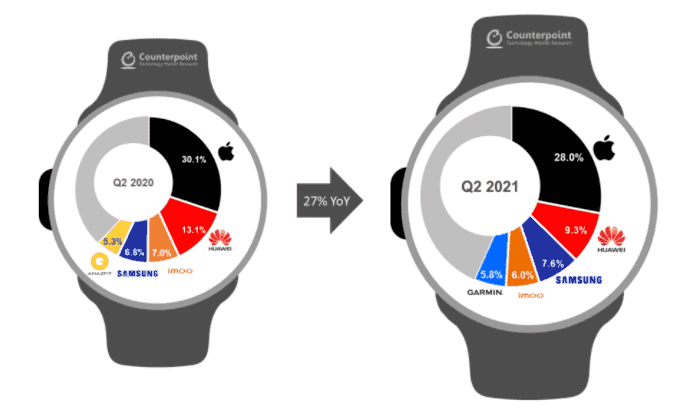 Despite difficult times, Huawei somehow manages to keep the second line of the global table of ranks, and its share is 9.1%. Samsung managed to take the third position, its products account for 7.6% of the world supply of smartwatches. Companies such as Imoo and Garmin also managed to get into the top 5. 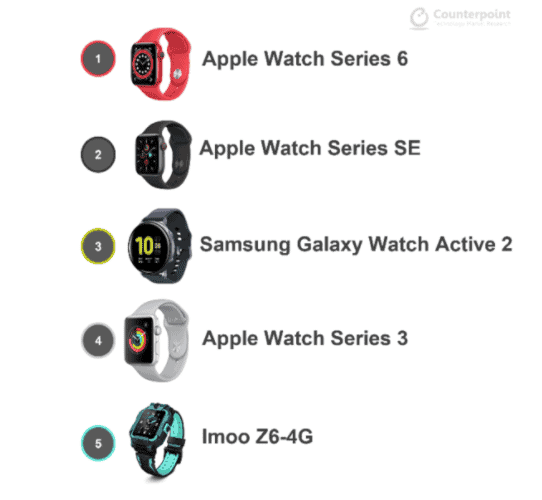 Apple Watch Series 7 will receive larger displays than its predecessors

The upcoming Apple Watch Series 7 will be available in 41mm and 45mm cases; instead of the 40mm and 44mm in the current Watch Series 6. This leak is consistent with a previous statement from reputable insider Jon Prosser; who pointed out that displays of new Apple smartwatches will increase in size.

The Apple Watch Series 7 is expected to launch alongside the iPhone 13 next month. Insiders say that this fall will be rich in new Apple product announcements. The company is expected to introduce new iPads, high-end Mac minis and MacBook Pros with new ARM chipsets; and updated AirPods wireless headphones by the end of the year.