Netflix is ​​taking its first steps in the mobile games market. The company is adding its existing Staranger Things games to the Android app intended to access the streaming service, but only in Poland so far.

Stranger Things: 1984 and Stranger Things 3, based on the TV series of the same name, have been available for several years. They were launched by Netflix in 2017 and 2019, along with the second and third seasons of Stranger Things, and distributed in third-party app stores for PCs and consoles. Now Polish users can play them on smartphones via the Netflix app. 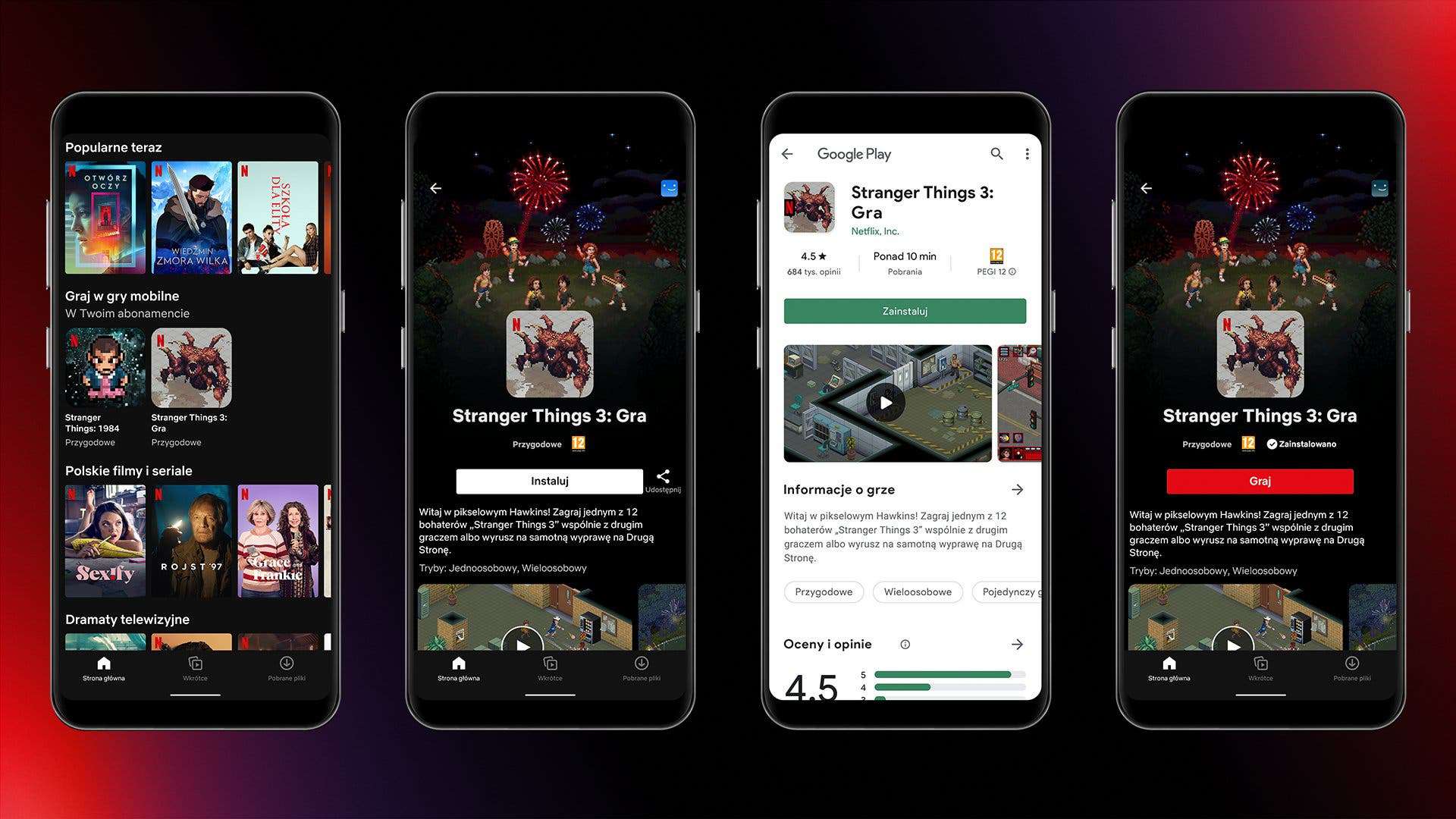 Netflix, which debuted its video-by-subscription service in 2007, is clearly moving beyond its usual line of business. The company has repeatedly stated that it would like to expand its audience with people who, for example, play Fortnite or create and consume content on YouTube.

Netflix games will have no ads and will not include in-app purchases. Moreover, for users of the service, they will be included in the subscription price, and the subscription itself will not rise in price. It is assumed that in the near future the game direction will debut outside Poland. In the future, Netflix will offer users a wider range of games.

Today members in Poland can try Netflix mobile gaming on Android with two games, Stranger Things: 1984 and Stranger Things 3. It’s very, very early days and we’ve got a lot of work to do in the months ahead, but this is the first step. https://t.co/yOl44PGY0r

Netflix will begin gaming expansion from the mobile sector

Streaming service Netflix announced that its first steps in the gaming industry will touch the mobile sector; with the first products available to existing subscribers. Mike Verdu, who has experience in Electronic Arts and Oculus, has been appointed in charge of the new direction. The company made such a statement during the financial report for the second quarter of this year.

Netflix recalled that the first attempts in the interactive segment were the Black Mirror episode of Bandersnatch; as well as games based on the Stranger Things series. Netflix sees the gaming industry as a new category of content on a par with TV series and full-length tapes; and games will become available to service subscribers using the same model – without any additional payments. The first Netflix games will target mobile users.

Also, the company has not yet disclosed any details; but we know that Netflix has extended its contract with producer Shonda Rhimes; who has already released the Bridgerton series on the platform. This contract provides not only for the filming of video content, but also for the release of gaming products.

Finally, it is noteworthy that one of the company’s executives, Reed Hastings, said that in his opinion, Netflix competes more with Fortnite than HBO, and is still losing in this race. This statement was back in 2019. And the recent arrival of Mike Verdu in the company may indicate that competition will intensify.

Previous Apple is still the leader in the smartwatch market

Next Foxconn will hire 200,000 additional workers to build the iPhone 13