After months of beta testing, Google is expected to roll out the final stable version of Android 12 in the next month. Soon after the release, most of the Android OEMs are expected to announce their respective Android skins based in the latest Android version. Oppo is rumored to unveil it’s Color OS 12 in the next month. Now, a new report suggests that Samsung’s unveiling for One UI 4.0 is drawing near.

The Korean firm has announced the start of its One UI 4.0 beta test back in late July. As expected, the new firmware version is built on top of Android 12 and the company was recruiting volunteers to try it out. Now, the company seems to be preparing the terrain for the new update as a couple of days ago a Samsung Galaxy S21 Ultra 5G was spotted at Geekbench with Android 12. 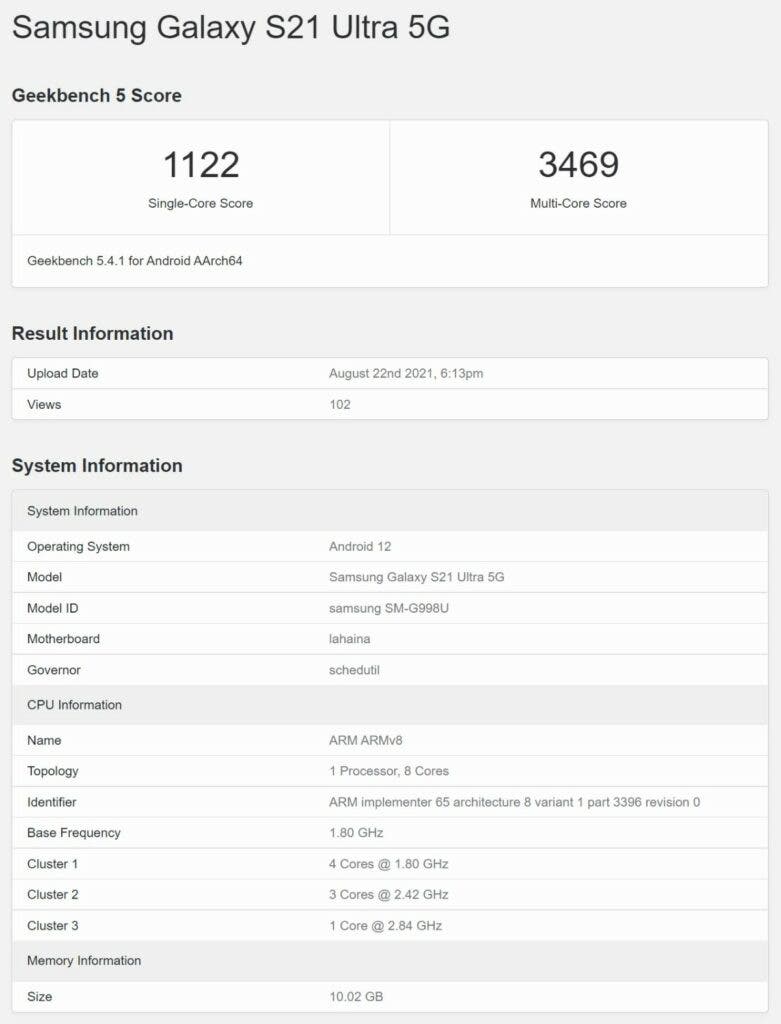 It’s not a surprise to see One UI 4.0 coming first for the Samsung Galaxy S21 series. The update will likely reach this year’s flagship smartphones first and then should move to the last year’s models. This particular variant was spotted with a Qualcomm Snapdragon 888 SoC which suggests it’s a South-Korean variant. That’s not a surprise as the beta testing firstly arrived in South Korea.

For now, the exact improvements coming with One UI 4.0 are unclear. Samsung will likely implement some of the features introduced with the next Android skin. We’re not so sure about Material YOU, but we may see some of its elements here and there. One of which probably includes the wallpaper-based color-engine dubbed Monet or something like that. Moreover, the company updated its One Hand Operation+ app with Android 12 support. For those unaware, this is a Samsung-developed app that enables gestures and a smaller interface that you can control with just your thumb. One-Hand mode is finally a native feature on Android 12, and Samsung is probably adapting its own implementation to the next update. 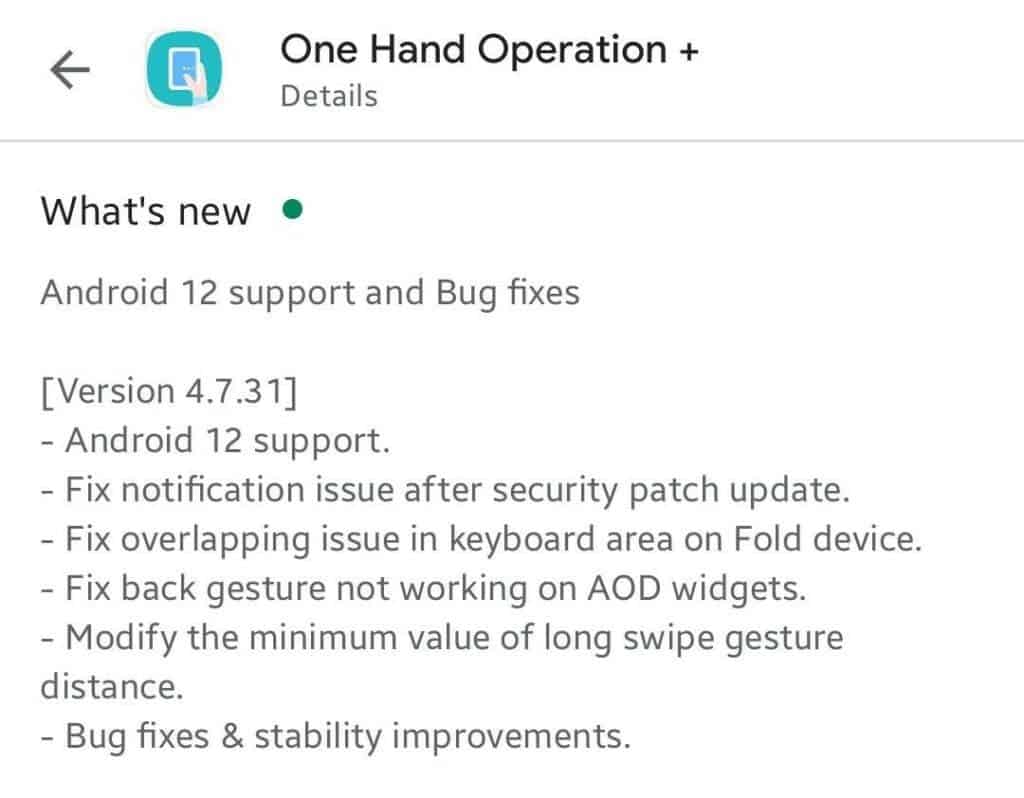 Besides Android 12, the update is not too exciting. It fixes some bugs and tweaks the overall performance. However, it’s a clear hint that Samsung is working in the transition to Android 12. For now, there’s still no official word about the One UI 4.0 rollout. However, we may see Galaxy flagships getting it until the end of the year. Samsung has evolved to become one of the fastest companies rolling Android updates for its flagships. The company will start with current flagships and move gradually, or in the same time, to older models. The mid-range smartphone series should start receiving it early in the next year.

Previous MIUI 12.5 Enhanced Global update will roll out for these smartphones