Yesterday, Facebook stock price rose by $8.25, an increase of 2.26%, and reached $372.63. As a result, the company’s market value reached $1.051 trillion. For regular users, this sounds good but not interesting. However, those who follow what’s happening in this niche knows that this may be the investor’s reaction to a report in the Telegraph about a new Facebook project.

Horizons Workrooms is a virtual reality conference network space developed by Facebook’s London office. This product “brings billions of dollars a year.” Facebook has been investing in it for many years, hoping to develop a “metaverse” for people to communicate in cyberspace. According to The Telegraph, Facebook users with Oculus virtual reality glasses can use Horizons to hold virtual meetings on the Internet. By the way, each virtual reality cartoon character represents a user. 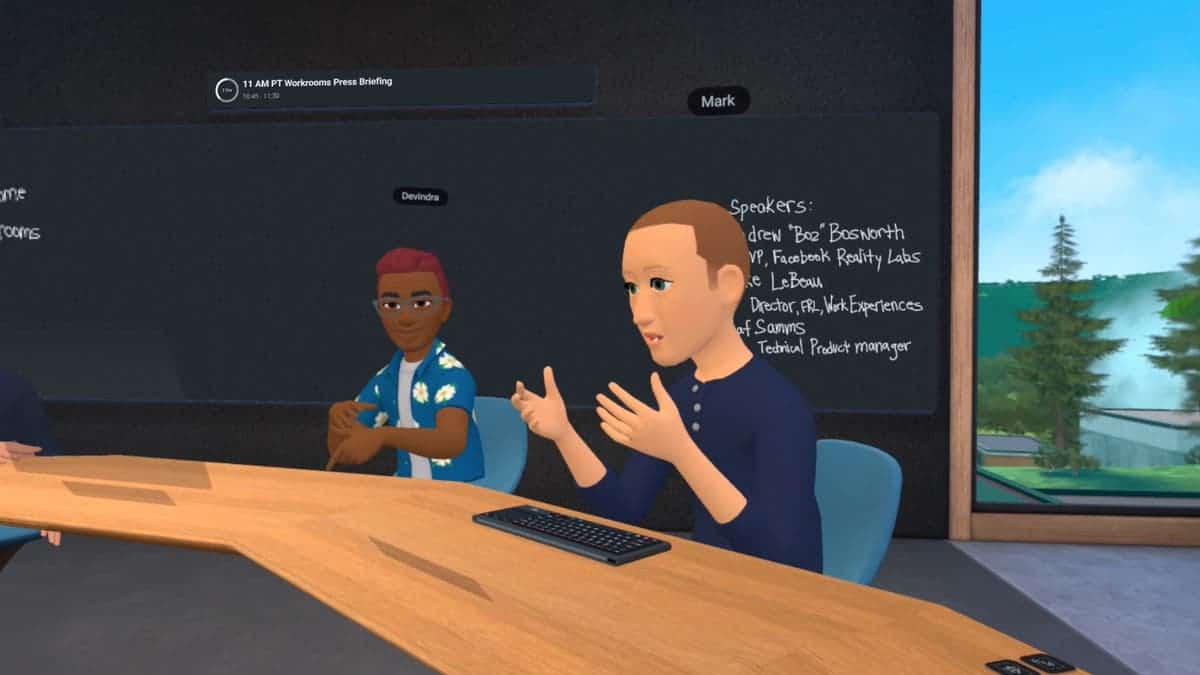 This may be just the beginning. According to Facebook CEO Mark Zuckerberg, Horizons may be the first step in Facebook’s transformation from a “social company” similar to Twitter or Snap to a “metaverse company.”

From A Social Company To A Metaverse Company

Last month, Mark Zuckerberg informed investors about a very promising project. He said that the company is working to mold itself into a “metaverse company”. If talking impressively, Facebook wants to create a virtual environment similar to that seen Ready Player One. It will allow users to interact in a virtual space that is driven by companies like Facebook and other tech giants like it.

“I wanted to discuss this now so that you can see the future that we’re working towards and how our major initiatives across the company are going to map to that,” Zuckerberg said during the company’s earnings call last night. “what is the metaverse? It’s a virtual environment where you can be present with people in digital spaces. You can kind of think of this as an embodied internet that you’re inside of rather than just looking at.”

In the interview with TheVerge, the Facebook CEO described the metaverse as a virtual environment where people can hold meetings and perform other activities. Many think this is a complete change from what Facebook is now. But in fact, it’s evolution. Facebook already has a strong influence in the internet. So, the company wants to use this influence and build something bigger. In this sense, the term metaverse completely impresses Facebook’s goals. As said, the company already has Oculus which can help in this.