Earlier this year, Realme unveiled its Realme Narzo 30 series in the Indian market. So far, the company has launched three different models with 4G and 5G variants across different price segments. Now, the company believes that the series is due for an upgrade as it’s preparing the new Realme Narzo 50 series for release. As you can see, Realme is skipping the Narzo 40 here due to the number 4 association with bad luck in China. The Realme Narzo 50 series has been leaking a lot, but so far the most completely leaked device seems to be the Realme Narzo 50i. Apparently, the Narzo 50i will be the most entry-level smartphone in the series. So a possible Narzo 50A will be placed above this variant.

According to the tipster, the Narzo 50i will come in two colorways – Mint Green and Carbon Black. We don’t know the design of the Narzo 50i, but if is close to the Narzo 50A, then the device will have a huge camera island and a dual-tone finish. The bottom part has diagonal lines whereas the top portion of the rear stands with a smooth finish. Unfortunately not much is known about the handset at the moment. 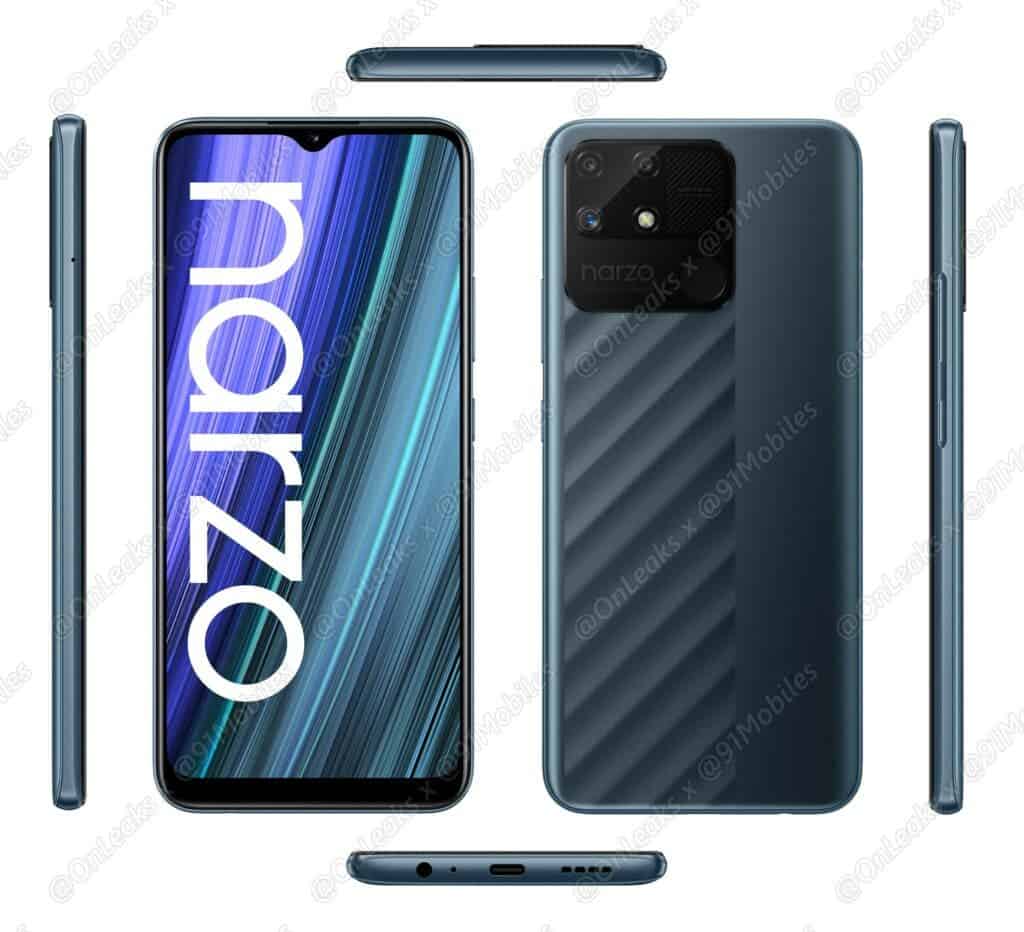 The device will like come with a dual or triple-camera setup which gets aided by a LED flash. There will be a waterdrop notch in the front serving as a home for the selfie snapper. The display certainly is an LCD with an HD+ resolution. We expect a 5,000 mAh battery to be fueling the package here. However, we don’t have big hopes for the charging capabilities.

Realme is yet to start teasing the Realme Narzo 50 series. However, this can start in the next month as it will be filled with many releases from smartphone makers. The company will start a teaser campaign ahead of the unveiling. So the best we can do now is wait and keep checking the rumor mill for more details about these handsets.

Next Windows 11 - minimum requirements are here to stay, but there's still hope