According to rumors, Apple will make its big move on September 14 where the company will disclose the highly-anticipated iPhone 13 series. So far, we haven’t seen the smartphones in live leaks. After all, the company has been pursuing the leaksters with insider info to prevent its commercial secrets from spreading out of the wraps. For that reason, everything we know about the iPhone 13 series is mostly based in reports. The back of the device has leaked renders, but the display is still unknown. Rumors say that the devices will have a smaller notch, however, there might be some surprises.

An Apple device believed to be the iPhone 13 has appeared on a comedy series on Apple TV+ called Ted Lasso played by Jason Sudeikis. In the recently aired episode six of season two titles “The Signal”, viewers spotted a notch-less iPhone 13 model in two different scenes. The phone did have the custom iPhone UI but the notch was lacking. Further, the rear design was spotted revealing a dual-similar camera setup to that of the vanilla iPhone as spotted in some of the leaks.

Apple has been sticking with a wide notch since 2017

Apple introduced the notch in 2017 and has pretty much revolutionized the market with its solution. Smartphone firms have played with the wide notch solution and then switched to waterdrop notches. Android OEMs, then moved to the pop-up cameras and then to the punch-hole displays. Now, Android OEMs are starting to play with under-screen cameras, and Apple is behind with its wide notch. Rumors have been suggesting a smaller notch for this year’s iPhones, and a bezel-less screen would be really impressive. 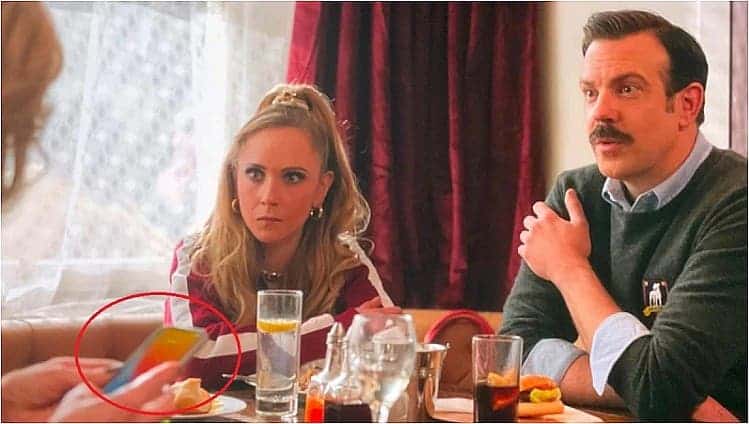 We have to say that Apple leaking intentionally it’s iPhone 13 seems to be very unlikely. Especially in this intriguing way. However, it could still be an unreleased product. Alternatively, it is possible that Apple employed digital special effects to mask the actual design of the device. Thankfully, we’ll know the truth in a couple of weeks.

According to Jon Prosser, Apple will start sending invites for the iPhone 13 keynote one week ahead of the September 14 event. During the event, the Cupertino-based firm will unveil four models of the new flagship. These namely are iPhone 13, 13 Mini,  13 Pro, and 13 Pro Max. The two Pro variants will have a 120 Hz refresh rate and the Pro Max model is said to come with Ultra-Wideband technology. The entire lineup will pack the newer Apple A15 processor.