Chinese manufacturing giant, Huawei, released its own operating system, HarmonyOS 2, on June 2. Since then, the company has been releasing this update to millions of Huawei and Honor smartphones. As of now, over 100 million units across over 90 models have this update. However, these units are all Chinese models. However, it appears that a piece of good news is in the pipeline for global users. According to a recent report, the Huawei Developer Conference (HDC.Together 2021) will be held at the Dongguan Basketball Center from October 22 to 24. Recall that HarmonyOS 2 and EMUI 11 were first announced at this event last year. Thus, there are reports that HarmonyOS 3.0, as well as EMIUI 12, may launch in this event. Furthermore, there are speculations that the company may release HarmonyOS for non-Chinese users for the first time. Of course, Huawei will also most likely share the latest developments in HMS Core 6.0 and smart solutions.

Presently, HarmonyOS 2 already have another upgrade version, HarmonyOS 2.1. This update will be pre-installed on nova 9 and the Huawei P50 series will get it later this month. As for HarmonyOS 3.0, all we have now are just rumors and speculations. In fact, its arrival at the October event remains speculation. However, for EMUI 12, this system truly exists and has actually appeared on the official website of Huawei. In fact, the Huawei nova 8 which the company released in Russia last month comes with EMUI 12. 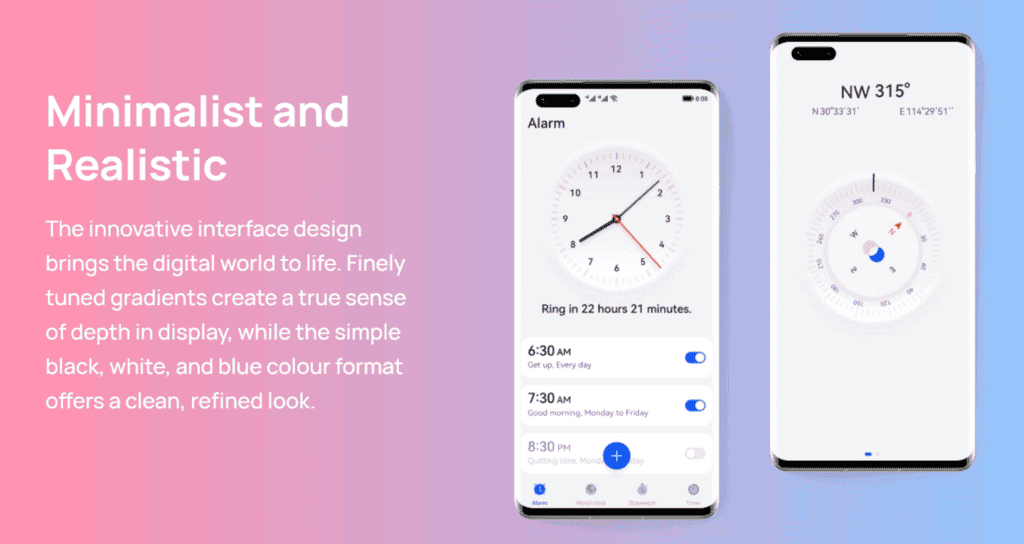 Description of some of these features

Simple UI: The innovative interface design brings the digital world to life. It comes with finely tuned gradients that create a true sense of depth in the display. Furthermore, the simple black, white and blue colour format offers a very clean look.

Flexible Font Weight Adjustment: EMUI 12 supports stepless weight adjustment. This allows users to adjust the size and weight of the font with a slider. Of course, the impact of this feature will be a satisfactory and comfortable reading/viewing experience.

Equipment + Smart Collaboration: Tap the MatePad icon to activate multi-screen collaboration with the MatePad. You can then make calls, send messages and check photos from your smartphone on the tablet screen.

Cross-device Video Calls (MeeTime): Seamlessly shift video calls taken on your phone to Huawei vision by using the MeeTime video call transfer feature. You can also shift back the call to your smartphone anytime you wish. 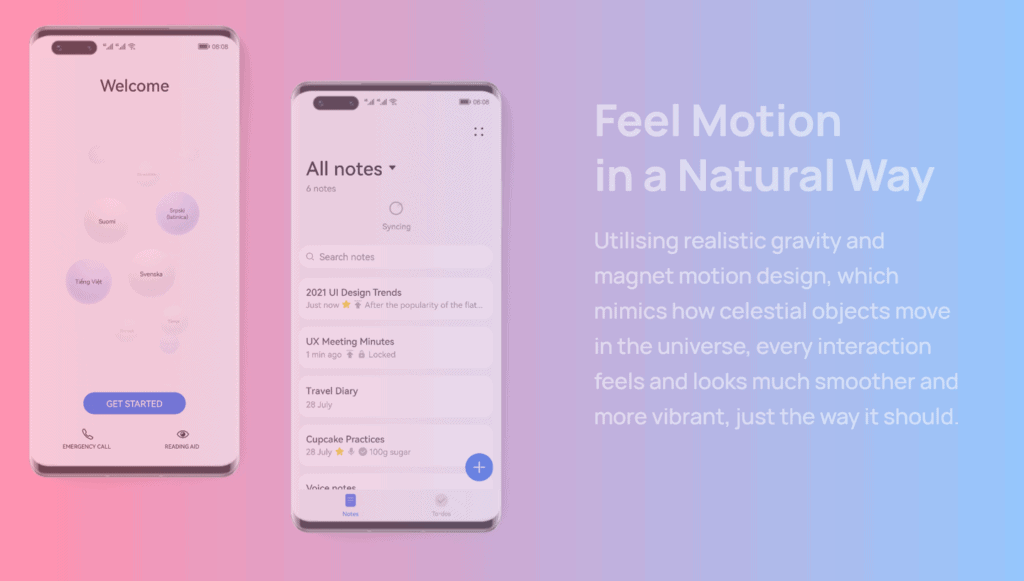 From the features, we can see that EMUI 12 inherits some innovative functions from the Harmony system. Unfortunately, there is no official announcement for the devices that will get this update. It seems that EMUI 12 should be mainly for global users who rely heavily on the underlying Android. The Huawei Mate 40 series is used in the demo picture. It is not difficult to guess that it will be the first to upgrade. In addition, the Huawei P40 series, Mate 30 series, etc. should also be on the early adopter’s list.

Previous WhatsApp Should Pay €225 Million To Ireland Over Privacy Concerns

Next Realme 8s, the world's first Dimensity 810 smartphone to debut on Sept. 9