Today, a Realme executive said that the Realme GT Neo has exceeded the sales volume of 1 million units. This is a good indicator to design a follow-up model. So the company has decided to launch the Realme GT Neo2 with comprehensive configuration upgrades soon.

Prior to this, Digit and the well-known whistleblower @OnLeaks released a rendering of the upcoming Realme GT Neo2. Also, it has passed through a certification. In other words, we know everything about its features and the look. Of course, at the official launch event, some of them may change. But generally, the phone will remain the same. 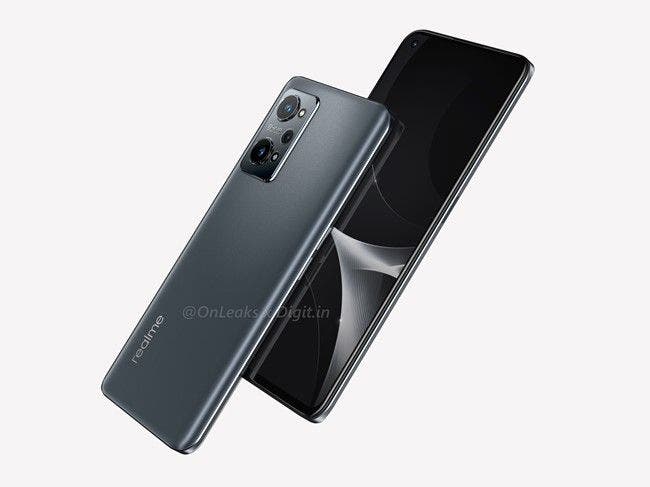 Well, from all the leaks, official news and renders, we know that the Realme GT Neo2 will sport the Qualcomm Snapdragon 870 chip. This is one of the most famous chips in the Android camp. Also, the Snapdragon 870 inherits many key parameters of the Snapdragon 888 but costs less. Thus, we are dealing with a chip characterized by top-end features but priced like a mid-ranger.

Apart from this, the phone will come with a 6.62-inch AMOLED display that also has a FHD resolution as well as a 120Hz refresh rate. In this sense, we have to say that the display is from the top echelon. Well, there are better displays on the market. But they are mainly met on the gaming smartphones. On the front, it will carry a 16MP lens, while on the opposite side, we will get a 64MP main camera. The rest of the sensors on the back will be an 8MP ultra wide-angle lens and a 2MP macro camera. We have seen the unique camera bump for the Realme GT series with split dual-LED flash through the renderings.

Lastly, the Realme GT Neo2 will have an 8GB memory as well as a 128GB native storage. It will run the latest version of the Realme UI 2.0 system based on Android 11. And the battery capacity will reach 5000mAh. It will certainly come with fast charging, and we can’t help but believe that it comes with the 65W fast-chargin present in all other GT-series smartphones. Unfortunately, it seems that this variant is dropping the 3.5 mm headphone jack and that’s a big surprise as other devices in the series come with the old analog port.

As some Weibo bloggers prove, the machine has internally tested the 120-frame “Honor of Kings.” It focuses on high performance and strong battery life. The insiders said that the Realme GT Neo2 is a new machine that has strong gaming capabilities.