Realme Pad design has been unveiled via the tablet’s landing page that went live ahead of its launch in India. The upcoming tablet has already passed through Geekbench benchmarking site with some key specifications that corroborate earlier leaks. Aside from that, the device has been subject to multiple leaks and speculations. On top of that, the Indian-based Chinese smartphone brand gave us a glimpse of its first tablet’s side profile in the form of an official teaser, earlier this month. 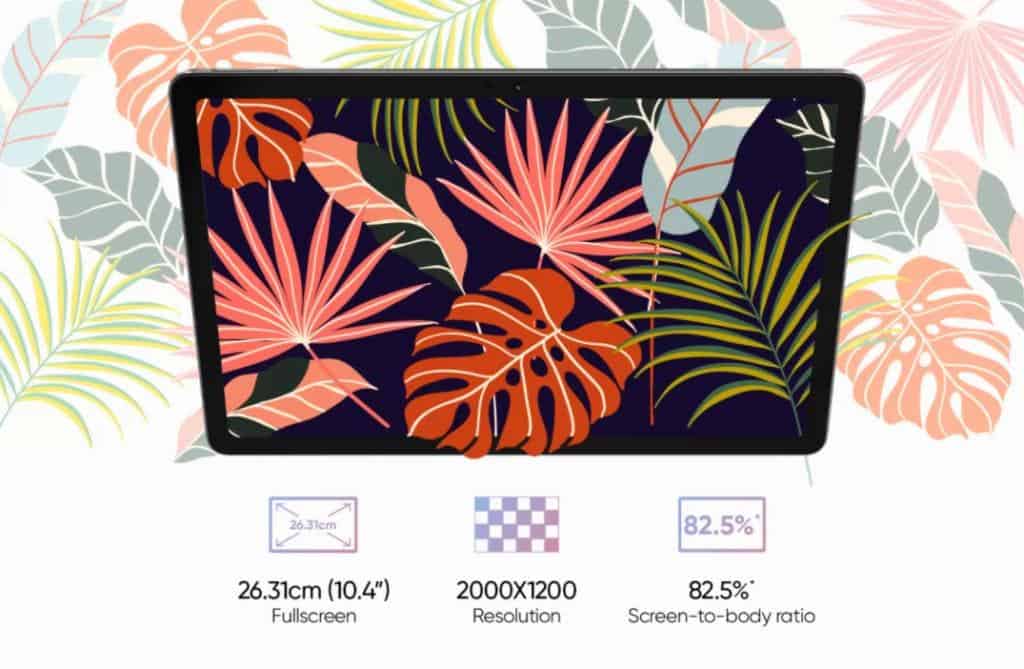 The teaser image suggests that the Realme Pad will be very slim and sleek. Realme India and Europe CEO Madhav Sheth shared the official teaser on Twitter before the tablet’s official unveiling. The image showed a protruding camera at the back. Earlier reports claim that the device’s dimensions are 246.1 x 155.8 x 6.8mm and its thickness is 8.4mm at the camera bump. Furthermore, it has been confirmed that the Realme Pad will be launched on September 9 alongside the Realme 8 series featuring the Realme 8s and Realme 8i smartphones.

The much-awaited Realme Pad has a landing page on Flipkart. Last month, the listing on the retailer site showed off a slim and lightweight tablet. Now, the landing page has been updated and it showcases the device’s front and rear design. The image shows that the tablet will be sporting a 10.4-inch display with a high resolution of 2000 x 1200 pixels, and thick bezels encompassing the screen. Moreover, the tablet offers an 82.5 percent screen-to-body ratio.

However, the Flipkart listing does not confirm an earlier report that hinted at an AMOLED display. The tablet’s rear panel houses a single camera. Moreover, since the device is touted as an ultra-thin device, it will measure just 6.9mm thickness. This doesn’t coincide with earlier reports that hint at 8.4mm thickness. Aside from that, the device is tipped to come in Gold, as well as Gray color options. According to a report from TechNave, the tablet could house an 8MP camera at the back and on the front.

The upcoming tablet will sport a 10.4-inch AMOLED display. Under the hood, it will pack an Helio G80 chipset, paired with 4GB of LPDDR4x RAM. On top of that, the tablet will ship with 64GB of eMMC 5.1 storage. A robust 7,100mAh battery will be powering up the entire system. In the optics department, the tablet will reportedly feature an 8MP fixed focus camera at the front, and an 8MP autofocus enabled rear camera. Other notable features include LTE, Wi-Fi, Hi Res-Audio support, HD, DTS, and quad speakers. Furthermore, there will be multiple variants of the upcoming tablet.

Previous Qualcomm: Regardless of number of users, China is the world's 5G leader

Next Realme 8i Pricing, Variants For Europe Revealed, See Details