After the official launch of the Harmony operating system, Huawei has been working on this system. The Chinese manufacturer is adding new features to upgrade the useability of this system. According to a recent Weibo report, Huawei’s HarmonyOS battery health system is now rolling out in batches. From the screenshot, the battery settings have a new “maximum capacity” option. The option will be able to evaluate the battery capacity of the mobile phone and let users understand the current battery health. 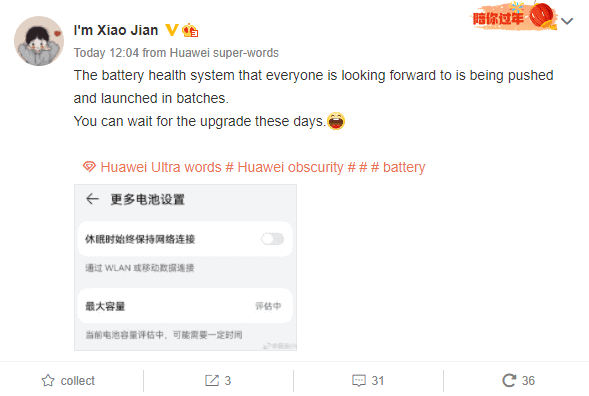 HarmonyOS is a new and independent intelligent terminal operating system developed by Huawei for the era of the Internet of Things. It provides a unified language for the intelligence, interconnection, and collaboration of different devices. HarmonyOS is suitable for large and small devices. Devices with memory as small as 128KB and as large as 4GB or more can run. These devices can be integrated at the system level to form a super terminal. It also enables hardware mutual assistance and resource sharing between different devices. 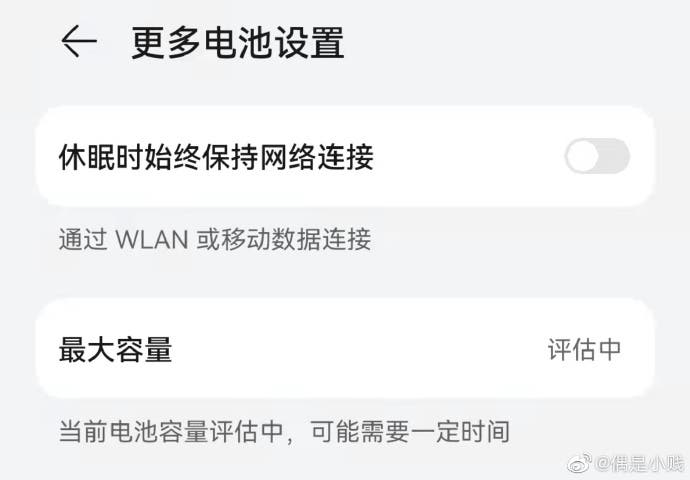 In the first week, by June 9, we already had over 10 million HarmonyOS users. In two weeks, this operating system had over 18 million users. After a month of upgrade, HarmonyOS had over 25 million users. Before the end of July, this figure increased to over 40 million. In less than two months, as of early August, this operating system had over 50 million users. A new report shows that HarmonyOS 2 now has over 90 million users. It is obvious that this system will have well over 100 million users before the end of this year. This upgrade is Huawei’s largest system update in its history. As of now, over 56 very old models from Huawei and Honor are already getting this update. Most of these devices wouldn’t have gotten any more major EMUI updates. According to Huawei, over 300 million devices (200 million Huawei devices and 100 million third-party devices) will have this update this year.