The Xiaomi MIX series is a flagship series that emphasizes the design of the smartphone. Over the years, this series releases flagships with full-screen displays and powerful chips. However, after the Xiaomi Mi MIX 3 hit the road in 2018, there was a huge lacuna in the MIX series. However, after three years, Xiaomi recently successfully released the Xiaomi Mi MIX4. Just like other smartphones in the MIX series, the MIX 4 comes with a full-screen design. However, this time, it used a new camera technology and did not need the mechanical slide of the MIX 3. This new camera technology is the under-screen camera technology. A new report points to what we should expect from the MIX 4 successor, Xiaomi Mi MIX 5. 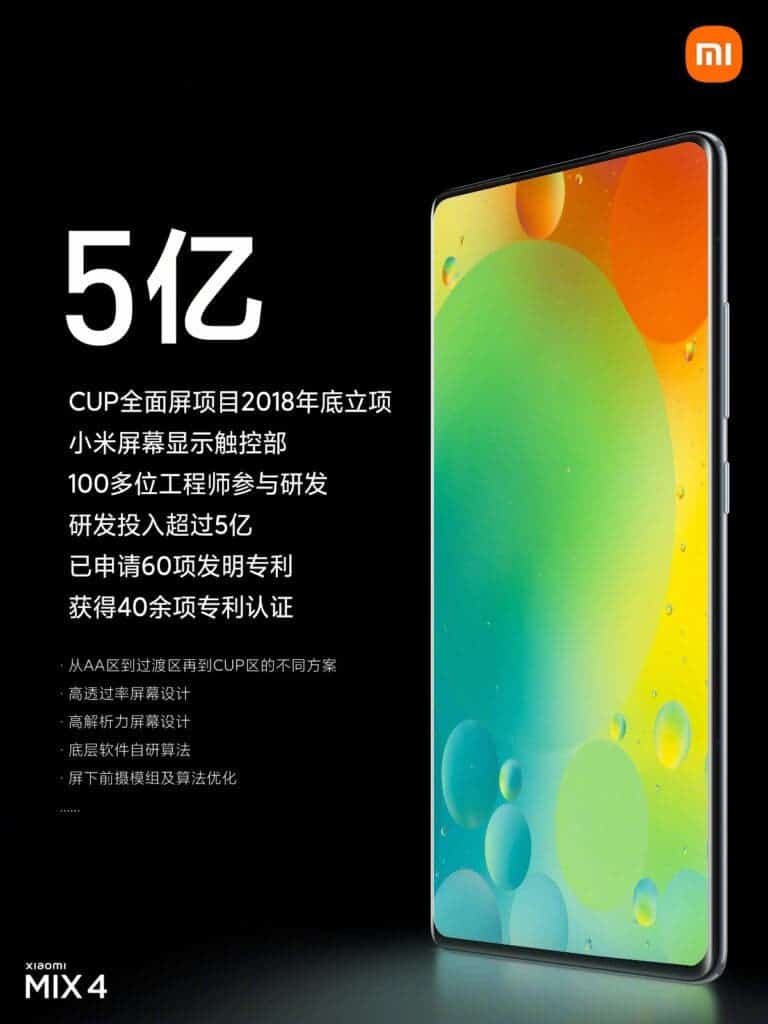 The smartphone industry is slowly approaching a technological bottleneck in many aspects. However, the new trend of the MIX series has a lot of improvement to make. Many thanks to Xiaomi’s 500 million yuan ($77.4 million) research and development fund, the screen fineness of the under-display technology is high. Also, the company was also able to increase the proactive shooting effect. Relative to other under-screen camera solutions, Xiaomi’s solution is the best in the market.

Unfortunately, increase the camera shooting effect means decreasing the screen quality. While Xiaomi was able to increase the under-screen camera output, the display can not be high resolution. This is an area that requires development and is a bit regrettable for many.

Nevertheless, the upcoming Xiaomi Mi MIX 5 may arrive with solutions for this issue. According to a new report from popular Weibo leakster, @DCS, Xiaomi’s next-generation flagship is developing customized high-resolution under-screen proactive specifications. This solution will have a more refined screen effect than the Xiaomi Mi MIX 4, perhaps up to 2K level resolution. If this is possible, it will be at the same level as regular mainstream flagships.

At that time, the effect of under-screen proactive is bound to be more mature. Thus, there will be no need to make a choice between screen quality and screen performance. This will greatly promote the popularization of under-screen proactive cameras. In another report, @DCS also claims that the 200W wired fast charging for smartphones will enter mass production next year. Of course, the expectations, for now, are that the Xiaomi Mi MIX 5 will launch both the 200W fast charging and the new display. This will obviously make the Xiaomi Mi MIX 5 a flagship killer. This device is worth looking forward to.

Next Get ready to pay more for smartphones next year