Only a couple of days separate us from the world premiere of the Xiaomi 11T series, the Xiaomi Pad 5 tablet and the mid-range Xiaomi 11 Lite NE. Of all the debutants, the most interesting is the Xiaomi 11T and 11T Pro, so it’s no surprise that insiders keep finding information about them. Once again, we evaluate the design of new products, and also learn more about the basic version of the series.

Externally, the Xiaomi 11T and 11T Pro will be the usual smartphones of our time. Looking closely, you notice that the frames around the perimeter of the display are small, interspersed with the front camera on the front panel and the rectangular block of the main camera on the back panel. 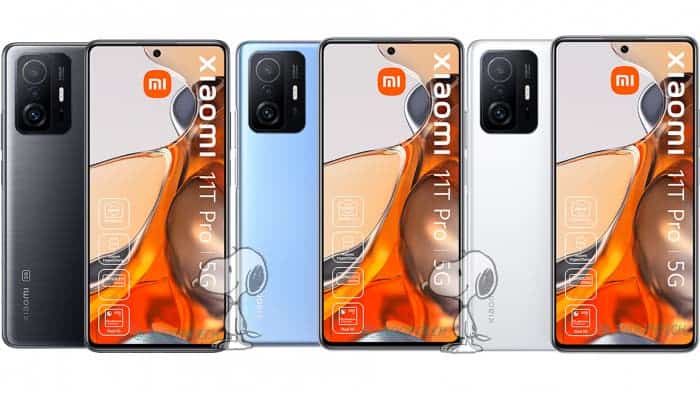 The rear-camera platform itself with sensors on the back resembles the solution from Redmi K40, only increased in size and with less radically cut corners. Interestingly, the creator of the renders showed a 100 megapixel inscription on the Xiaomi 11T camera; while rumors orient us towards the presence of a module with a more modest resolution.

Xiaomi 11T is credited with an AMOLED display with a 120 Hz refresh rate and AdaptiveSync technology; a fingerprint scanner on the side and a Dimensity 1200 processor, which has eight cores with a peak frequency of 3.0 GHz and Mali-G77 MC9 graphics.

The battery capacity should be 5000 mAh and the wired charging power should be 120 W. The main camera of Xiaomi 11T will be triple with a 64-megapixel main module; and the Android 11 operating system with MIUI 12.5 shell will be in control of the device.

So, as for the Xiaomi 11T Pro, the screen and battery of the device will be identical to those offered by the base model; but the key module in the main camera should be 108 megapixels. Xiaomi will be launching an ultra-fast 120W HyperCharge charger this month alongside the flagship Xiaomi 11T. Many are skeptical about such solutions, believing that they lead to accelerated battery wear; but Xiaomi claims that this is not the case.

According to Daniel Desjarlais, head of Xiaomi’s international public relations department; users of the new ultra-fast charger should not be afraid of accelerated battery wear. The battery of the device consists of two separate cells that will be charged simultaneously; comparing such a solution to refueling two separate tanks installed in one car. According to him, the battery of the upcoming Xiaomi 11T Pro will provide the same durability as the batteries of smartphones with a lower power supply rate. It is reported that after 800 charge cycles, which roughly corresponds to two years of using the device; the battery will still retain at least 80% capacity. For example, Apple claims that its smartphone batteries lose the same 20% capacity after 500 charge cycles.

Xiaomi 11T Pro gets a launch date for the Indian market