Today, Meizu Technology officially announced that it will hold the “Meizu Something New Product Launch Conference” at 15:30 on September 22. In addition to the release of Meizu 18s, 18s Pro, and 18X flagships, it will also bring Flyme, and over 30 new products. Some of these products include Lipro, PANDAER, and so on. As of now, we can not tell exactly what to expect from the Meizu conference. However, we know that the Meizu 18s series and Meizu 18X will be the protagonist of the event. 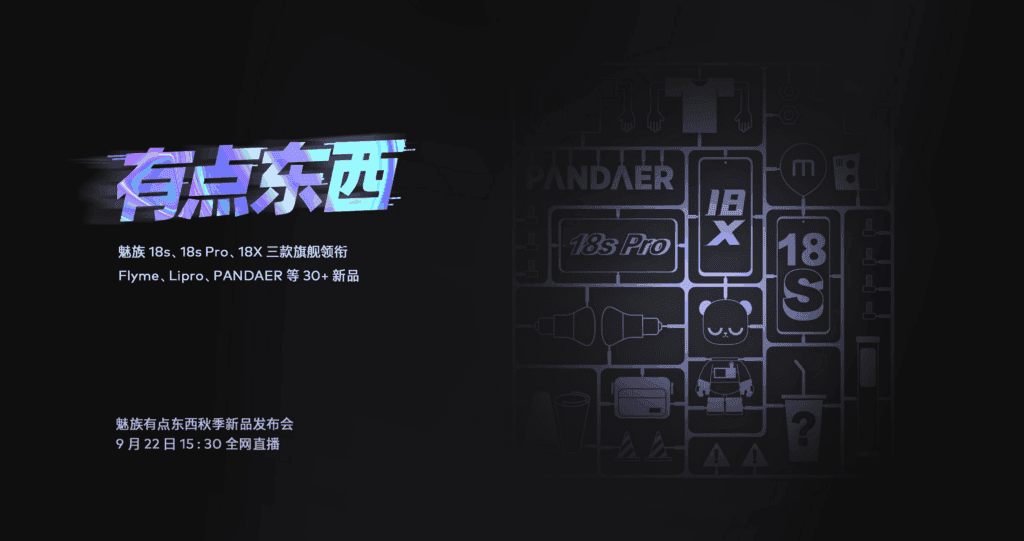 The TENAA listing of the Meizu 18s series shows that it will offer three colour options. This flagship series will have gray, blue, and white options. The Meizu 18s will come with a 6.2-inch AMOLED screen with a resolution of 1440 x 3200. The body size (dimension) is 152.4 × 69.2 × 8.18 mm, weighs about 162g, and has a built-in 3910 mAh capacity battery. Furthermore, this device supports 36W fast charging and will use a triple rear camera setup. Specifically, it will use a 64MP main camera as well as 16MP and 8MP supporting sensors.

For the Meizu 18s Pro, it has a slight increase in display size. This device will come with a 6.7-inch AMOLED screen with a resolution of 1440 x 3200. Furthermore, this flagship will have a built-in 4410 mAh capacity battery and support 40W fast charging. In the camera department, it will use a quad rear camera setup. Specifically, it will have a 50MP main camera. However, the other sensors will be 32MP, 8MP, and 3MP.

The mid-range or pseudo flagship Meizu 18X will come with a smaller 6.5-inch OLED straight display. This smartphone will also support a built-in 4200 mAh capacity battery, as well as a 30W fast charging capacity.

As we all know, this company does not release too many smartphones in a single year. It is worth mentioning that the Meizu 18X will be its first model to use the Snapdragon 870 processor. In addition to the three flagships, Flyme, Lipro, PANDAER, and other new products will also make an appearance at this launch event.

We will have to keep our fingers crossed and see what the company will have for us. Keep a tab with us and we will keep you informed of the devices and technologies at this event