South Korean tech giant Samsung has launched a new monitor which aims to appeal to remote workers and students who are now more dependent on personal displays for matters of work and schooling.

Samsung has announced its new 24-inch Webcam Monitor S4, aimed at hybrid workers and students. While it is on offer in the U.S., Europe, South East and South Korea, we know the US pricing, which is $319.99.

What Features Does the Samsung Webcam Monitor S4 Have? 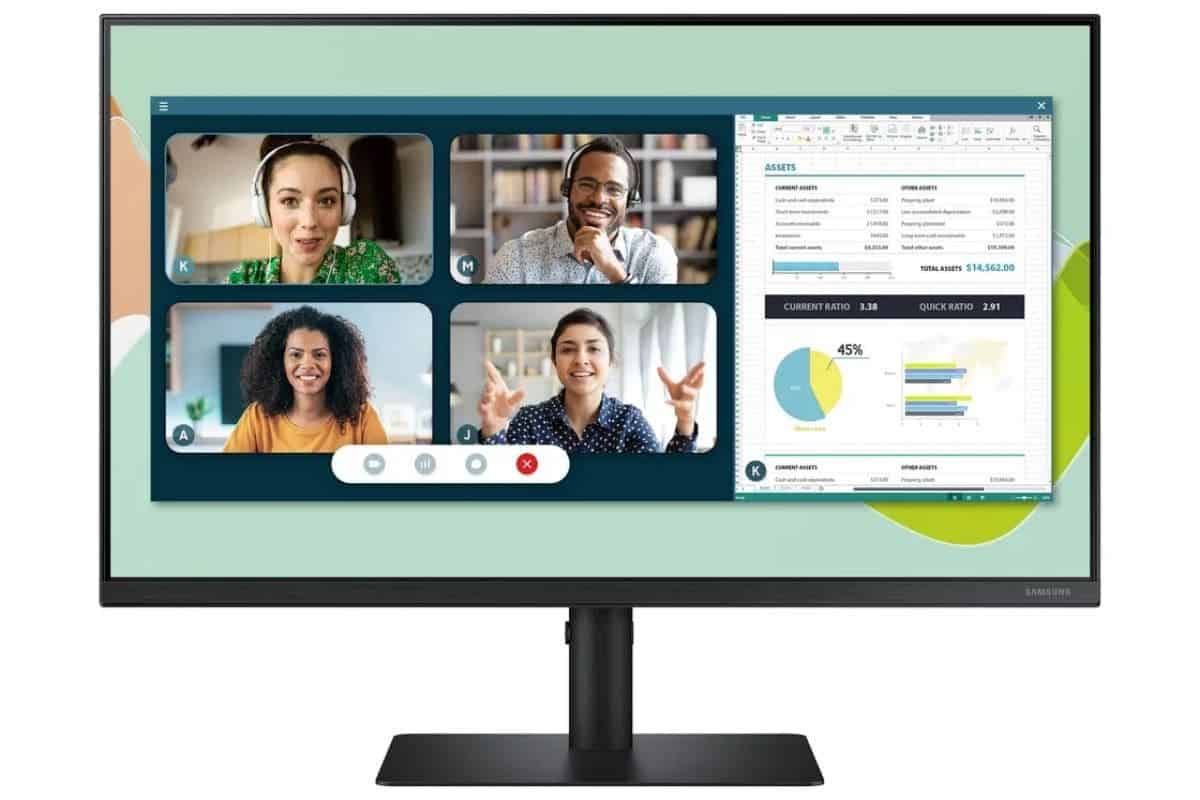 In relation to this launch, Mark Quiroz, the VP of Marketing for the Display Division said that “With many adjusting to long-term hybrid work and learning environments, Samsung is introducing its first webcam monitor”. In addition to this, he mentioned that this is to make life easier for those often on video calls or multitasking

Whilst talking about the monitor, he added that  “thanks to the webcam at the top of the screen, users can join a video conference, take an online class or attend a virtual event all from the same monitor.”

In terms of specifications, the monitor can display content at Full HD resolution with a vertical wide and horizontal viewing angle of 178-degrees.

There is a 2MP front camera in a pop-up module with Windows Hello, allowing the user to secure their data without relying on just a password.

Besides this, connectivity options on the Samsung Webcam Monitor S4 include DP, D-Sub, HDMI ad Audio Out, so users can connect other tools to the display.

In other Samsung news, the company today announced a new phone under its Galaxy M series of devices as it has now listed the Samsung Galaxy M22 on its official website in Germany.

The device sports a 6.4-inch HD+ Super AMOLED display with an Infinity-U style notch to the top. Since the device has a refresh rate of 90Hz, it somewhat makes up for the lower resolution of the panel.

Performance-wise, the listing reveals that the device draws power from an unspecified octa-core SoC. We know that this SoC is paired with 4GB of RAM and up to 128GB of internal storage, which might seem low. Despite this low internal storage, worry not since a microSD card slot allows for expansion up to 1TB.

In addition to all of this, the Samsung Galaxy M22 offers a 5000 mAh battery and 25W fast charging. Connectivity-wise, there is support for Bluetooth 5.0, Wi-Fi 802.11 ac, NFC, USB Type-C port and a 3.5mm headphone jack. Security-wise there is a rear fingerprint sensor.