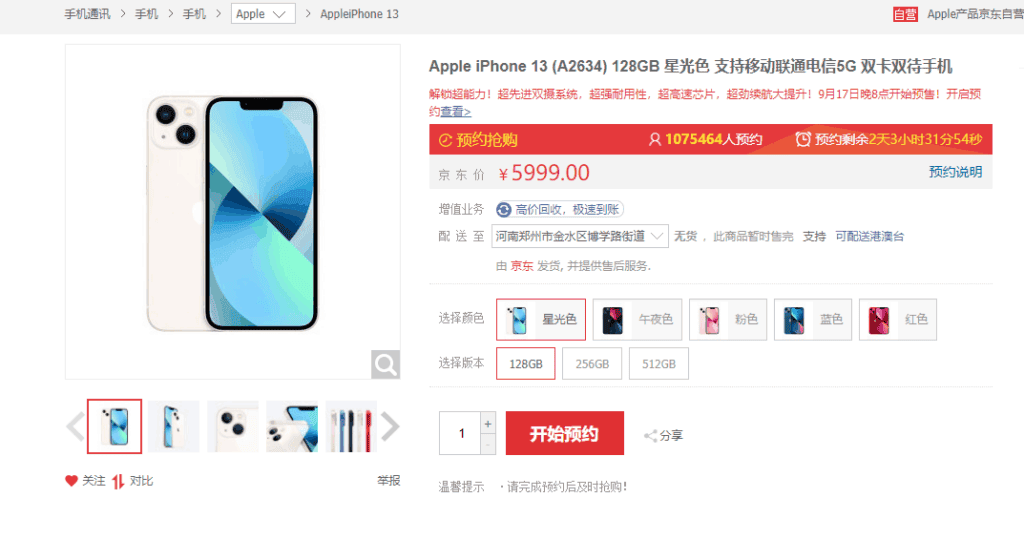 In terms of design, the iPhone 13 series is made of aluminum alloy and the notch is 20% smaller than the previous generation. This design gives more space for the display of these smartphones. In this series, the iPhone 13 Pro and iPhone 13 Pro Max both use a new super retina XDR display. They also support the ProMotion technology and have an adaptive refresh rate of up to 120Hz.

As the most powerful iPhone so far, all iPhone 13 series comes with Apple’s A15 Bionic chip. The chip uses a 5nm process, integrates up to 15 billion transistors, and is equipped with a brand-new 6-core CPU. The chip includes 2 performance cores and 4 energy efficiency cores. This device increases the CPU performance by up to 50%. On the iPhone 13 Pro and iPhone 13 Pro Max, the Bionic A15 chip has an extra GPU core. The 5-core GPU increases the image processing performance of the phone by up to 50%. The iPhone 13 model has a 4-core GPU.

Of course, we would expect such a reduction because the iPhone 13 series is not innovative. Although this series reduces the notch for the first time in four years, this is not enough for a price increase. Apple is quite smart with the pricing of the iPhone 13, especially in the US and China. This series is actually “very cheap” in the US market and the Chinese market.