Vivo’s iQOO sub-brand is focused on bringing hardware-appealing yet cost-effective smartphones. While the iQOO numbered phones such as the iQOO 7 and the recently released iQOO 8 series are costlier, the company has a range of other devices for the different pocket sizes. One of these devices released this year was the iQOO Z3 5G.  The device was released with the Qualcomm Snapdragon 768G processor for a price below the $275 mark. This device reached key markets for iQOO which includes India. Now, that the company has a new king of flagships, it’s also time to unveil a new mid-range contender. This will come in the form of the iQOO Z5 which is set to come with Snapdragon 778G. The device will hit China on September 23, and as per a new report will hit India later.

IQOO has just confirmed that the iQOO Z5 is also heading to India, and it will be an Amazon exclusive smartphone. It’s common to see companies partnering with the country’s popular e-commerce platforms for new releases. The struggle often goes between Amazon and Flipkart, and this time around, the US-based e-commerce giant has gained the preference. For now, there is no exact launch date for the Indian market, but we think that it will happen soon after the Chinese unveiling. 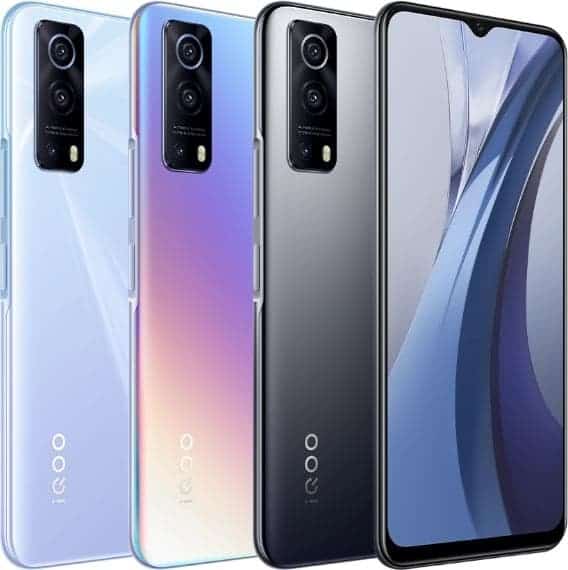 iQOO Z5 is upgrading the game with Snapdragon 768G

As previously mentioned, the handset comes with the Qualcomm Snapdragon 778G SoC. Companies are finally replacing the old Snapdragon 765G and its tweaked sibling – Snapdragon 768G – for something released this year. The same processor is already present in a multitude of smartphones. Namely, we have the Realme GT Master Edition and the Samsung Galaxy A52s 5G. Both devices are already available in India, and now, the iQOO Z5 5G is coming as another option for those who want this level of performance. In addition to the platform, the phone has 5G connectivity and LPDDR5 RAM, and UFS 3.1 storage. Indian users will have to wait a little bit to enjoy 5G, but it’s good to stay future-proof.

As per the reports, the new phone will come in advanced RAM / Storage combos. We expect a cheaper, starting variant with 6 GB of RAM and 128 GB of Internal Storage. However, iQOO may also offer the device in a high-tier combo with 8 GB of RAM and 256 GB of Internal Storage. Other specifications are still unknown, but rumors point out to an AMOLED screen with up to 120 Hz refresh rate. The inclusion of an AMOLED screen can possibly make the device more expensive. After all, the iQOO Z3 had an LCD screen. In terms of battery life, we expect something beyond 4,400 mAh with at least 55W fast charging.

Next Insiders leaked screenshots showing what MIUI 13 will look like

iQOO Neo 7 coming with 120W fast-charging has been confirmed