Honor is soon going to launch the MagicBook V 14, which according to the company will be the first laptop to run Windows 11 out of the box.  This particular bit of news comes as Honor announced a strategic partnership with Microsoft.

Will the Honor MagicBook v 14 Really Be the First to Run Windows 11 Out of the Box? 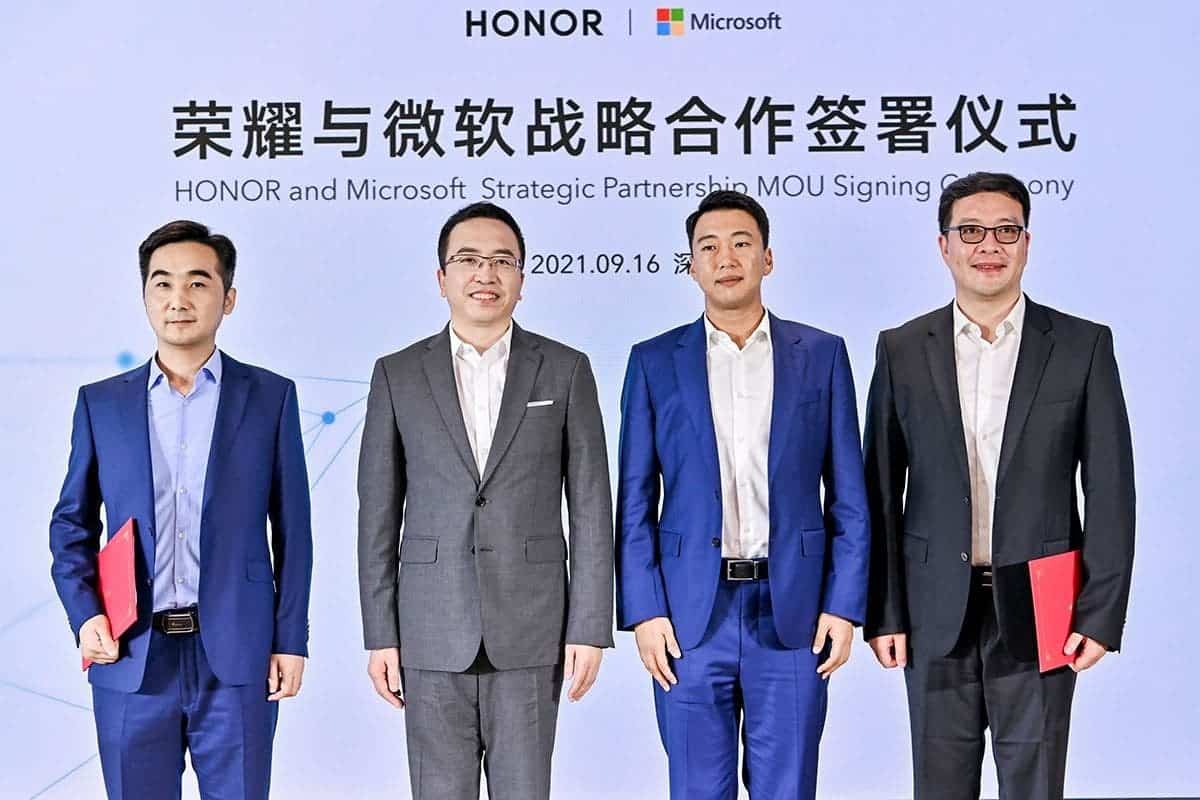 This move might seem strange, but if you know about Windows 11 and its launch date, this announcement makes a lot of sense. The launch event for the Honor MagicBook V 14 is set for 26 September, a few days before a Microsoft announcement and around a week ahead of the October 5 release date for Windows 11.

By launching the MagicBook beforehand, the company can now claim that it has launched the first laptop to run Windows 11 out of the box, a talking point that is quite useful for the company.

Details in relation to the Honor-Microsoft partnership remain scarce since the press release does not reveal a lot. The company states that both corporations will to ‘develop ground-breaking AI and end devices and create forward-looking technology strategies’.

What Are Microsoft and Honor Working on?

Dr Hou Yang, the Corporate VP and Chairman and CEO of Microsoft GCR added that “In the era of the new normal, all parts of the world and all walks of life are accelerating digital transformation.

“With the rise of hybrid work and ambient intelligence, customers expect more convenience, security, and better interaction from their mobile computing devices, systems, and applications, for both work and home.”

“Microsoft hopes to accelerate the integrated development of software and hardware intelligence by continuously deepening and expanding our strategic cooperation with Honor, to bring richer experiences to end-users, and to bring born-in-Asia innovations to the world by leveraging Microsoft Azure.”

Windows 11 is launching soon and as such we will see a couple of laptops launch in and around this time, all of which will run the new version of Windows out of the box, signalling changing times for Windows 10.

Next Realme Narzo 50 Series Could Launch Next Week, Along With Realme Band 2