Xiaomi launched its Redmi Note 10 series way back in March. The vanilla Redmi 10 took a little longer to reach the market, but finally, arrive in mid-August. The new device is way more appealing than its Redmi 9 predecessor packing a more powerful 50 MP primary camera. Moreover, for the first time in the series, there’s a vanilla Redmi smartphone sporting a high-refresh-rate screen. The device reached India as Redmi 10 Prime and also packing a bigger battery. Now, the original Redmi 10 with a 5,000 mAh battery is reaching Europe. Customers will be able to purchase the new mid-range straight from European stores. Previously, they needed to go to Chinese storefronts like AliExpress to order the device from there.

The Redmi 10 is the first smartphone in the vanilla Redmi-series to come with a high refresh rate display. It packs the very same 6.5-inch diagonal from the Redmi 9. However, this time we have a display with a center-aligned punch-hole and a 90Hz refresh rate. The display can switch between 60 Hz and 45 Hz depending on the content shown in the screen. The panel has a Full HD+ resolution.

Under the hood, the smartphone carries the MediaTek Helio G88 SoC. For those unaware, this is a tweaked version of the Helio G85 that enables a higher refresh rate at 1080p+ resolution. It still is based on the 12 nm architecture, still has the same aging Cortex-A75 cores, and still has the same Mali-G57 MC2 GPU. Anyway, this chipset gets the job done. The device comes in variants with 4 GB and 6 GB of RAM. The first is available in 64 GB or 128GB storage options, while the latter comes with 128 GB. 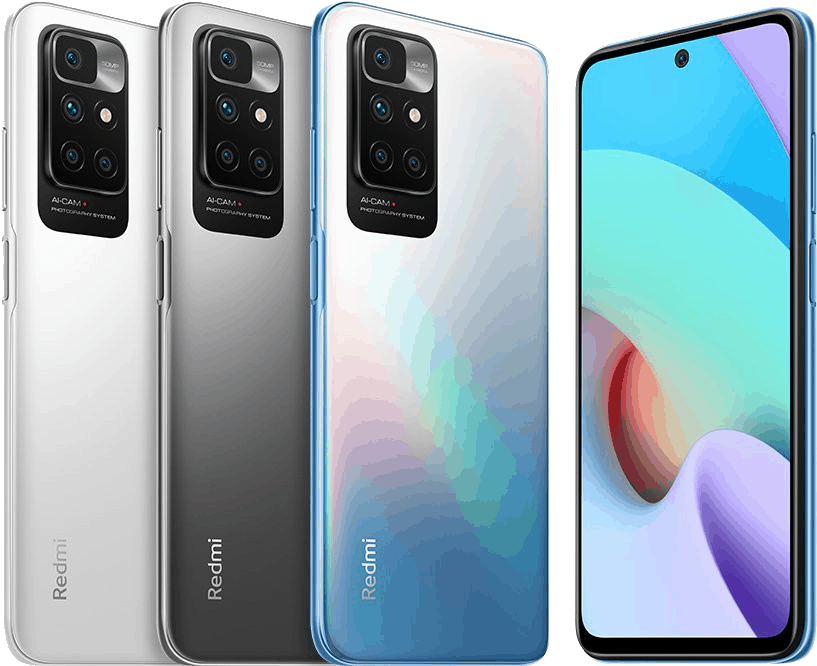