Today, GoPro launched the most powerful action camera it has ever made. The GoPro Hero 10 Black costs $499.

As the most powerful GoPro in history, the GoPro Hero 10 Black’s newly upgraded GP2 chip has doubled the performance. Now, it provides an agile performance, sensitive touch and double frame rate. Thus, it is designed to meet GoPro’s demanding shooting requirements. In comparison to the GP1, this version realizes a qualitative leap in performance. 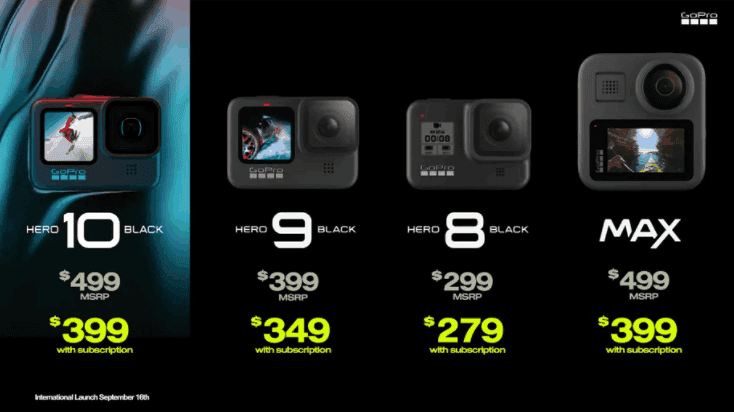 Also, our protagonist supports 5.3K@60, 4K@120, 2.7K@240 (8X slow motion) video shooting. The 23MP sensor outputs photos in RAW format. It also supports SuperPhoto + HDR as well as super image stabilization 4.0 and in-camera horizontal correction. The camera’s “horizon leveling” feature, where it tries to keep the horizon as a straight line, lets the camera tilt up to 45 degrees before the sky starts moving, compared to the 27 degrees from the Hero 9. As the manufacturer proves, the new GoPro action camera’s HyperSmooth stabilization can be used while you’re streaming live.

The new action camera comes with a newly upgraded detachable lens design. In addition, the lens hood has also been upgraded. Now, it uses a hydrophobic glass to reduce the problem of ghosting during shooting. At the same time, it is more scratch resistant.

GoPro continues using a double-screen design. On the front, there is a 1.4-inch LCD display, while on the back, we can find a 2.27-inch touchscreen. Inside, the GoPro Hero 10 Black features a built-in 1720mAh battery. Like the previous generation, the camera can record 1080P@60 videos for up to 101 minutes.

The bare metal is waterproof to 10 meters and the equipment is sturdy in structure. So it can withstand the impact of mud, snow or water. It is suitable for all kinds of activities, such as riding in the rain, playing in the water, skiing, diving and other sports. With waterproof accessories, it can reach a depth of 60 meters, which is suitable for deep water diving. Among them, we can mention the external microphones, ultra-wide-angle lenses, fill lights, etc. The bottom of the product has a foldable connector and a fixing base for easy installation of GoPro accessories. 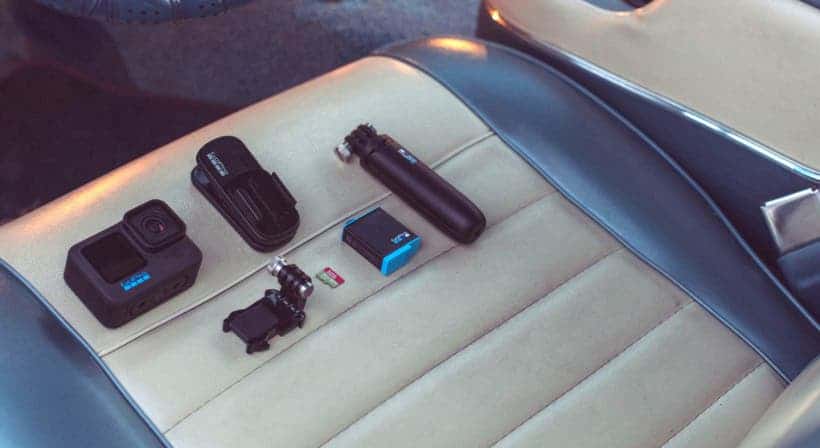 In terms of functions, the newly added “Variable Speed ​​Editing” can switch between real speed or half speed with one button during recording.

The product supports multiple connectivity methods such as WiFi and Bluetooth, GPS positioning, and can even connect to a computer and turn into a web camera. There is a microSD card slot for storage expansion, and it uses USB-C interface for charging and data transmission.

Next Redmi 10 is now available in Europe