This week, the iPhone 13 series was unveiled. Fans are fanatical and delighted that they brought in 120Hz, the basic version starts at 128GB, offered a powerful Apple A15 Bionic, increased battery life and redesigned the camera system. But objectively, there are few changes and those that were offered are not worth the iPhone 12 owners to run to the store for new iPhones.

Until smartphones appear on sale, curious information regarding packaging was avaialble on the network. The company continues to fight for the environment and as part of this fight removed the film that wrapped the box. Now there are no spectacular unpacking with tearing off the film from the packaging with a smartphone. 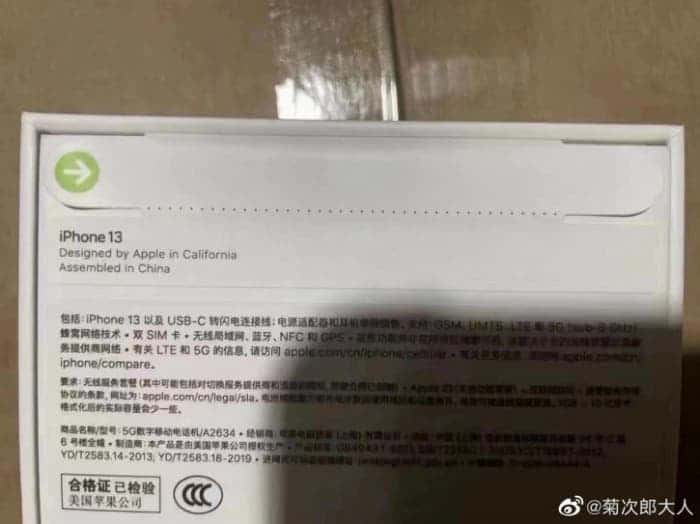 From now on, on the back of the boxes, with smartphones of the iPhone 13 line inside, there is a sticker-seal that holds the lower and upper parts of the box. The rejection of the packaging film allowed to reduce the use of plastic by 600 tons. At least such figures are given by Apple and it is not very clear from what calculation the boxes with the iPhone were used when determining the amount of savings.

True, not everyone believes in good intentions and in the pursuit of environmental friendliness. Many tend to see Apple’s actions as signs of greed and a desire to make more money, lowering production costs, but not reducing their margins. Moreover, the company does not provide figures on how much it spent on the purchase of film and how much the seal stickers cost it, and how the difference affected the cost of the final product. 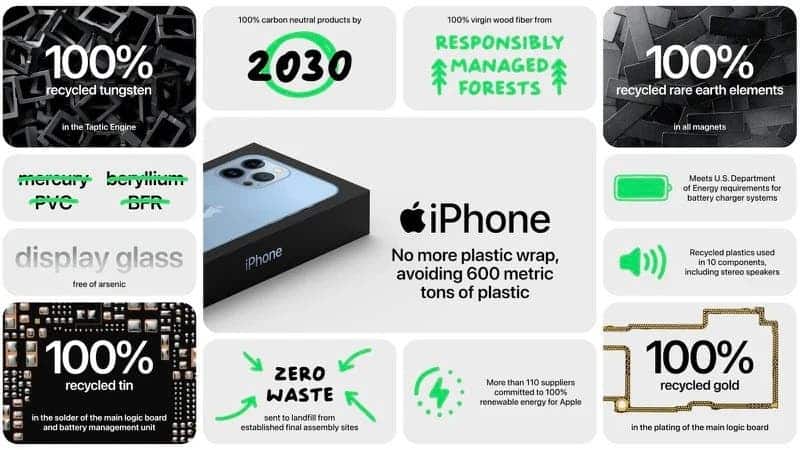 During the announcement of the iPhone 13 series, Apple traditionally did not specify the battery capacity in new smartphones. However, this information was subsequently published on behalf of the manufacturer on the Chemtrec website, which collects hazardous materials data. On average, the battery capacity of the new models has increased by 13% compared to last year’s lineup.

Indicators in the document are in Wh instead of traditional mAh. Despite the fact that most smartphone manufacturers use mAh, in practice this unit is not accurate enough. Below are the capacities of the iPhone 13 batteries and their comparison with similar models from last year.