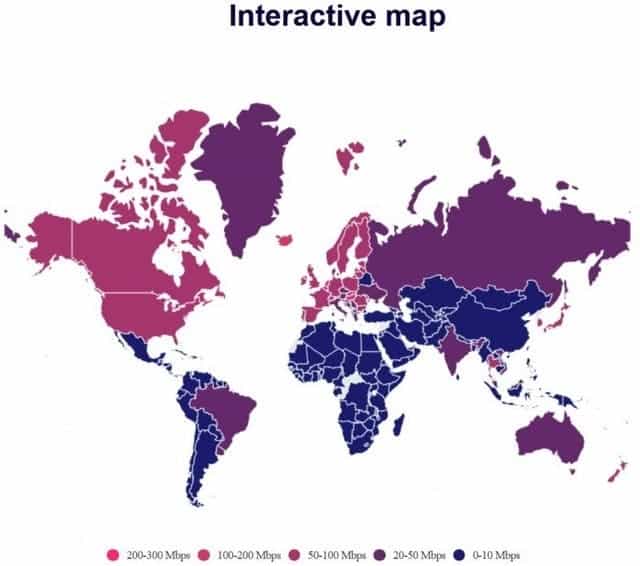 Europe once again occupies an absolute advantage in the rankings, which is mainly due to excellent infrastructure. The countries with the highest rankings are all countries that attach great importance to pure optical fiber (FTTP) networks, while those countries that adopt FTTC and ADSL solutions have fallen further year on year. Last year, download speeds in the five fastest countries were about 276 times faster than those in the five slowest countries. This gap has narrowed for the first time since the study began in 2017. This year, the top five are only 202 times faster than the five slowest countries.