If a recently surfaced teaser is anything to go by, the Xiaomi 11 Lite NE 5G smartphone supports a whopping 12 5G bands. The upcoming Xiaomi phone has been floating around the rumor mill and making several appearances online in the form of leaks. To add more hype to its imminent launch, the Chinese smartphone company even released an official teaser for the smartphone. Aside from that, the phone’s sleek design, as well as its pricing details have already been tipped.

Xiaomi launched the Mi 11T series smartphones in China earlier this month. Now, the company is gearing up to bring the Mi 11T lineup into the Indian market. The series will feature two models including the Mi 11T and the Mi 11T Pro in the country. More details are likely to be revealed during the launch event for the Mi 11 Lite 5G NE smartphone. However, a new teaser has divulged a piece of vital information ahead of the phone’s imminent launch.

As mentioned earlier, Xiaomi hasn’t refrained from teasing the specifications of the 11 Lite NE 5G smartphone. A new teaser has been revealed in the run-up to the phone’s launch event. The aforesaid teaser claims that the Xiaomi 11 Lite NE 5G will support an impressive 12 5G bands. The device is currently available in some regions across the globe. Sources confirmed this piece of information with MySmartPrice earlier this week. 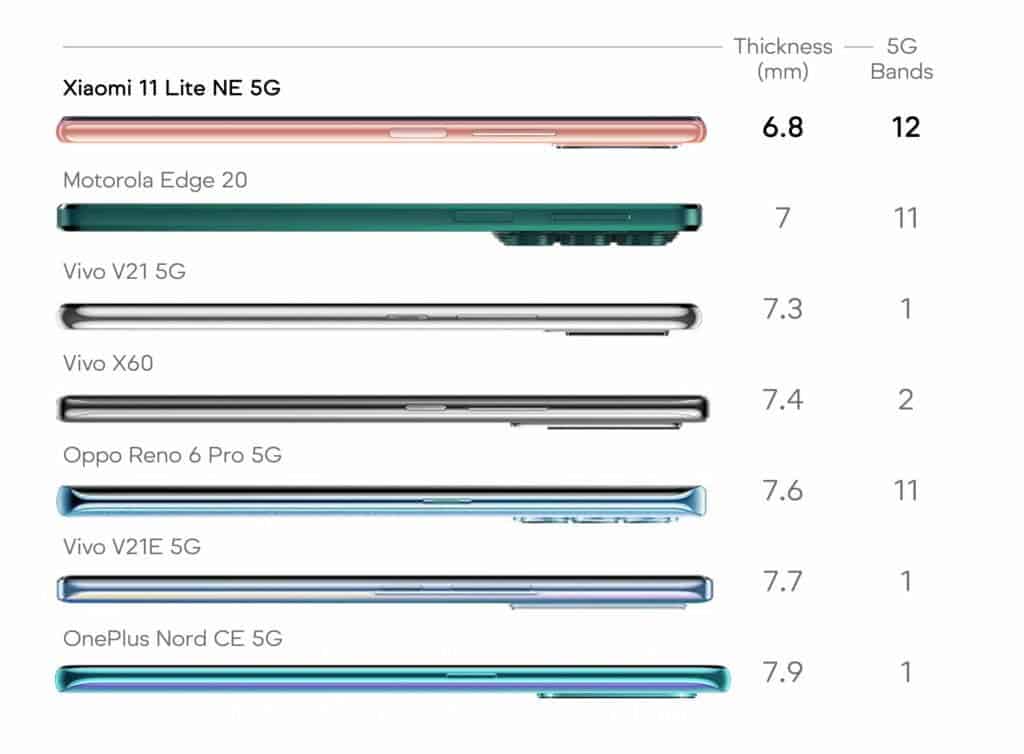 The word on the street is that Xiaomi will sell the 11 Lite NE 5G smartphone for INR 21,999 (about $298) in India. The phone’s starting price in the international market is €349, which converts roughly to about INR 30,000 (about $407). This is the price for the 6GB RAM+128GB storage variant. Although the phone doesn’t cost a bomb, it boasts an impressive array of features and sufficiently good specifications. 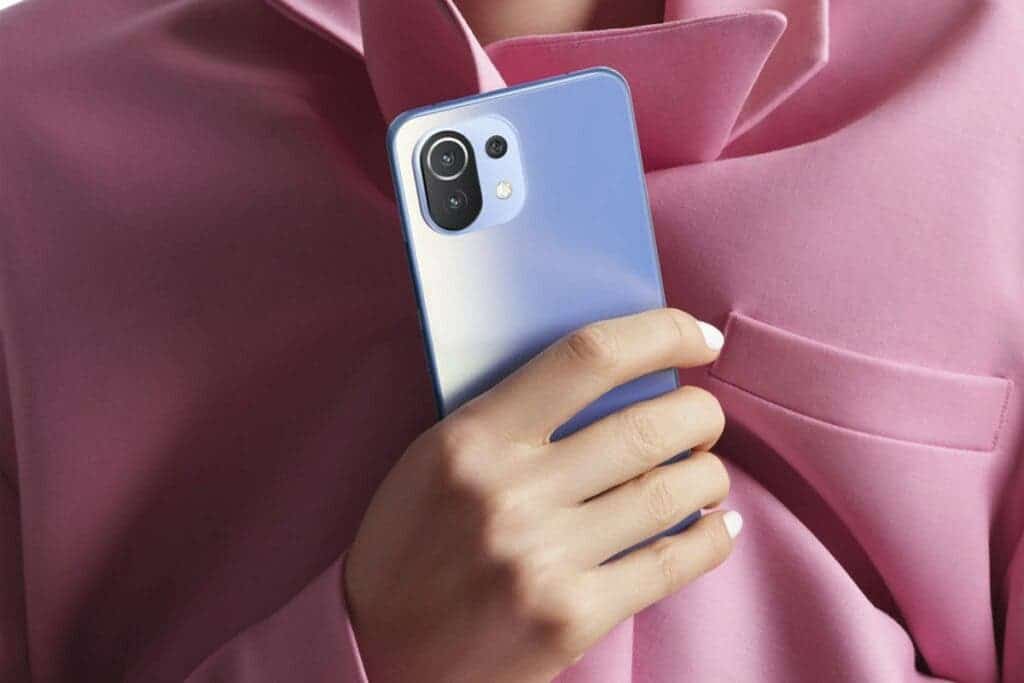 First off, it sports a mammoth 6.55-inch AMOLED screen with Full-HD+ (1080×2400 pixels) resolution. The display houses a punch-hole and is encompassed by slim bezels. Furthermore, the screen offers a 90Hz refresh rate and 20:9 aspect ratio. There’s a side-mounted fingerprint sensor. The phone is likely to come in Snowflake White, Bubblegum Blue, Peach Pink, and Truffle Black color options. In the optics department, the phone has a 64MP main camera, an 8MP ultra-wide sensor, and a 5MP tele-macro lens at the back.

Upfront, it features a 20MP selfie camera. Furthermore, the phone packs a Snapdragon 778G chipset, paired with 8GB of RAM. It ships with 256GB of onboard storage capacity. Moreover, it runs on Android 11 OS with MIUI 12.5 on top. The device draws its juices from a 4,250mAh battery that supports 33W fast-charging. For connectivity, it has a Type-C port, GPS, Bluetooth 5.2, and Wi-Fi 6.

Next Xiaomi Civi To Launch Later This Month, Could Be Rebranded CC11