iQOO is gearing up to introduce a new smartphone for its iQOO Z-series. After launching new flagship contenders in the form of iQOO 8 and iQOO 8 Pro, now the company is targeting the mid-range market. The company will launch the iQOO Z5 that as the moniker implies is a direct successor for the iQOO Z3. Note that the “Z4” is being skipped due to this number associated with bad luck in China. The new handset will go unveiled in China on September 23 and will come faster to the Indian market. After many reports and speculation, the Chinese brand has now confirmed that the iQOO Z5 is coming to India on September 27 at noon local time. The new handset is a premium mid-range smartphone with a sub INR 30,000 price tag which is just around $410. 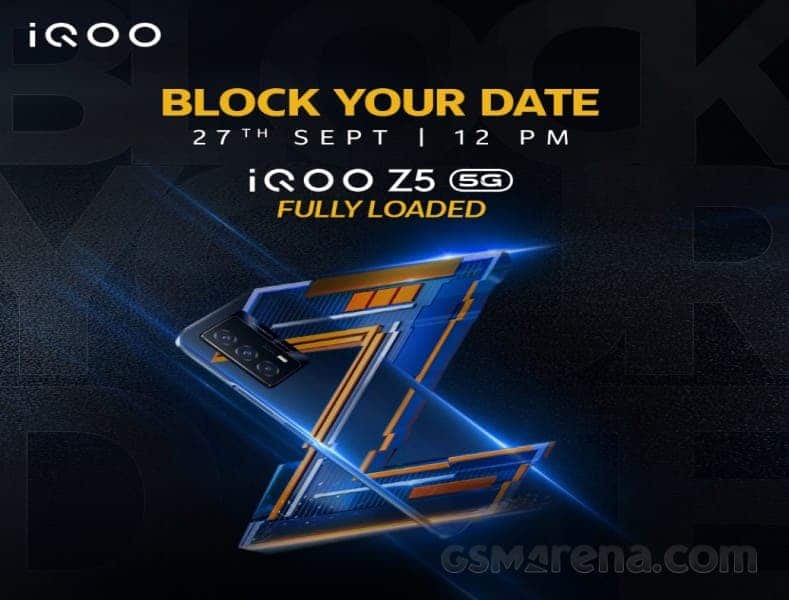 The company’s Indian branch has already sent invites for the September 27 event. It gives a glimpse of the iQOO Z5 design. The device’s rear panel is has a blue-ish tint and houses a 64 MP triple-camera setup. The side of the device has a volume rocker and a power button. It is likely to double as a fingerprint scanner. It’s a surprise to see the iQOO Z5 heading to India in the same month as its Chinese release. After all, the iQOO Z3 took some months to get a global release. As far as the global release goes, the device should hit Europe and other markets shortly after its Indian release, probably in mid-October. 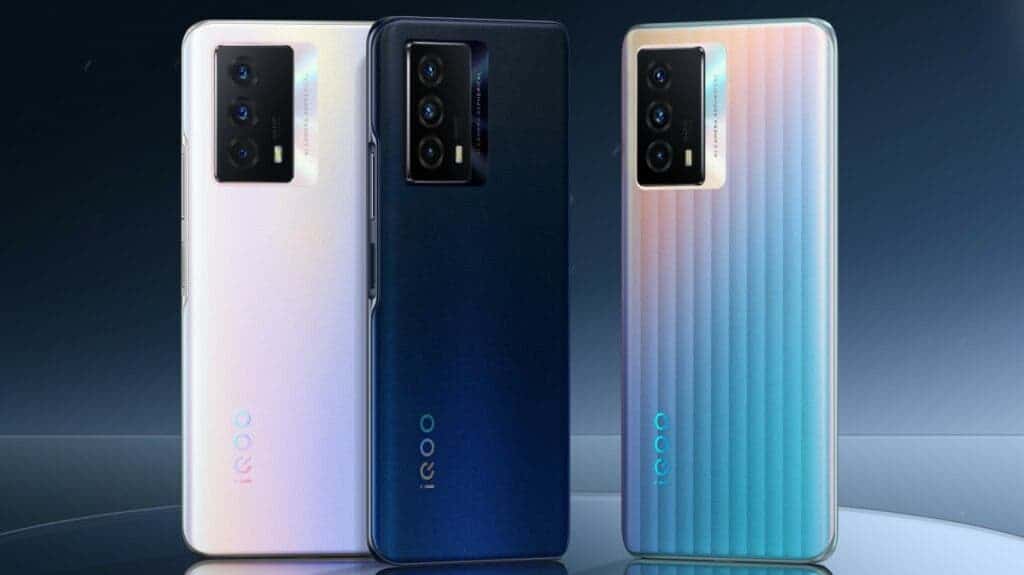 iQOO is building the hype for the handset and revealed the color variants of the handset yesterday. Interestingly, as previous rumors have been suggesting, we can expect three variants of iQOO Z5 – vanilla, Pro, and a Z5x version. Unfortunately, the company didn’t specify which one is which in the photo below. As per GSMArena, the blueish variant is probably the regular unit.

The specifications of the three variants are yet to be officially confirmed. However, we already know that the vanilla will have a Qualcomm Snapdragon 778G SoC, LPDDR5 RAM, UFS 3.1 storage. Furthermore, the device will pack a 120 Hz punch-hole display, stereo speakers, and Hi-Res Audio and Hi-Res Audio Wireless support.

The device will draw its powers from a 5,000 mAh battery, and we expect 55W charging at the bare minimum. In the software front, the Z5 series will likely come with FuntouchOS 12, which despite the suggestive name, will have an underlying Android 11 version.