A wave of leaks has been suggesting the launch of a new Oppo A55 smartphone. However, this is a different device from the one launched in China earlier this year. In counterpart to the Chinese Oppo A55 5G, the new model will carry only 4G connectivity. That’s why we’re calling it Oppo A55 4G. The new variant will launch in a few markets and was recently revealed through Taiwan’s NCC certification. The listing confirmed a 48 MP camera, punch-hole display, and a 5,000 mAh battery. Now, the folks at 91Mobiles have revealed the renders of the smartphone ahead of its launch.

Oppo A55 4G has its design confirmed

As we can see through the images, the Oppo A55 4G shares some similarities with its 5G sibling. However, there are still some screaming differences. The most notable one is that this variant has a punch-hole cutout in the top-left part. To recall, the Oppo A55 5G launched with a waterdrop notch which is very common for low-end smartphones. Now, the 4G variant is taking a step beyond with a punch-hole which can be considered a more modern design than the 2018’s waterdrop notch. The screen has a modern aspect ratio with slim bezels on top and sides, but of course, the chin is a bit raised up.

The Oppo A55 4G also features a triple-camera setup at the rear with a slightly tweaked camera island. The module is placed vertically but it has the LED flash at the lower side of the camera island. Rumors suggest it has a 50 MP camera, but Taiwan’s NCC revealed a 48 MP snapper. Maybe it’s a 48 MP sensor, but Oppo will interpolate and use 50 MP for marketing purposes. 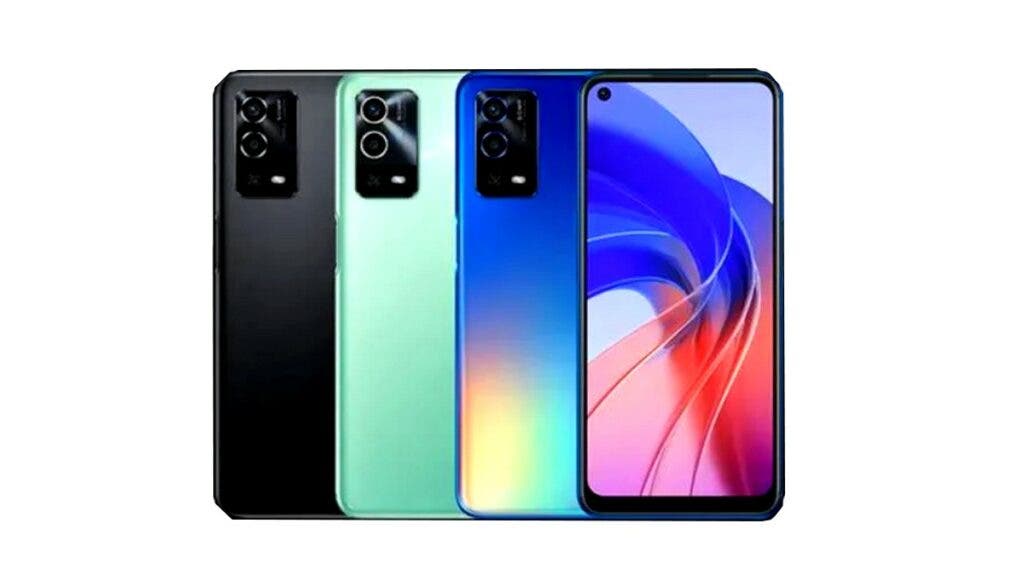 The smartphone has a power button on the right side that doubles as a power button. The power key doubles as a fingerprint scanner. On the left portion of the display, we have the volume rocker. As aforementioned, the device will come with a 5,000 mAh typical battery capacity. For now, it’s unclear if Oppo will pack it with some sort of fast charging. Hopefully, it will have at least 18 W charging.

The renders also confirm that the device will come in at least three colorways. Namely, we have Black, Green, and Gradient Blue colorways.

Next Realme Narzo 50A has key features revealed ahead of launch