Last week, Sony released a new firmware update for the PlayStation 5 which adds new features, such as SSD extension support. However, Sony’s official update log does not give all the updates. According to reports, this version update also improves the performance of PS5. Furthermore, this update improves the frame rate of games such as “Control” and “Devil May Cry 5: Special Edition”. The frame rate increases by 3% to 5%.

This aspect of the update was accidentally discovered by some technical directors of a gaming company. They compared the performance of the new and old PlayStation5 and found that the performance of the old PS5 was better. However, they later discovered the reason for this difference – their old PS5 is running the latest beta firmware version. This makes the PS5 perform better, although the improvement is small.

At present, the beta firmware has been integrated into the latest upgrade. As such, the PlayStation 5 operating performance of each model is exactly the same. Although this is only a small difference, it is interesting that Sony is willing to adjust the performance of the PlayStation 5. However, exactly how Sony did this is still unknown, it may be just a driver update.

In addition, physical game revenue hit 25.6 billion yen ($234.3 million), and digital version + additional revenue (PS store) reached 320.4 billion yen ($2.93 billion). Earlier this year, Sony officially released the PlayStation 5. However, it has been out of stock since the first sale. So many gamers have been waiting for the follow-up batches. 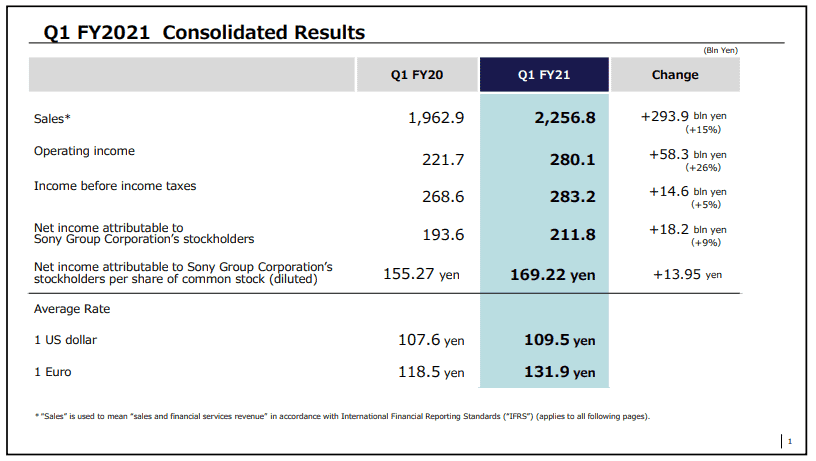 According to the information previously disclosed by Sony, the PlayStation 5 console is expected to continue to suffer from a shortage of supply until 2022. Sony has said that part of the PlayStation 5’s shortage is due to strong demand. But one of the biggest reasons is the shortage of semiconductors and other parts. The current global semiconductor industry suffers a lot because of shortages. This is affecting the production of the Sony PS5. Sony is offering products and services that benefited a lot during the lockdown period. Just take the PlayStation 5 as an example. It has become one of the best products helping people “kill time” at home.

Previous Realme Narzo 50i design leaked ahead of launch

Next Will the next Galaxy Note be foldable? A new patent has appeared