Realme is one of those companies to join the September presentation parade. On September 24, it will host an event dedicated to the presentation of the Realme Band 2 fitness tracker, Neo smart TV and Narzo 50 series of smartphones. The new line of mobile phones may include four devices: Narzo 50, Narzo 50 Pro, Narzo 50A and Narzo 50i.

Realme Narzo 50i design leaked ahead of launch

91mobiles website shared information on the alleged characteristics of the Narzo 50i, and also showed its design. Visually, the smartphone resembles Realme 8, but the main camera compartment was extended so that there was room to write the name of the company. The back cover itself is textured into two three, and the top is smooth. 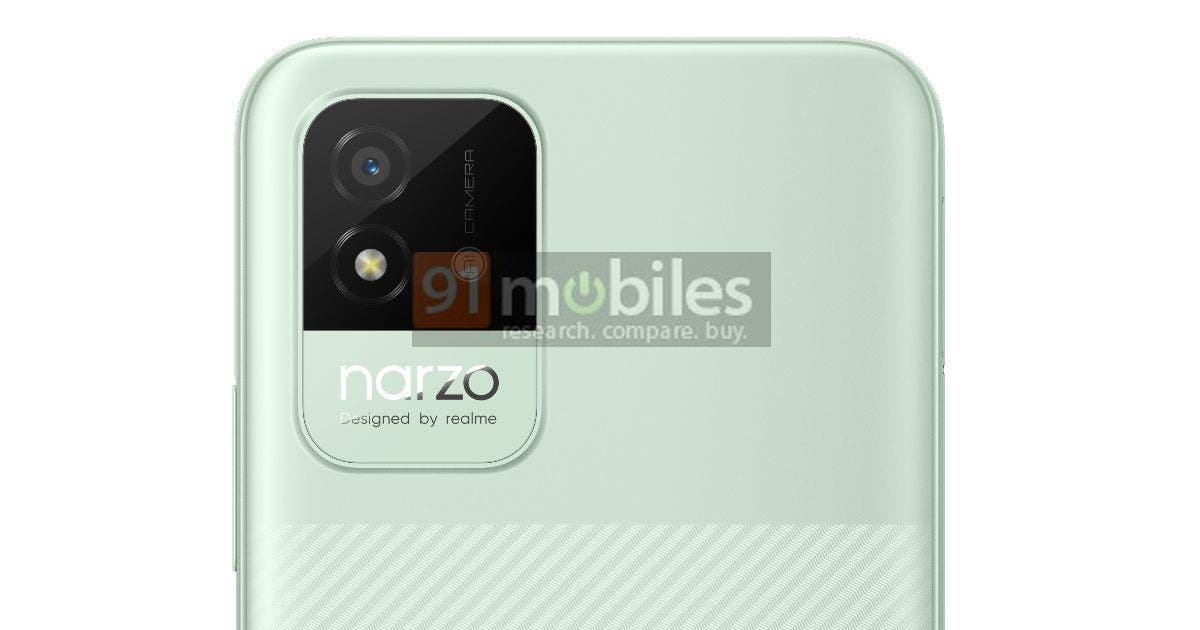 On the right side, the volume rocker and the power button are traditionally located, and on the bottom, there is a charging port and a 3.5 mm headphone jack. On the render, we saw the Narzo 50i in mint color, but there will be other colors. It will be the most affordable smartphone in the lineup and it may not get a fingerprint scanner.

It is assumed that the Realme Narzo 50i will be based on a chip from MediaTek (possibly Helio G85), offer a display with HD + resolution and it will work under the Android 11 operating system. In a few days, we will know everything about the smartphone, we are waiting for the premiere. 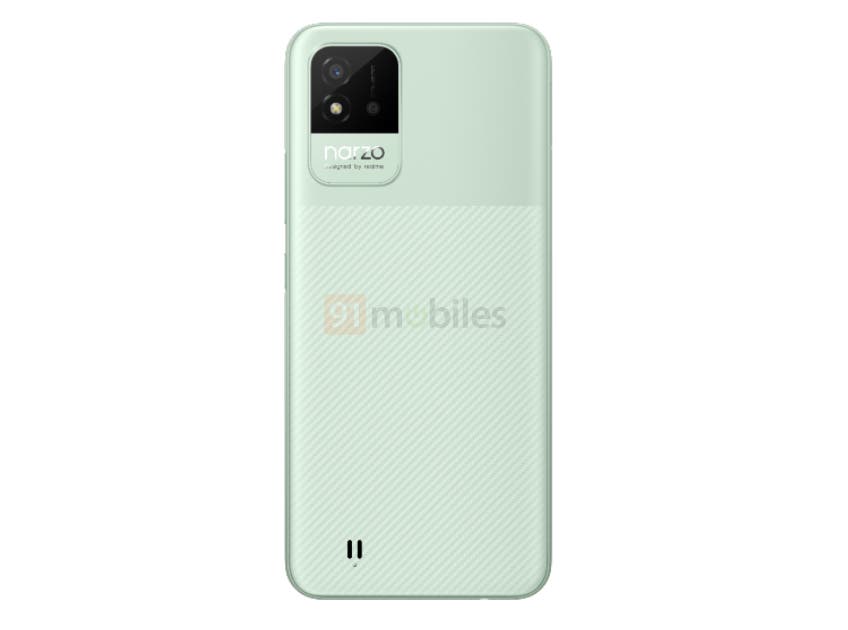 Recently, Realme reported that its product user base has surpassed the iconic 100 million mark. And now the brand’s management has shared its expectations for the near future.

Realme has sold over 100 million smartphones globally over the past three years. The company entered the European market in 2019 and is now one of the five leading players in this region.

The commercial director of the Taiwanese division of Realme Chung Hsiang-Wei told about the plans for the near future. According to him, the company intends to sell the next 100 million smartphones in two years.

The Realme executive says the company’s cell phones are in high demand; due to their attractive price, performance and feature set.

In the future, the company intends to actively develop the direction of intelligent devices of the Internet of Things (AIoT). We are talking about audio devices, wearable gadgets, laptops, tablets and smart displays. Moreover, smartphones will be the center of this entire ecosystem. Anyway, we will wait and see the evolution of this brand.