After much anticipation and leaks, Realme has officially disclosed the Realme Narzo 50. It’s the company’s new budget smartphone and the missing piece in the Realme Narzo 50 family. The device will join the already released Realme Narzo 50i and Narzo 50A that were launched previously in India. This device sits above its siblings in terms of specifications, offering a good mid-range performance for those who don’t need 5G connectivity.

The Realme Narzo 50 certainly cut some corners to bring an appealing price. For instance, the device has a polycarbonate back and a MediaTek Helio G96 SoC. There are also reports about a future 5G variant to be launched alongside a Realme Narzo 50 Pro. For now, let’s just focus on what the vanilla Realme Narzo 50 4G has to offer.

The Realme Narzo 50 flaunts a 6.6-inch IPS LCD screen with a Full HD+ resolution of 2,412 x 1,080 pixels. The device comes with a 120 Hz refresh rate and has the company’s iconic top-left punch-hole for the 16 MP front-facing camera. The display offers a 90.8p recent screen-to-body ratio and 480 nits of brightness.

Under the hood, the phone sports the MediaTek Helio G96 SoC with up to 6 GB of RAM and up to 128 GB of Internal Storage. To those unaware, the MediaTek Helio G96 brings two ARM Cortex-A76 cores and is based on the 12 nm TSMC manufacturing process. The phone supports storage expansion via a micro SD card slot. Furthermore, it also has up to 3 GB of virtual RAM support. 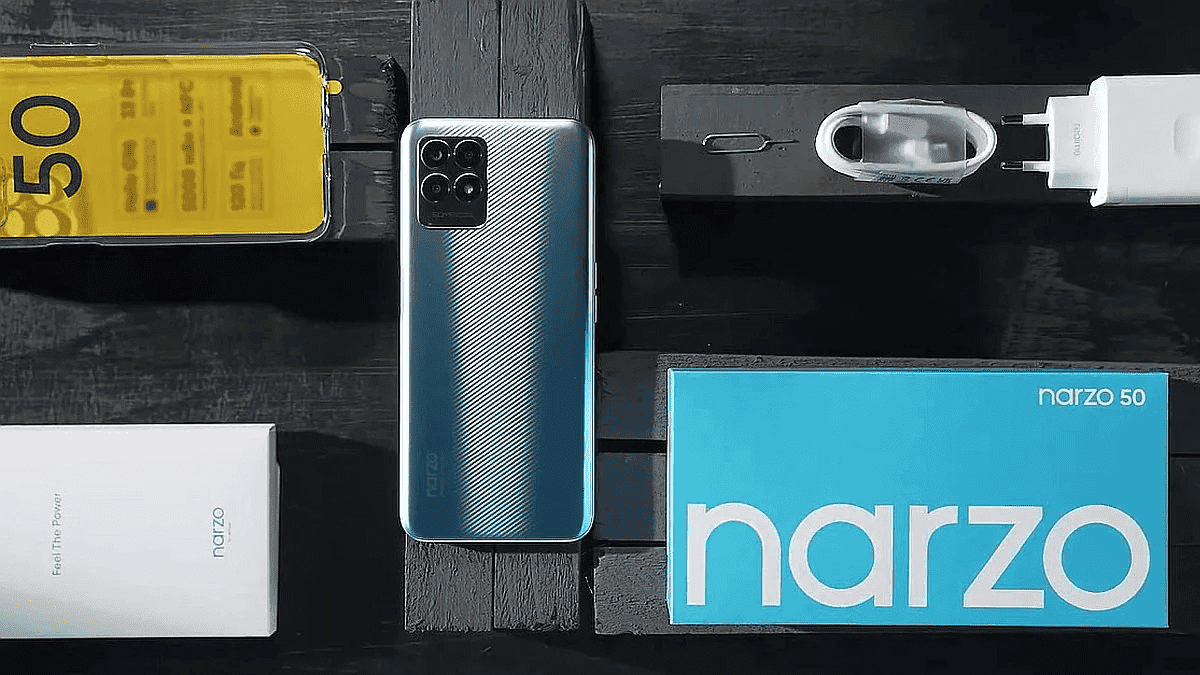 Moving around to the back, the Realme Narzo 50 sports a triple-camera setup. The main camera is a 50 MP snapper with an f/1.8 aperture. There is also a 2 MP macro snapper and a 2 MP black and white lens.

In terms of software, the Narzo 50 does not bring any surprise. It is still running the outdated Android 11-based Realme UI 2.0. Those acquiring this device can only sit and wait for an update to Android 12 with Realme UI 3.0. It may take a few months to arrive. The device comes with dual-band Wi-Fi 5, and Bluetooth 5.1. Other features include a 3.5 mm headphone jack and a side-mounted fingerprint scanner.

The device draws powers from a 5,000 mAh battery with 33W fast-charging support.

Next Realme 9 5G: leak reveals multiple variants ahead of launch