Perhaps Samsung has prepared a different fate for this line and will move from the usual monoblock devices to the production of folding devices. This assumption was made by the fact that the company registered the Flex Note trademark. The emergence of this information coincided with the publication of a patent by the National Intellectual Property Office of China, which describes the company’s new smartphone. 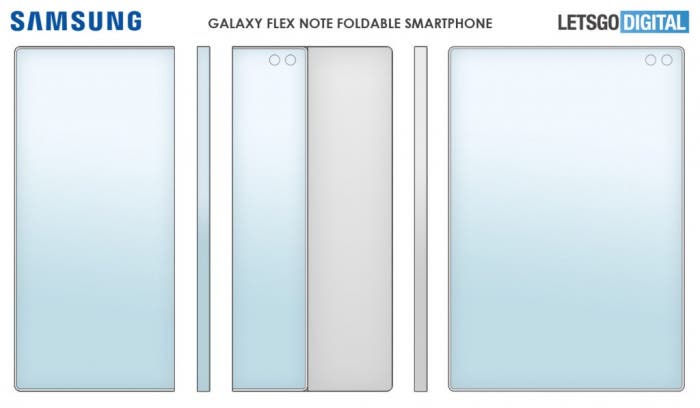 Before us is a folding mobile phone, where a flexible panel goes to the back panel, covering it by almost half. It turned out to be a kind of analog of Xiaomi Mi Mix Alpha, but with a folding form factor. Noteworthy is the presence of a compartment for the stylus with a magnetic mount and the presence of a dual camera; which is located on the backside of the screen.

At the moment, this is only a patent, which can be implemented in this way. There is no certainty that the company will release such a device; and it will become part of the Galaxy Note line. Now, this is just an idea and an assumption that this could be a new device of the Galaxy Note series; and all due to the presence of stylus support. 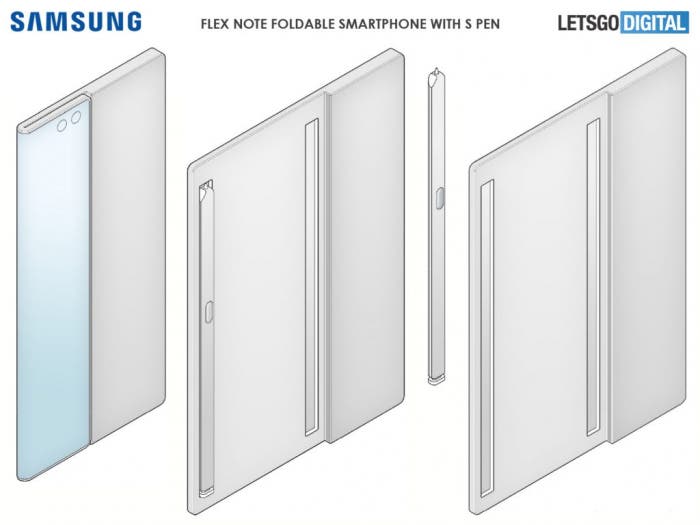 It has already become clear that Samsung will not release the Galaxy Note 21 flagship smartphone this year. And it is unlikely to come out in the next few months. Recent data from the South Korean patent offices indicate that Samsung’s Note series of smartphones will disappear forever.

Samsung recently renewed multiple trademark rights in South Korea, according to GalaxyClub. We are talking about Galaxy S, Galaxy Z, Galaxy M and Galaxy A. But the Galaxy Note series is not mentioned. The absence of this series in the list eloquently hints that the company does not intend to use the Galaxy Note trademark for new smartphones anymore; which means that the Galaxy Note 20 will become the last representative of the most famous series.

In addition, Samsung has extended support for the S Pen stylus. Previously, it could only be used with flagship Note series smartphones; now the Galaxy S21 Ultra and the Galaxy Z Fold 3 also have digital pen support.

Next Netflix launches a free plan for Android devices