The Galaxy S22 Ultra had most of its specifications and details leaked ahead of launch. For that reason, we have been able to draw a picture of Samsung’s purpose with this device. Instead of refreshing the “Ultra” flagship, Samsung decided to make it not only the best smartphone in the S-series but also a new replacement for the long-running Galaxy Note series. The Galaxy S22 Ultra brings the most impressive specifications in the S22 trio but also brings some Note features like an S Pen slot and flatter edges. As previously stated, the Galaxy S22 Ultra is coming to be Samsung’s new king of phablets, or the new smartphone to rule the Note series. Without further ado, let’s see what makes this flagship special.

The Samsung Galaxy S22 Ultra is quite similar to the Note 20 Ultra or at least brings some of its aesthetics. The device has flattened front, back, top, and bottom with curved edges. The device also arrives in a Burgundy color that will resemble the Mystic Bronze color. When it comes to the camera design, we’re seeing the first significant change in the S series for a while. The device leaves behind the big island and switches for a dual raindrop design. The handset packs an aluminum frame in the best Galaxy Note nostalgic appeal and has a Corning Gorilla Glass Victus+ covering the front and back. The phone has an S Pen slot at the bottom and offers IP68 certification. 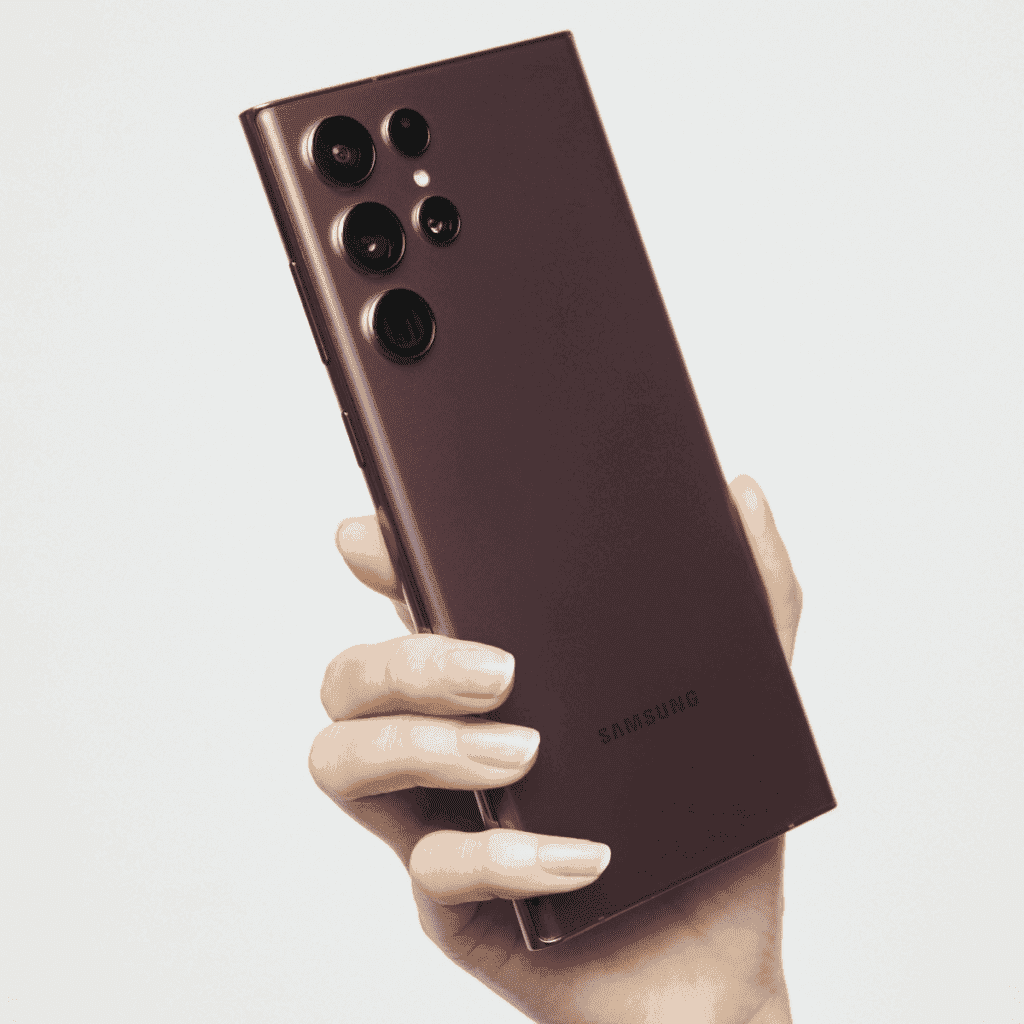 The new S Pen features an updated latency of 2.8 ms and AI-based coordinate prediction technology. Samsung is also improving the handwriting to text feature and it now supports around 88 languages. There is a new Quick Note feature that allows the user to attach or link contained in a Pop Up not within Samsung’s apps like Browser and Gallery. There is also a new Collaboration View feature that enables syncing between a Galaxy S22 Ultra and the Tab S8 series. 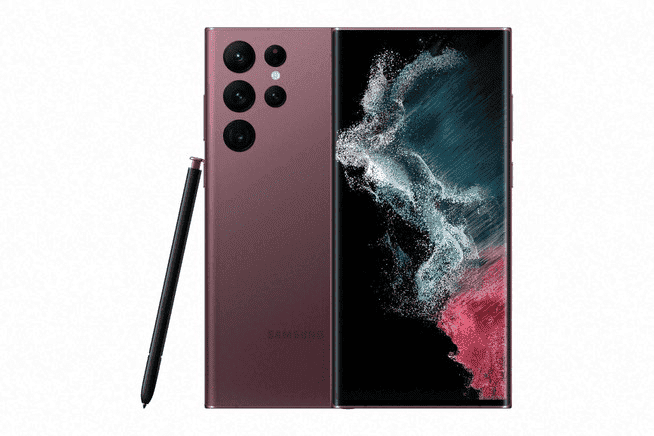 Under the hood, the Galaxy S22 Ultra will come with the Exynos 2200 or the Snapdragon 8 Gen 1 depending on the region. Both chipsets bring the same 4 nm fabrication process and the same composition of ARMv9 cores. The big difference is that Qualcomm’s has an Adreno 730 GPU, and Samsung offers the new AMD RDNA2-based Xclipse 920 GPU.

Samsung is keeping almost the same hardware as S21 Ultra. To enhance everything, the company relies on AI through a new NPU. It will improve the photo, video, and low-light performance of the setup. 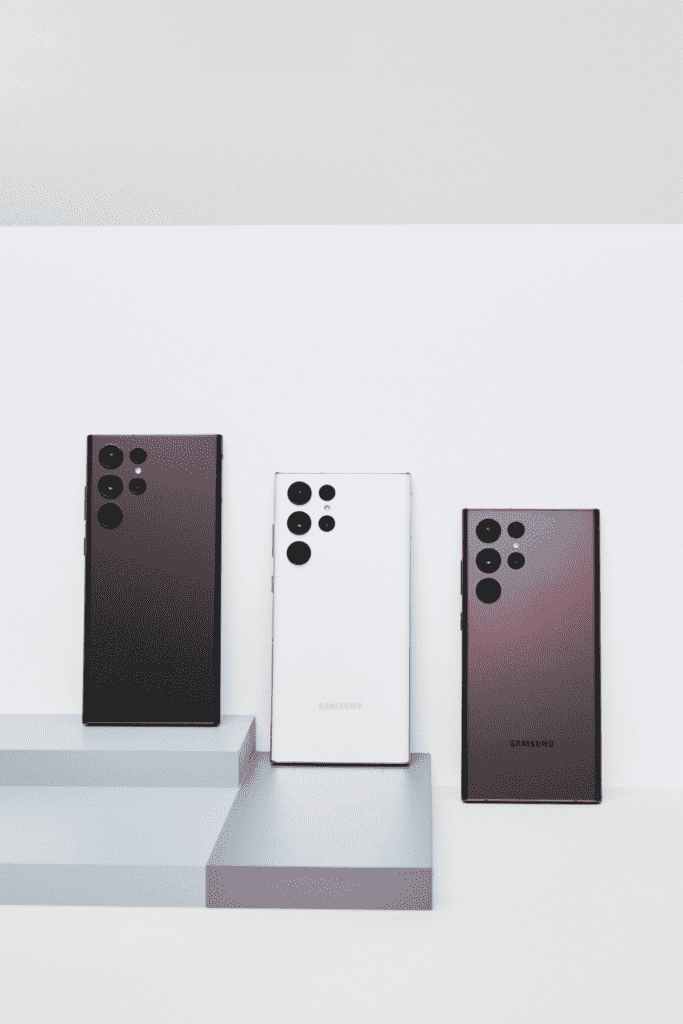 There are also new portrait mode effects to produce cleaner results and better background separation. Moreover, there is a night portrait mode that detects low-light conditions automatically. There is also a new feature dubbed Auto Framing. It uses the ultrawide camera and allows the phone to crop in and adjust the shot for the number of people in the frame. It can also track up to ten people at once and automatically zoom out when more people walk in. In comparison, the feature almost works like Apple’s CenterStage feature, but for photos.

Software and other features

The Galaxy S22 Ultra runs Android 12-based One UI 4.1 just like its siblings. The device gets the biggest battery in the family with a 5,000 mAh capacity. It charges as fast as the Galaxy S22+ with 45W charging and also supports 15W wireless charging.

The Galaxy S22 Ultra’s pricing starts at $1,199 for the variant with 8 GB of RAM and 128 GB of Internal Storage. The price of the other versions is yet to be detailed. The phone comes in Phantom Black, Phantom White, Green, and Burgundy colorways. There are Samsung.com exclusive colors such as Graphite, Red, and Sky Blue. The pre-orders will be open on February 25.