Today, Apple released the first beta version of iOS 15.1 and iPadOS 15.1 to developers. iOS 15.1 can be downloaded from the Apple Developer Center. Also, the configuration file can be installed via an OTA upgrade. At the same time, Apple also released beta versions of watchOS 8.1 and tvOS 15.1. iOS 15.1 includes some features originally scheduled to be launched in iOS 15, such as SharePlay. 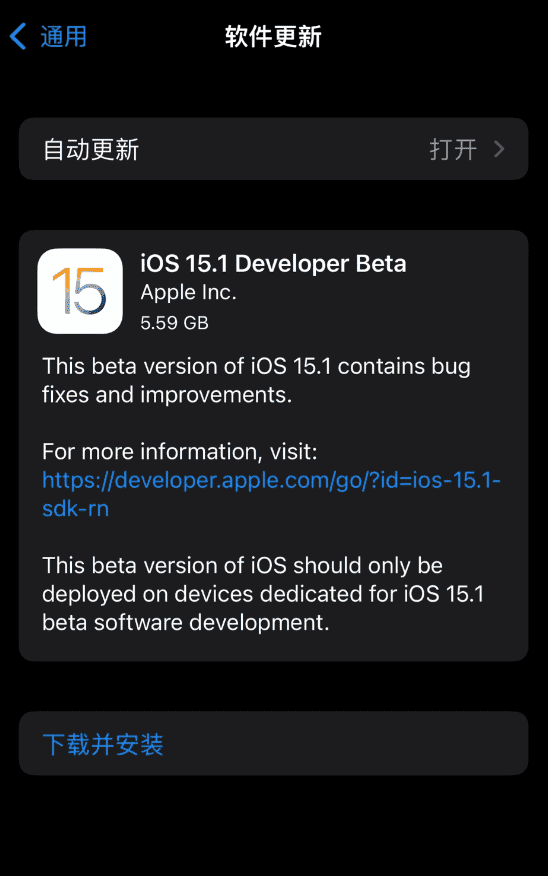 As an extended version of iOS 15, the new system mainly fixes some system bugs. In addition to iOS 15.1, Apple also released the HomePod 5.1 beta, adding lossless audio and Dolby Atmos support to HomePod and HomePod mini. However, the HomePod beta software is an invitation-only version. As of now, this software is only available for testing by developers.

Apple said earlier this year that for various reasons, it will not automatically push iOS 15 to users. The company also pointed out that it will continue to provide security updates for iOS 14 after the launch of the new operating system. Users who are still using iOS 14 will see two software update options in the settings. One of the updates is for the latest iOS 14 version with bug fixe while the other update is the iOS 15 upgrade.

In addition, Apple also stopped signing the iOS 14.7.1 code, thus ending the downgrade operation from iOS 14.8. Apple released iOS 14.7.1 in late July as a patch to solve the inability of the iPhone to unlock the Apple Watch using Touch ID. The patch also fixes a security vulnerability that allows attackers to execute arbitrary code with kernel privileges. According to reports, the security vulnerability was used in a zero-click attack deployed in the Pegasus hacking tool of NSO Group.

Actually, the devices that support iOS 13 and iOS 14 will also support this update

Just like the iOS 15, the iPadOS 15 is compatible with all the devices that can run iPadOS 13 as well as iPadOS 14. The official list includes

Previous Galaxy Note series is over, Galaxy S will be the new the Note

Next The EU will force smartphones & tablets to use universal chargers