A recent report shows that the European Commission will propose a bill on Thursday to try to pass a new legislation. This legislation will allow mobile phones, tablets, and headsets to use universal chargers. If this legislation pulls through, it will significantly affect Apple. Over the past decade or so, senior EU officials and legislators have been considering forcing manufacturers to use universal chargers. They believe that this not only protects the environment but also makes it easier for users to use. 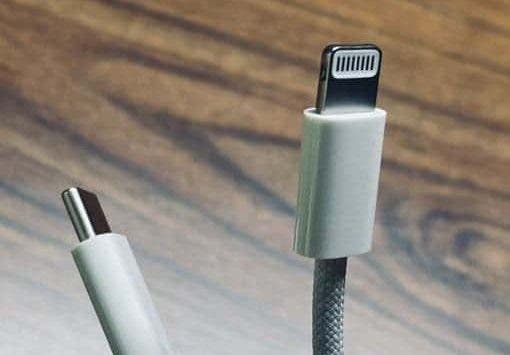 Apple’s iPhone uses the Lightning interface. If this new plan pulls through, it will hinder innovation and create a huge amount of electronic waste. However, it appears that in the long run, there will be a lot of positives. Users will have more options and swapping between Android smartphones and iPhones devices will no longer have charger incompatibility issues.

In the current market, most Android phones have been upgraded to the USB Type-C interface. However, Apple iPhones are still using the Lightning interface. As of now, it is still unclear which type of interface the EU will adopt for uniform use. However, there is a high probability that it will be the USB Type-C solution.

European Union’s new legislation will affect Apple the most

Like we said earlier, the EU will most likely adopt the USB Type-C solution. If this happens, it will not be good news for Apple. According to a study from 2019, ordered by the EC, a Lightning connector is used in only 21% of smartphones, with 79% being micro USB or USB-C. The source did not give any more details on drafting the legislation, but we already know lawmakers at the European Parliament voted in favor of a common charger. The main reasons behind the new legislation promoting the unification of charger standards are environmental impact and user convenience.

Apple, of course, disagrees with the new legislation. According to the Cupertino-based firm, a universal solution will “hurt innovation”. In addition, it will create “a mountain of electric waste” if consumers were forced to switch to new chargers. It also states that the industry is naturally moving towards a USB-C solution, so any direct regulation will be unnecessary.