Samsung revolutionized the world of smartphones when it introduce the first Galaxy Note series. The smartphone era started with small displays, but Samsung’s Note smartphone started the trend of “phablets” and also has shown to the world that “Styluses” could be useful. The Note devices started as beefed flagships, but in recent years, Samsung has been reducing the difference between the regular Galaxy S series and the Note series. This year, the company decided to not bring a new Note smartphone putting the future of the lineup in check. The company will now focus in its foldable lineups and the regular flagship smartphones. According to the reliable tipster, IceUniverse, the Galaxy S series has become the new Note series. As a result, we shouldn’t be seeing new Note smartphones next year.

Update: Note is over, but it's not over. S becomes Note!

Rumors have been suggesting the end of the Galaxy Note series since the last year. However, if this was just an idea for Samsung, the chipset crisis certainly helped the company to make a decision. Now, it seems that the Note 22 won’t come next year. The first step to make the Galaxy S series close to the Galaxy Note series was to include S Pen support for the Galaxy S21 Ultra. Interestingly, the recent Galaxy Z Fold3 also supports the S Pen. Now, users can have the S Pen experience in pretty much two Galaxy flagship smartphones.

The Note is over, but it’s not over

Previously, Samsung trademarked the name “Galaxy Flex Note” suggesting the return of the series. The device in question is rumored to be foldable with support for S Pen. However, that is exactly the case with the Galaxy Z Fold3. The latest bit certainly will be good for the Note userbase that has been missing the king of phablets. The Galaxy S21 Ultra has reduced the differences between the Note and S series with massive battery and S Pen support. The next year’s Galaxy S22 Ultra should be the definitive smartphone for those who missed a Note 21 series. 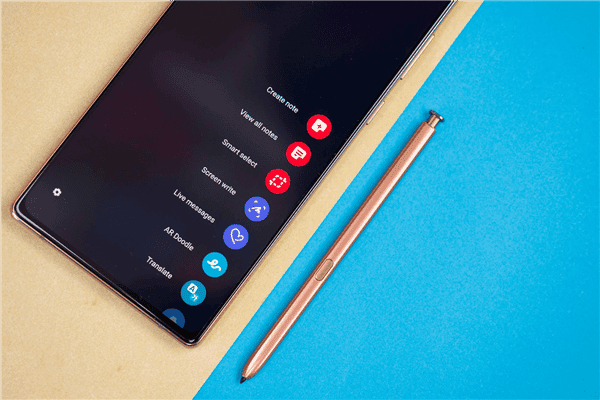 Unfortunately, the only missing thing to make the Galaxy S Ultra stand as a Note substitute is the S Pen. While the device offers support for it, it still does not come with it. Users have to purchase the stylus separately if they want to get the Note experience. We could be seeing Samsung adding it natively, but this is just speculation now. After all, we can’t set this in stone, especially when the company isn’t even giving a charging adapter anymore.

Previous Galaxy S21 FE launch is at risk: Only 10,000 units produced in September

Next Apple releases the beta version of iOS 15.1 & iPadOS 15.1 to developers