Oppo F19s design renders have surfaced online, giving us a glimpse of the upcoming phone’s awe-inspiring outward appearance. The F19s have been subject to a lot of leaks lately. Earlier this month, the Oppo F19s price in India was leaked, along with some other key specs. The phone is on the verge of hitting the store shelves in India. However, a set of leaked renders have already revealed its color options and other details.

The F19s arrived on the Geekbench benchmarking website with model number CPH2223 earlier this week. As expected, the Geekbench listing revealed some vital information about the upcoming smartphone. According to a report from PriceBaba, the aforesaid model number has already passed through the Bluetooth SIG certification. The phone’s appearances on various certification websites imply that it is set to launch soon.

The recently surfaced Oppo F19s high-resolution renders revealed the color variants. You will be able to choose between eye-catching color options including Gold and a black variant. Furthermore, the renders give us a glimpse of the phone’s rectangular camera setup. According to the MySmartPrice report, the phone could house a 48MP main camera along with two more lenses. 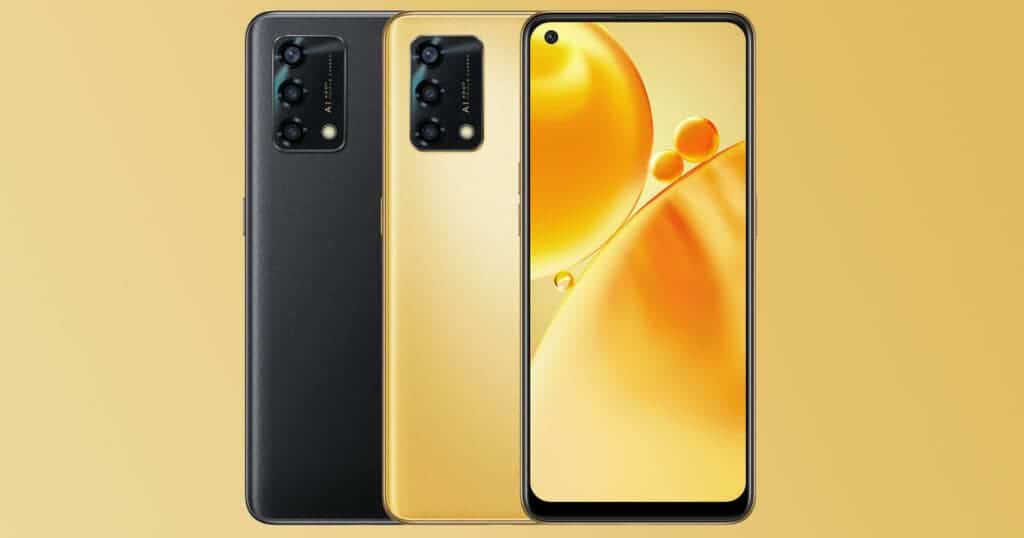 There’s no fingerprint scanner or power button at the back. However, the side edge has a notable bulge. The phone is tipped to sport a 6.43-inch AMOLED display with Full-HD+ resolution and a 20:9 aspect ratio. This display is likely to sport a punch-hole cut out to accommodate the front shooter. Moreover, it could come with an in-display fingerprint scanner.

On the photography front, the Oppo F19s will house a triple camera setup that includes a 48MP main camera, a 2MP lens for macro photography, and a 2MP lens for depth sensing. Upfront, the phone houses a 16MP Sony IMX471 punch-hole camera for selfies and video calling. Earlier reports claim that the phone will pack Qualcomm’s Snapdragon 662 SoC under the hood.

Furthermore, the phone is likely to ship with 6GB of RAM and borrow additional RAM from the phone’s onboard storage. The Oppo F19s will come running on Android 11 OS with Color OS 11.1 on top. Moreover, it is likely to use a 5000 mAh battery with 33W fast charging support to power up the entire system.

The F19s is the fourth entrant in Oppo’s well-received mid-range F-series smartphones in India. The company has already launched three phones including the F19, F19 Pro, and the F19 Pro+ 5G in the series. Oppo has kept the exact launch date for the F19s under wraps. However, noted tipster Abhishek Yadav claims that it will retail for INR 19,990 in India.

Next iPhone 13 Mini Could Be The Last Mini iPhone Model, No iPhone 14 mini?