Microsoft’s failure in the smartphone scene forced them to retreat and consider alternative ideas. After a lot of brainstorms, the company unveiled its dual-screen smartphone running Android – Surface Duo. The device took a while to arrive and was already quite outdated in terms of specifications. To address all the shortcomings, the company unveiled the Surface Duo 2 with enhanced specifications and 5G. The company has now confirmed that it plans to update the Surface Duo 2 with three years of updates. However, this does not say much as the Microsoft Surface Duo also is covered by this promise and still runs on Android 10.

We are committed to providing three years of OS and security updates,”

As per the report, the same was promised when the first Surface Duo was announced. Even so, the first generation smartphone still runs Android 10 from 2019. Microsoft promised to bring Android 11 for the device before the end of this year. This shows how the company is having trouble keeping its only smartphone running the latest version of Android. In the next month, Android 11 we running an outdated version of Android will be officially outdated. The device is eligible for Android 12, but how long an update with it will take?

Microsoft has been working hard to refine and enhance the software of the Duo since its release. The device was the experiment and is reaching a stable point right now, so the company may find the balance in the coming months. The Surface Duo 2 will already come with Android 11. As a result, an update for Android 12 is more than natural. Hopefully, the device will get it faster than its predecessor.

The Surface Duo 2 improves the hardware

The US-based company held its surface hardware announcement this week. It unveiled a set of new Surface computers and the Surface Duo 2. For those unaware, the Surface Duo 2 packs a new triple-camera setup, a larger battery, and new displays. Under the hood, it boasts Qualcomm Snapdragon 888 5G SoC. The device also received some tweaks for its dual-screen hardware, and hopefully, the experience will be better now. The device also packs NFC and curved inside edges of the screen which make it easy to see notifications and the time while the device is closed. 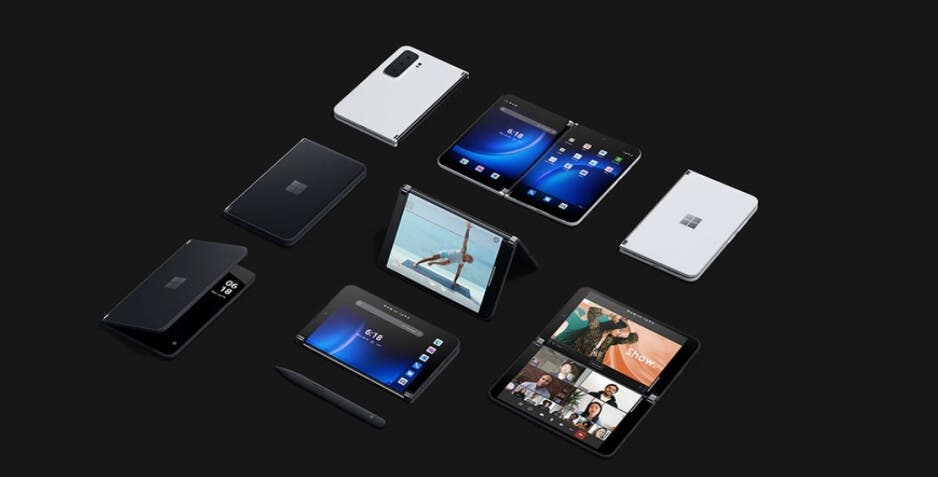 It’s not a cheap device, and hopefully, customers will get the treatment they deserve in terms of software updates. Of course, as a unique device, we acknowledge the several challenges the company needs to overcome to adapt Android to a dual-screen experience.

Next First image of a shattered iPhone 13 Pro appears online