Moto E40 smartphone’s design and some key specifications have surfaced on the web, before its official unveiling. Motorola is gearing up to take the wraps off a new E-series smartphone dubbed, the Moto E40. The purported handset has been subject to multiple leaks lately. Moreover, it has passed through several certification websites including Geekbench.

Aside from that, noted tipster Evan Blass has revealed some vital pieces of information about the E40 via an official-looking render. Moreover, the phone has made its appearance on the TUV and NBTC certification websites earlier this month. Now, just ahead of the phone’s official debut, another renowned leaker Sudhanshu Ambhore has posted new renders of the E40 to his Twitter account.

The recently surfaced renders suggest that the Moto E40 will come with a punch-hole display. In the optics department, it will house three rear-mounted cameras. Moreover, the back panel will house a fingerprint sensor. Earlier reports claim that the phone will sport a 6.5-inch IPS LCD display that offers an HD+ resolution (1600 x 720 pixels). Aside from that, it offers a 20:9 aspect ratio, coupled with a refresh rate of 90Hz. The phone could pack a Unisoc T700 chipset under the hood.

The processor could be paired with 4GB of RAM, according to a report from MySmartPrice. Furthermore, the E40 is likely to ship with 64GB of onboard storage capacity. On top of that, the smartphone could come running Android 11 (Go Edition) out of the box. The triple camera setup could feature a 48MP main camera, a 2MP macro, and a 2MP depth sensor. Upfront, the phone houses an 8MP shooter with an f/2.2 aperture.

The phone is tipped to boast an array of other notable features. For instance, it is likely to come with a fingerprint scanner, dual-SIM support, and an IP52 rating. For connectivity, it is likely to include a USB Type-C 2.0 port, along with an FM radio, Bluetooth 5.0, GPS, WiFi, and a 3.5mm audio jack. In addition to that, the phone will have a dedicated button to summon Google Assistant. If the leaked renders are anything to go by, the phone’s dimensions are 165.08 x 75.64 x 9.14 mm and it will weigh about 198 grams.

Motorola is also planning to unveil the Moto G Pure smartphone. A new render of the G Pure shows a teardrop notch display and considerably thick china. There’s a vertically aligned dual-camera setup at the back. Moreover, the Motorola batwing is on the back, and it serves as a fingerprint scanner. The volume and power keys are available on the right edge. 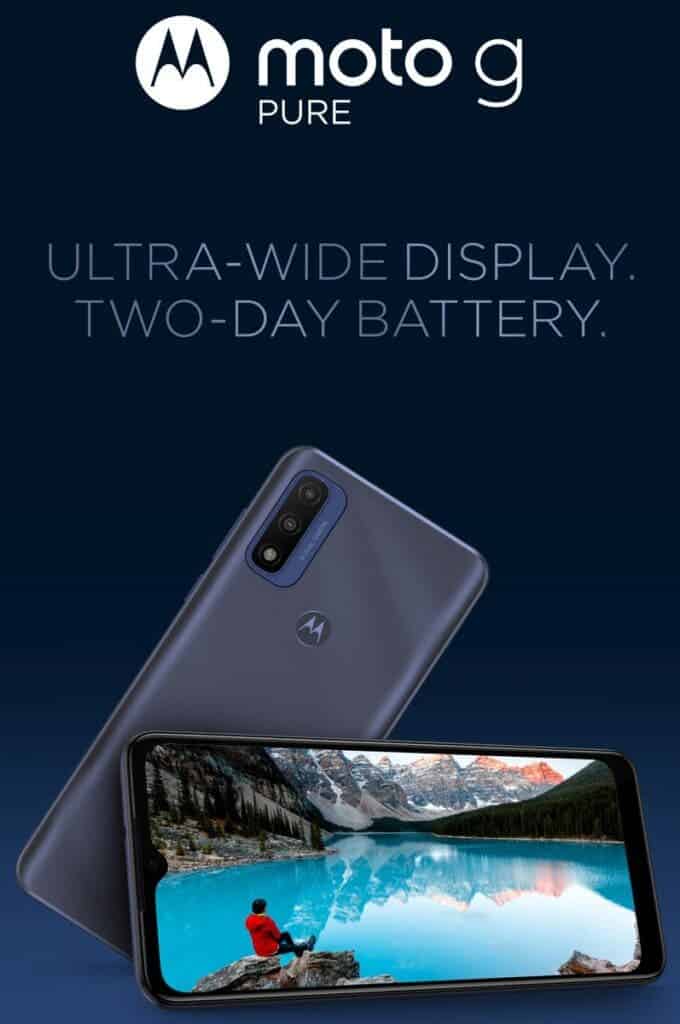 A previously leaked image of the Moto G Pure implies that the phone will come with a 3.5mm audio jack and a USB-C port. Furthermore, it is likely to go on sale in Electric Graphite and Lagoon Green color options. It could sport a 6.5-inch AMOLED display, and pack an Helio G25 or G35 chip under the hood. The phone could ship with 3GB of RAM and 32GB of built-in storage.

Next New leaked data on the upcoming DJI Mavic 3 Pro