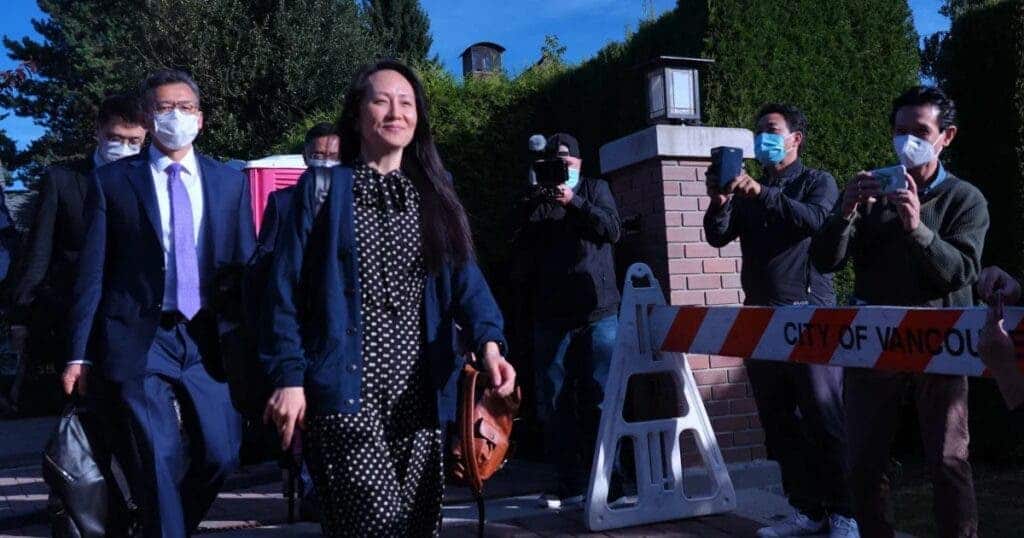 Huawei’s lawyer previously issued a statement stating that Ms. Meng did not plead guilty. According to the agreement of the U.S. Department of Justice, she will not be further prosecuted by the U.S. Furthermore, the extradition process in Canada is now void. According to the lawyer, in about 14 months, there will be no more allegations against Ms. Meng.

According to CCTV News, Chinese Foreign Ministry spokesperson, Hua Chunying, said “China’s position on the Meng Wanzhou incident is consistent and clear. The US accusation of Ms. Meng is completely unbelievable and untrue. Even HSBC, which the U.S. refers to as a “victim,” has issued documents sufficient to prove Huawei’s CFO innocence. The actions of the United States and Canada are typical arbitrary detentions”.

According to the Huawei Voice Community, Huawei issued a statement saying “We look forward to Ms. Meng Wanzhou’s safe return to China as soon as possible and reunite with her family. Huawei will continue to defend its rights in corporate litigation in the Federal District Court for the Eastern District of New York”.

Huawei’s lawyersWilliam W. Taylor said “I am very happy that Ms. Meng Wanzhou has reached a deferred prosecution agreement with the U.S. Department of Justice, and the agreement has been approved by Judge Ann M. Donnelly of the Eastern District of New York. According to the terms of the agreement, she will not be further sued by the United States. Also, the extradition process in Canada is no longer valid. Ms. Meng did not plead guilty, and we look forward to the fact that the charges against her will be completely dropped in 14 months. Now she is about to regain her freedom and go home to reunite with her family.